Mort Drucker inducted into the Society of Illustrators Hall of Fame

On Thursday, June 22, our own Mort Drucker was officially inducted into the prestigious Society of Illustrators Hall of Fame, in New York City.

Drucker was the first to be acknowledged this night, and after a short video showcasing highlights of his work and career, Mort took the podium to thank the Society, and made special note to thank his longtime friend and Editor from Mad magazine, Nick Meglin, as well as his wife, Barbara, both of whom were in attendance.

In the crowd alongside friends and family with Nick were past and present Mad staffers Sam Viviano and Charlie Kochman, a handful of Mad’s Usual Gang of Idiots, and NCS President Bill Morrison.

Burne Hogarth was a member of the NCS, and Anita Kunz and Ralph Steadman are both previous Reubens speakers. 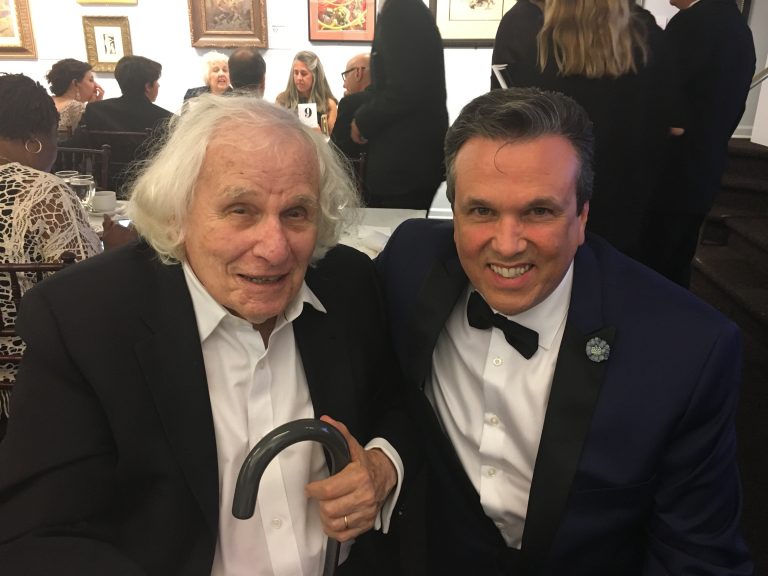 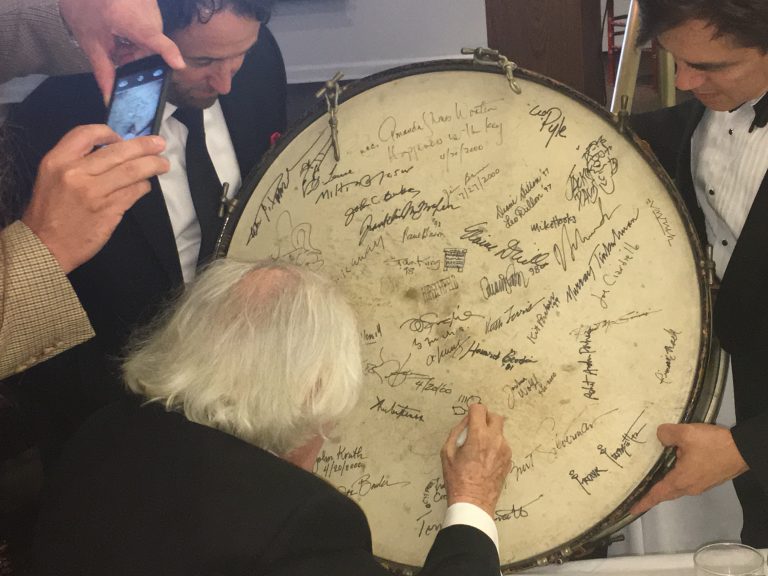 Mort signs the Hall of Fame drum at the Society.