As a professional society, members of the National Cartoonists Society (NCS) have a tradition of lending their talents to worthy causes.  The following are three different ways our members have recently supported the most precious people we know. 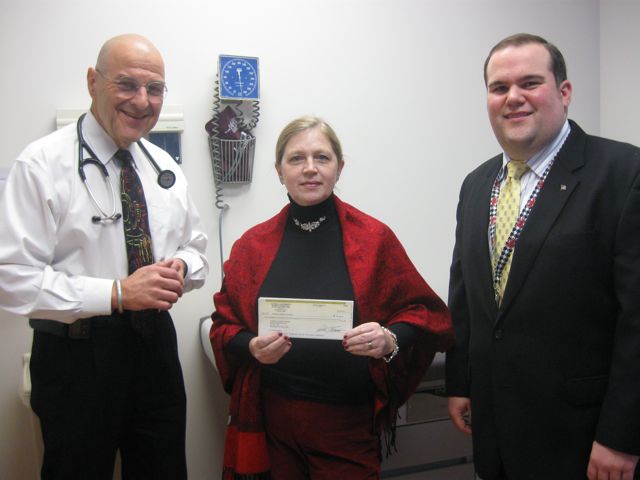 Checks were formally presented to both MargaretAnn’s Place and the Children’s Hospitals of Wisconsin’s Kenosha Clinic by Anne Morse Hambrock, Director of the Kenosha Festival of Cartooning.  The money was raised at the September festival during a Silent Auction of original comic art.  A special thanks to Rick Stromoski for helping to organize the auction on behalf of The National Cartoonists Society Foundation (NCSF), and to the many NCS members who donated art. 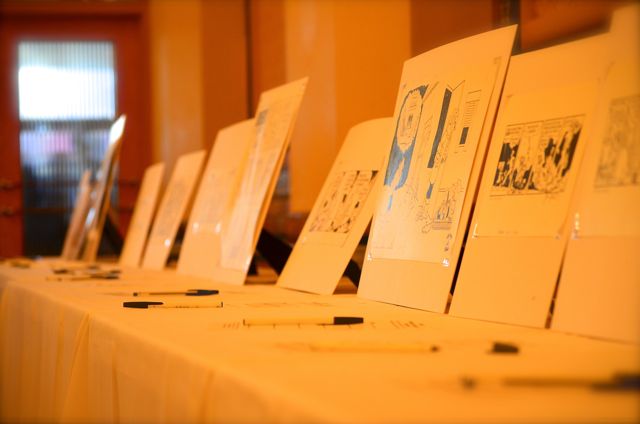 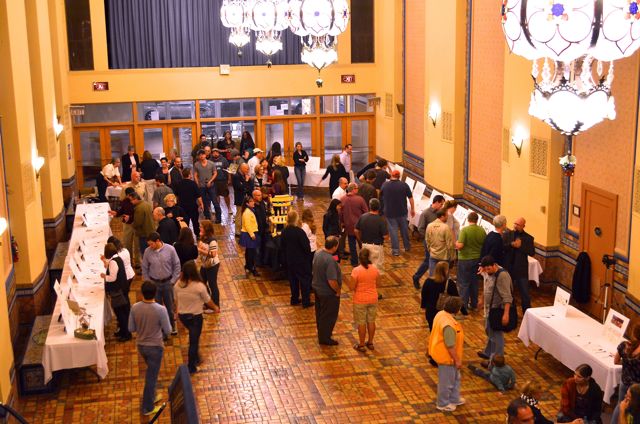 As Anne reports on the Festival’s blog, “Over $5,000 was raised for each charity!” 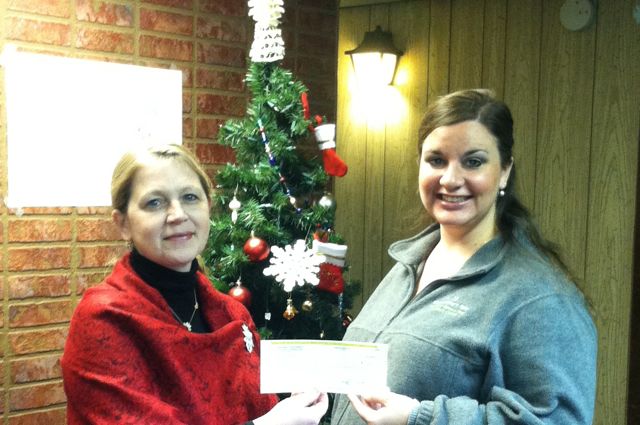 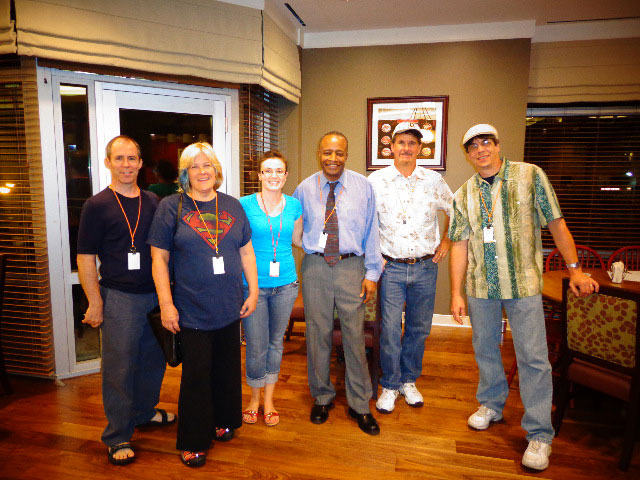 Chicago Chapter: “Elizabeth Winter of the Ink Well Foundation helped us coordinate our second drawing event in August at the brand new Ronald McDonald House in downtown Chicago. We drew cartoons and caricatures with some very special kids and their families for a couple of hours on a Wednesday evening, a very needed fun break for everyone. We really appreciate the opportunity to help wherever we can. It’s very rewarding to use cartooning skills to make a small child smile, and even more so to see it happen right in front of you. It’s an experience that is impossible to forget and we hope to do it again soon.” — Brian Kelly, Chapter Chair

Canadian Chapter: “On Oct. 26, members and guests of our Canadian chapter returned to the Ronald McDonald Family Room at McMaster Children’s Hospital (Hamilton, Ontario) to draw for patients and their families.  This was a follow-up to a similar event in January.  We advertised the program as “MORE Cartoonists in the House!” and it’s fair to say we didn’t stop drawing for the entire 3-hours.  Everyone agreed the day was a rewarding success, so we look forward to planning our next visit.  Participating cartoonists included: Mike Baldwin, Sandra Bell-Lundy, Mike Cope, Leif Peng, Patricia Storms, and Carla Ventresca.” — Mike Cope, Chapter Chair

Long Island Chapter: “On Dec. 15, we were back at St. Mary’s Children’s Hospital in Queens to draw for the kids with Ink Well. This time decked out in Santa hats, we worked as hard as the elves drawing Winnie-the-Pooh, Sponge Bob, and Santa. Luckily, Ray, back from Europe sans Batman boxers, was on hand to manage the Ink Well elves and take on any requests for super heroes.” — Adrian Sinnott, Chapter Chair

Southeastern Chapter: “We’ve begun assembling two — count ’em TWO — cartoon tabloids to be given away free at visits to VA Hospitals and Children’s Hospitals by our various member and non-member chapter cartoonists. Now retired from his duties as chapter secretary and treasurer, Steve Haynie is following his bliss by becoming editor for these publications.” — Jack Pittman, Chapter Chair

North Central Chapter: “Ken Alvine shares with us a photo of the doodle board that was inked by the North Central membership in attendance for the Fall Chapter Meeting, last October. Afterwards, Chris Browne colored the piece and it was donated to the Sanford Children’s Hospital in Sioux Falls. The spokesperson for the Sanford Children’s Hospital holds the doodle board.” — Mike Edholm, Chapter Chair 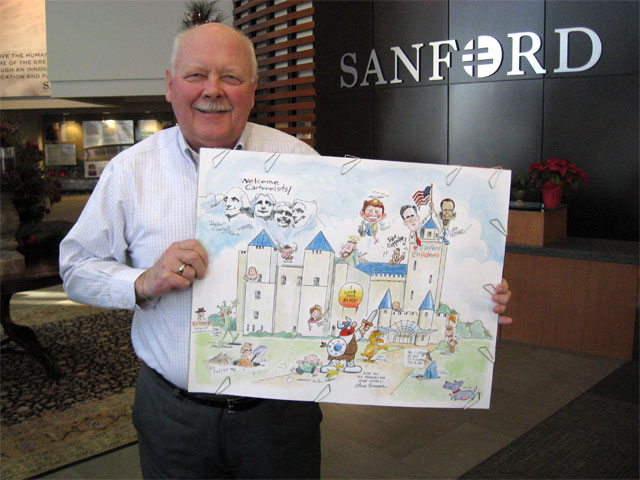 On December 9, the Southern California/Los Angeles Chapter of the NCS gathered 60 members and guests for an annual holiday champagne brunch. Unwrapped toys were collected and delivered to The Children Come First, Inc. in Ventura County, Calif., a non-profit organization that is dedicated to the health and well being of children who are at risk, and/or in temporary foster care placement.

Members and guests in attendance: