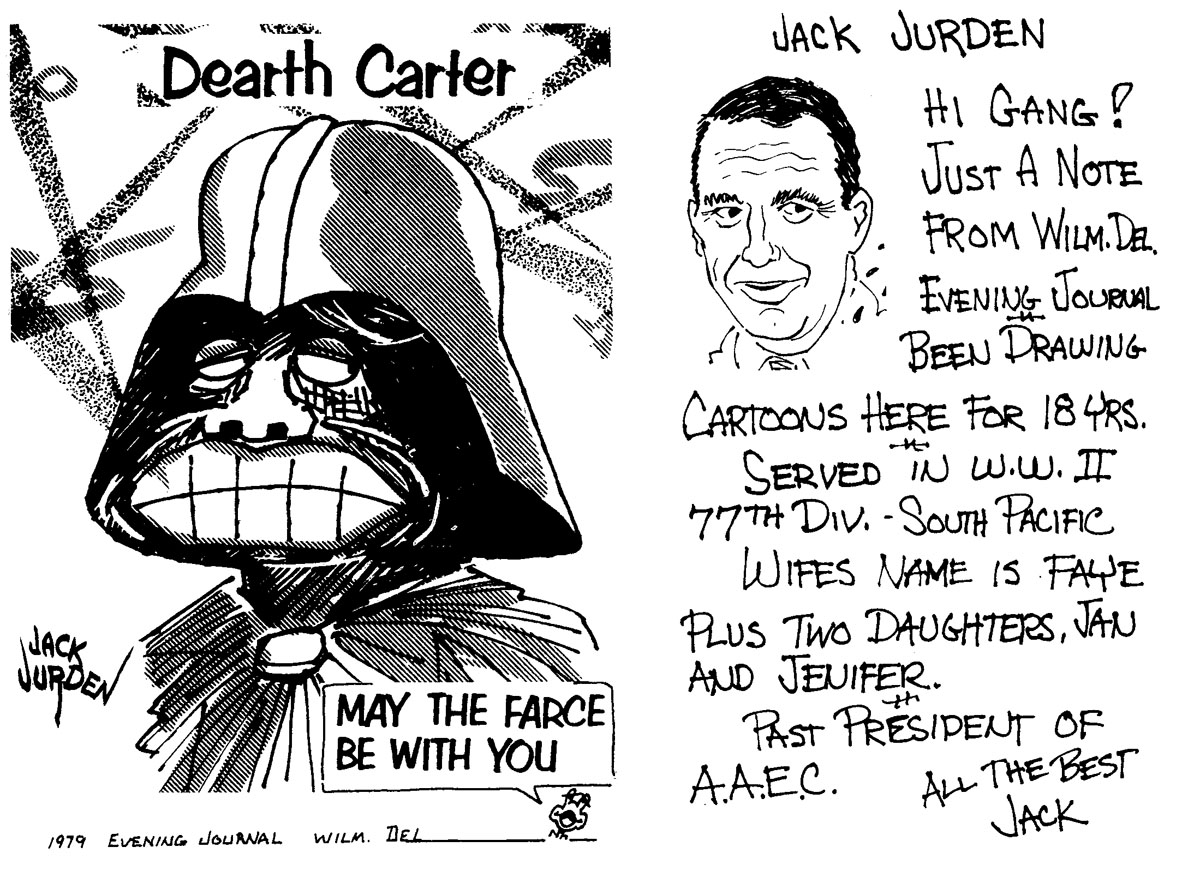 The NCS is sad to say that longtime editorial cartoonist for the Wilmington, Delaware paper The News Journal (originally The Evening Journal), and former president of the Association of American Editorial Cartoonists Jack Jurden passed away on March 17th at age 88.

After serving in World War II, Jack returned home to Allentown, PA where he worked as a photo engraver at the Call Chronicle . After getting married and moving to Wilmington, he joined the News Journal in 1952 as a photo engraver and art director. Soon his cartooning talents got noticed and he began to draw for the publication. Jack drew editorial cartoons and features for the News Journal for 39 years, was nationally syndicated for a time, and freelanced as a commercial artist. Beloved in Delaware, Jack was honored by then Delaware senator Joe Biden on the senate floor upon his semi-retirement in 2002. Jack met and drew every president from John F. Kennedy to Jimmy Carter.

Jack’s wife Faye passed away in 2010. He is survived by his two daughters Jan and Jennifer, and their families.