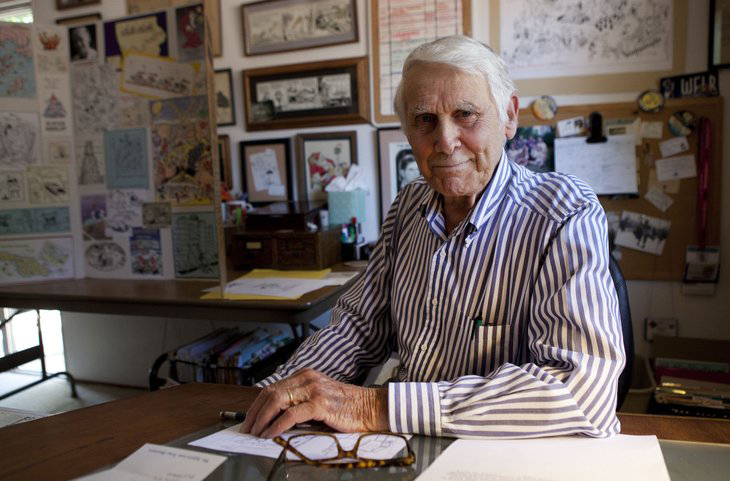 It’s been a rough week for the cartooning community. The NCS has lost another longtime member with the news that cartoonist Jim Whiting passed away on March 29th. Jim was a fixture at the annual Reuben Awards Weekend, and was a wonderful, warm and talented man. He worked for decades doing gag cartoons for hundreds of clients, authored and illustrated several books and collections of his works, and was a driving force behind the Southern California Chapter of the NCS.

Jim’s Bio from his website, which demonstrates his self-deprecating sense of humor:

Jim Whiting began his career as a magazine cartoonist, creating chuckles for such well respected national publications as The Saturday Evening Post, Colliers, and LOOK magazine, remember any of them?

Following a short stint at a successful advertising agency in NYC, (unnamed here to protect its reputation), Jim began to sell his original cartoons to the above-mentioned clients and over 75 additional publications.  Mr. Whiting has created countless illustrations for books, magazines and presentations and developed drawings used to sell numerous products.

Jim Whiting has lived in Southern California with his wife, Bernita since 1984 and they are happiest about the fact that their five children (all out of the nest now) are also five of their best friends.

For Jim, tennis is a passion. Whether watching or playing the game, a day with some tennis is always a better day!

Magic is also a rewarding hobby for Jim since grade school. Ask him for a quick illusion and smile along. But never ask how it’s done, ’cause he won’t tell…

Here’s an article on Jim and his career from the San Diego Union Tribune from 2013. 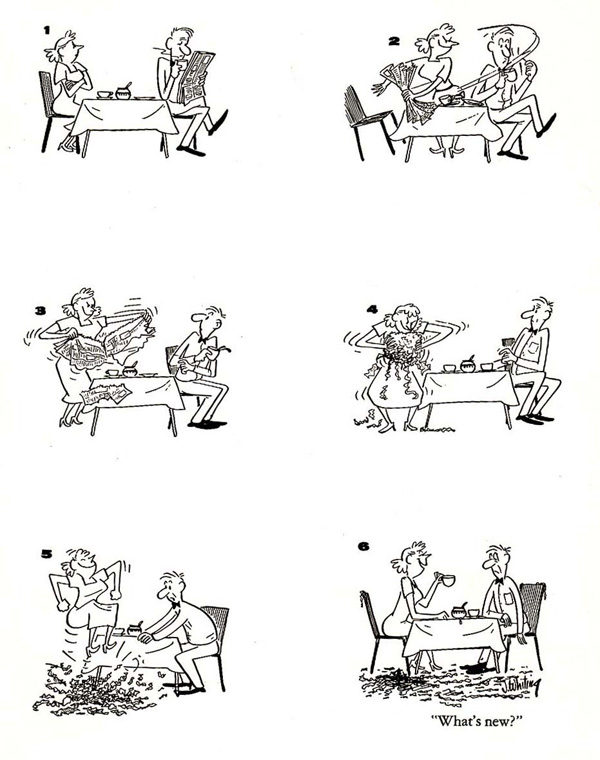