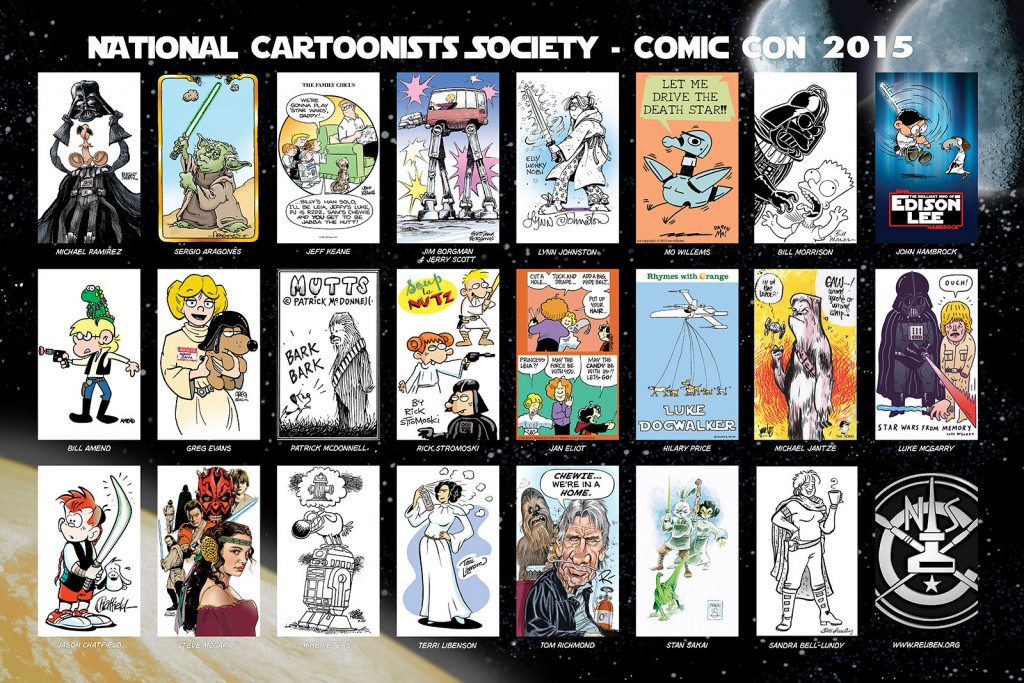 The National Cartoonists Society will be at San Diego Comic-Con International next week, and this year they have a new exclusive that is sure to be a collector’s item: the NCS 2015 Comic-Con print!

The upcoming new “Star Wars” movie will be all the buzz at this year’s Comic-Con, and the official NCS Comic-Con exclusive this year is a tribute to Star Wars. Featuring the work of 23 super-star cartoonists from the world of syndicated comic strips, comic books, magazine, advertising and book illustration, TV and film animation and more:

Visit the NCS booth. #1307, at SDCC to get this exclusive, highly collectible print. Then get it signed by many of the cartoonists whose work is featured on it!

All proceeds from the sale of this print will benefit the National Cartoonists Society Foundation, to help fund programs like the “Kids for Cartooning” children’s hospital visits, The Milt Gross Fund, the Jay Kennedy Memorial Scholarship and other endeavors.