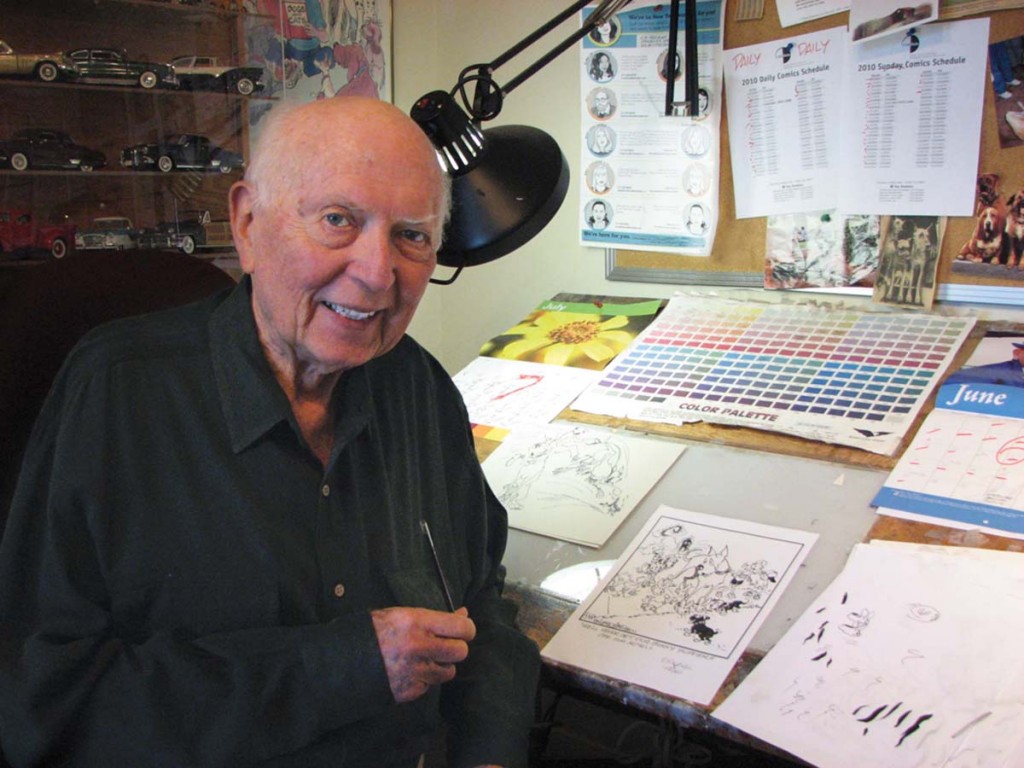 The NCS and the world of cartooning lost one of its true luminaries last week with the passing of Brad Anderson, creator of the comic “Marmaduke”. Brad passed away unexpectedly on Sunday, Aug 30th. He was 91.

Brad loved to draw from an early age. He was know to say he spent his youth “cartooning his way through high school”, where he sold his first cartoon at age 15 to Flying Aces Magazine. He continued cartooning while he served in the Navy in World War II. He attended Syracuse University, graduating in 1951 with a major in advertising. After a brief stint working for an advertising agency, he started to focus on freelance cartooning in 1953. From 1954 to 1966 he drew a comic strip called “Grandpa’s Boy”.

In 1954, Brad created “Marmaduke”, one of the most well-known and enduring comic strips ever, and one on which he would continue to work until his passing. Syndicated by Universal Uclick in over 500 newspapers in 10 countries, the exuberant cartoon Great Dane and his family have appeared in animation and as a feature film in 2010. Brad has been honored by numerous awards, most recently the NCS’s Milton Caniff Lifetime Achievement Award in 2013.

The NCS mourns the loss of a longtime member of its family, and a true giant of cartooning.