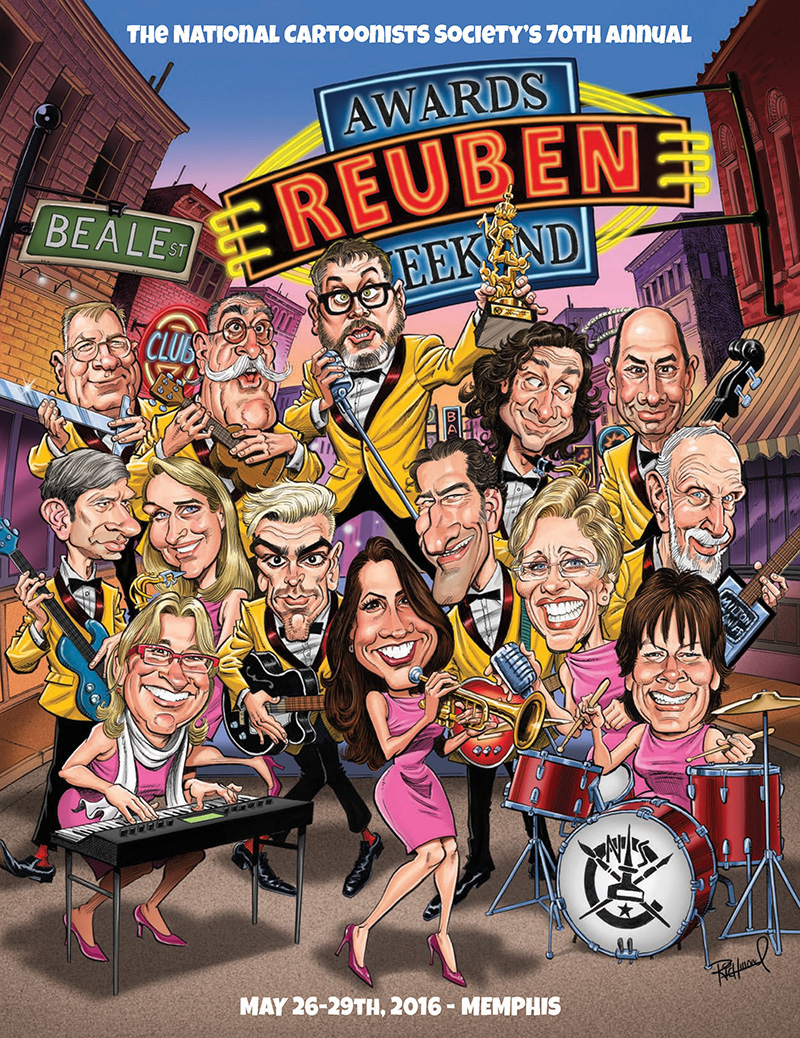 Members of the National Cartoonists Society should have received the official brochure for the 2016 Reuben Award Weekend in their mailboxes in the last few days (cover art by Tom Richmond shown). With it goes the announcements of the speaker lineup and special award winners: