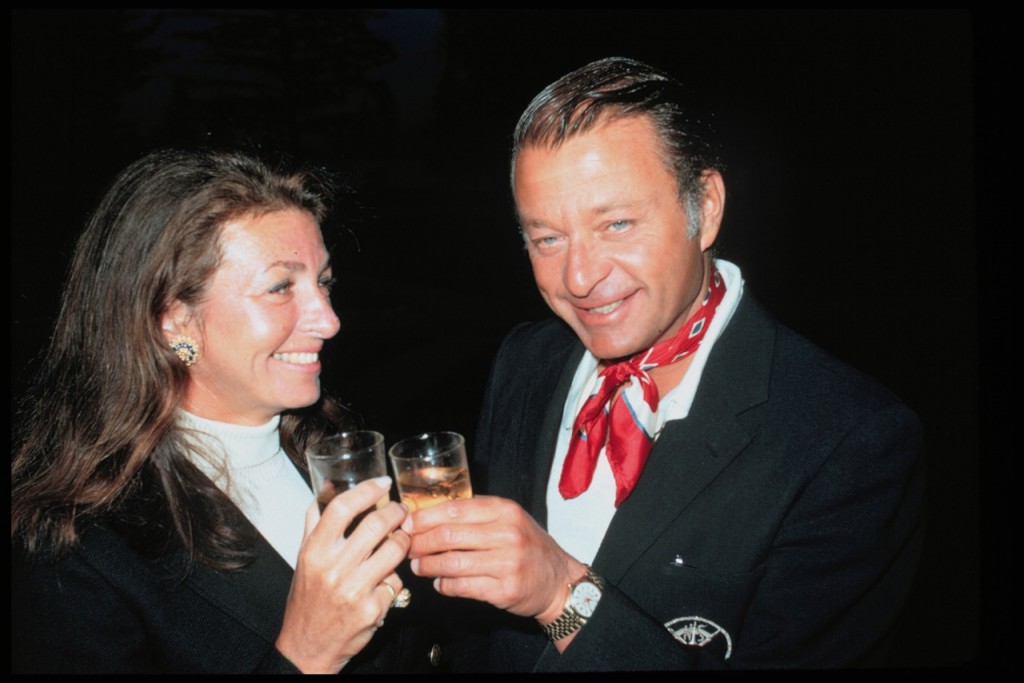 It is with profound sadness that the NCS announces the loss of Larry Katzman, talented cartoonist, longtime NCS treasurer, board member, and a director of the NCS charitable trust, the Milt Gross Fund. Larry was a tremendous supporter of the NCS and his business acumen helped carry the organization through some particularly challenging times.

Although a very successful business man, cartooning was Larry’s true vocation. Nothing could cause him to miss a Reuben Award weekend or the annual June meeting of the Berndt Toast Gang, the “Bunny Bash.” He loved to spend time with his fellow cartoonists and their families. Larry and his late wife, Shirley, lived on Central Park West. Every Thanksgiving weekend, they would invite NCS members and their children to come and watch the parade from the comfort and spectacular vantage point of their second floor apartment. 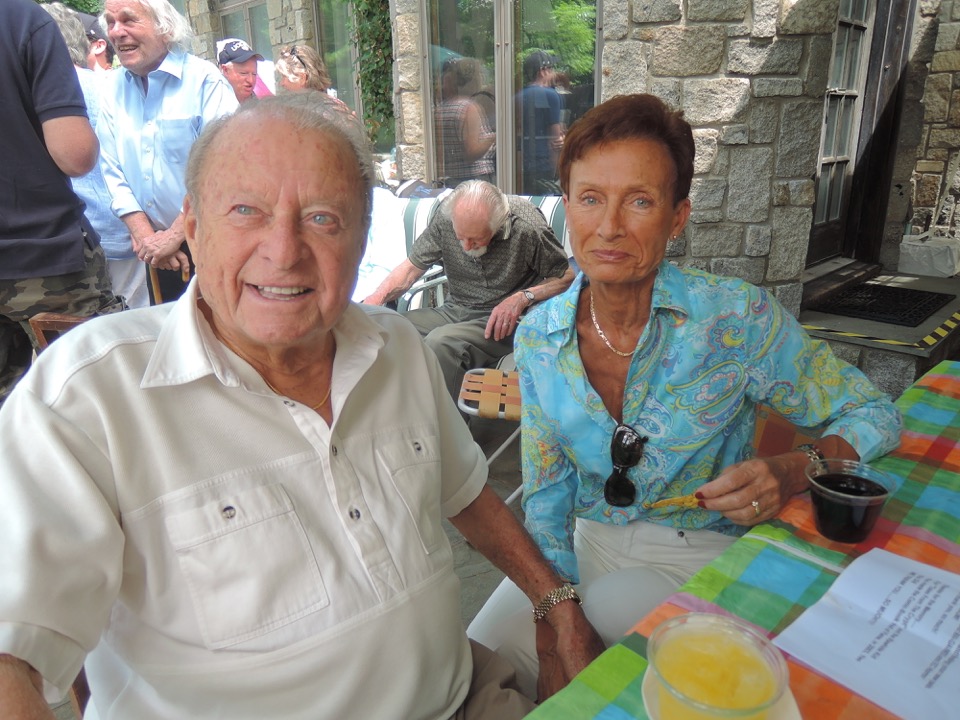 Larry drew his cartoons under the pseudonym, “Kaz” which was also the name of his company. Larry grew the small family business into the world’s largest manufacturer of electric health appliances. Its Kaz, Vicks and Honeywell branded products include vaporizers, humidifiers, heating pads, air cleaners, thermometers, fans and heaters. In line with his business, Kaz created his cartoon character, “Nurse Nellie.”

Nurse Nellie has appeared in newspapers and magazines in 21 countries, five languages and was published in 28 collections. Nurse Nellie cartoons were awarded the Palma d’Oro, the highest prize in international cartooning at the 19th International Salon of Humor in Bordighera, Italy. Larry was also the creator of HeadLines and GagLines acrostic-type puzzles and a French-language version, A La Une. 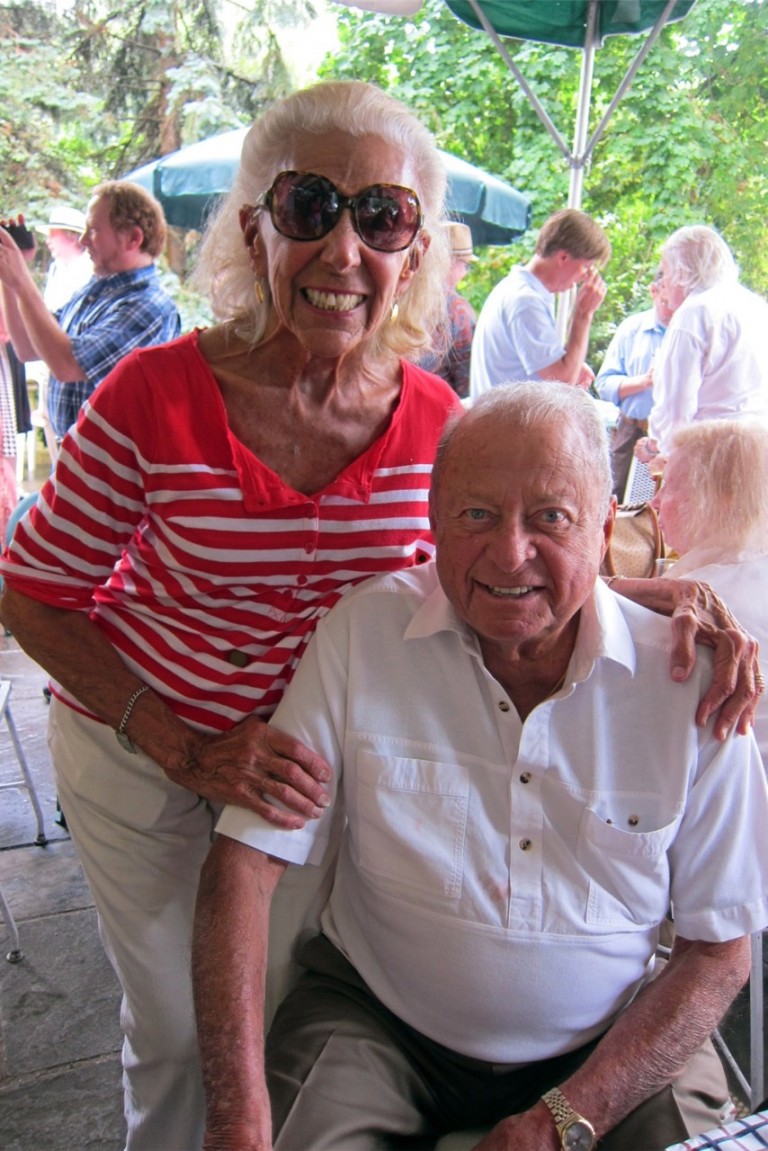 In 1972, Larry was the recipient of the Silver T-Square Award for service to the NCS. In 2005, he was further honored with the society’s prestigious Gold Key/NCS Hall of Fame Award.

Friend and fellow NCS member Adrian Sinnott recalls, “in 2002, Larry, Vic Cantone and myself headed first to London and then on to Paris on our way to the 21st annual cartoon festival at St. Just Le Martel. In London, we stopped at the fledgling British Cartoon Centre to meet up with Australian cartoonist, James Kemsley. By the time we got to St. Just (near Limoge), Larry was in cartoonist heaven. Having spent a lot of time traveling both for work and for recreation, this was a chance to travel for his true love of cartooning. After that trip, whenever I had the pleasure to meet up with Larry, he always wanted to know when the next festival trip would take place.” 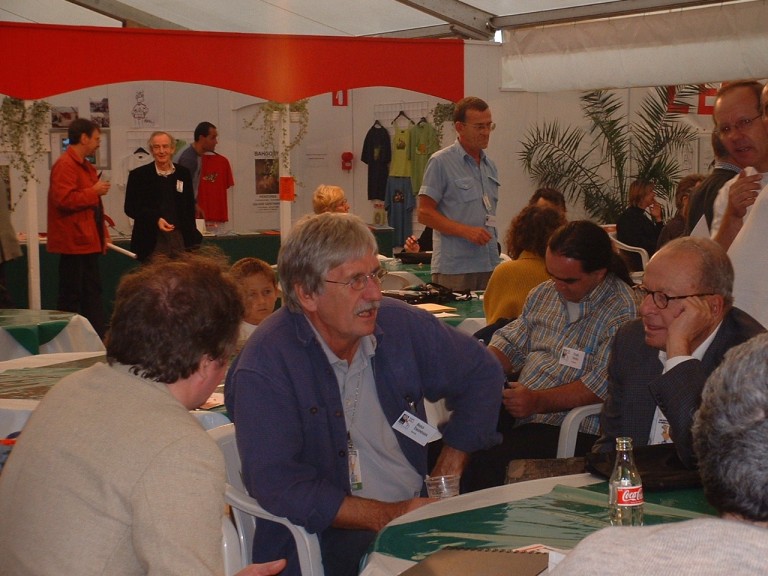 At the 2002 St, Just Le Martel cartoon festival. From L to R: Back of Adrian Sinnott, Ross Thomson and Larry Katzman

Larry is survived by his long-time partner, Claudia Zipkin, three children from his late wife, Shirley; Richard, John and Julie and five grandchildren.