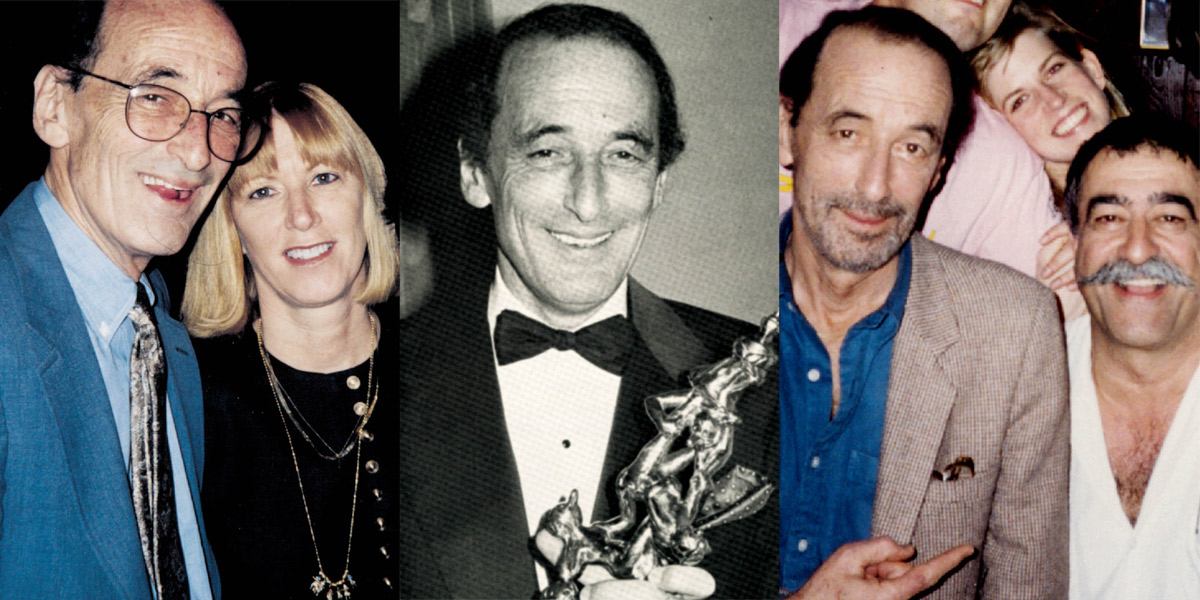 We are very sad to report the passing of Reuben Award Winner, Past National Cartoonists Society President and Medal of Honor recipient Mell Lazarus on May 24th.

Mell joined the NCS as soon as “Miss Peach” was launched in February, 1957. In October, 1970 “Momma” debuted, and for 32 years Mell wrote and drew both strips. Up until a few weeks ago Mell was writing and drawing Momma dailies and Sundays with the help of his wife, the wonderful Sally Mitchell, who Mell met through her father, renowned comic strip gag writer Ed Mitchell. Among those at their wedding were Bil Keane and Stan Lee.

Mell began his career editing comic books for Al Capp at Toby Press. His time with Capp inspired his first novel, “The Boss Is Crazy, Too” published in 1963. Joseph Heller, author of “Catch 22”  (whom Mell met through Walt Kelly) wrote this blurb for the book – “Mell Lazarus is the second-funniest writer in America and has written the second-funniest novel.”  Mell wrote a second novel, “Neighborhood Watch,” three off-Broadway plays, and several television specials based on “Miss Peach.” At the time of his death Mell was working on another novel and a screenplay.

Mell helped create the NCS regional chapters and was instrumental in moving the annual Reuben weekend out of New York and to other cities. The years he was President included two Reuben weekends on cruise ships that people are still talking about. Parties at Mell’s house are legendary. One resulted in the piano in his living room being covered in cartoons. “We had a bunch of drunken cartoonists in the house one night and they just destroyed a perfectly good French provincial baby grand piano,” Mell said in an interview. Among those who have drawn on the piano – Charles Schulz, Cathy Guisewite, Garry Trudeau, Don Martin, Arnold Roth, Sergio Arragones, and Matt Groening to name a few.

Mell was beloved by all at the NCS. He was funny, charming, and full of stories, many we cannot repeat here. Talk to any NCS member who spent time with Mell, and they will surely have a funny Mell Lazarus story. “Here are a few facts about Mell that he told me over the years,” says friend Tom Gammill, “He was a high school drop-out who later joined Mensa. For a time he lived in Palm Springs down the street from Milton Caniff. He was in Times Square on VJ Day and told me ‘everybody was banging that day.'” And he loved the NCS. In an interview Mell said, “we have the best club in the world. They’re all terrific guys and girls. It’s a body of people like no other industry. They all become relatives very fast.”

We will all be toasting Mell at the Reuben Awards this year. If you have a funny Mell Lazarus story we can share on this website, please send it to the editors.