2017 CARTOONIST OF THE YEAR NOMINEES ANNOUNCED!

National Cartoonists Society members have nominated the top five finalists for the 2017 NCS Reuben Award for “Outstanding Cartoonist of the Year”. Ballots have been sent out to all voting NCS members this week, and the Reuben Award will be presented to the winner at the 72nd Annual Reuben Awards dinner on May 26th in Philadelphia, PA. 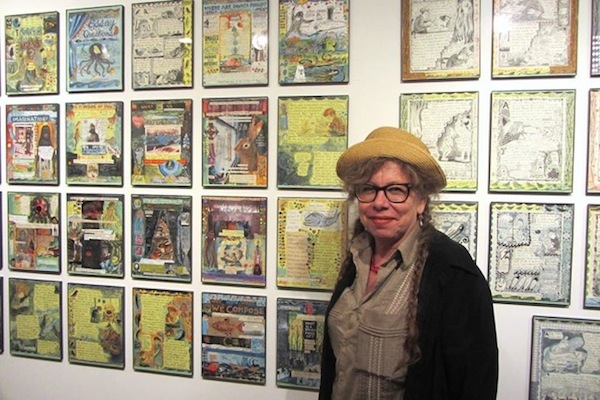 LYNDA BARRY is a cartoonist and writer. She’s authored 21 books and received numerous awards and honors including an Honorary Doctor of Fine Arts degree from University of the Arts, Philadelphia, the Milt Caniff Lifetime Achievement Award, two Will Eisner Awards, The American Library Association’s Alex Award, the Washington State Governor’s Award, the Wisconsin Library Associations RR Donnelly Award, the Wisconsin Visual Art Lifetime Achievement Award, and was inducted into the Will Eisner Hall of Fame in 2016. Her book, “One! Hundred! Demons!” was required reading for all incoming freshmen at Stanford University in 2008. She’s currently Associate Professor of Interdisciplinary Creativity and Director of The Image Lab at the University of Wisconsin-Madison were she teaches writing and picture-making. Lynda was nominated for Cartoonist of the Year for 2016 and will be the recipient of the Milton Caniff Lifetime Achievement Award at the 71st Reuben Awards dinner in Portland Oregon this year. You can follow Lynda on Twitter at @NearSightedMonkey. 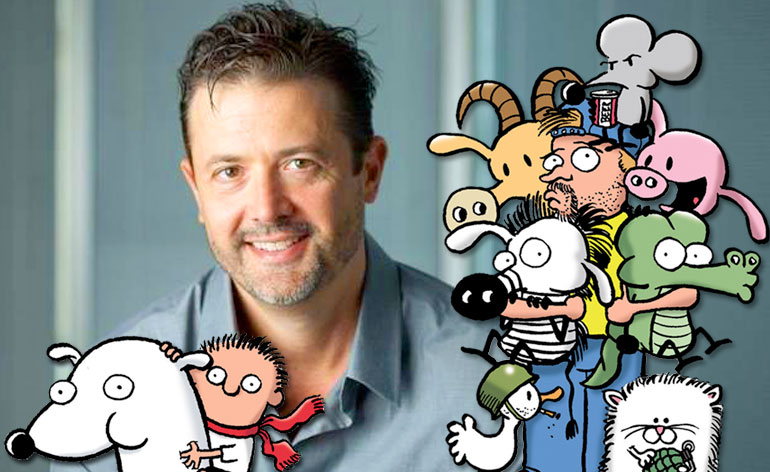 STEPHAN PASTIS is the creator of the daily comic strip Pearls Before Swine, syndicated by Universal Uclick. Stephan practised law in the San Fransisco Bay area before following his love of cartooning and eventually seeing syndication with Pearls, which was launched in newspapers beginning December 31, 2001. The National Cartoonists Society awarded Pearls Before Swine the Best Newspaper Comic Strip in 2003 and in 2006. Stephan is also the author of the children’s book series Timmy Failure. Stephan lives in northern California with his wife Staci and their two children. This is his ninth nomination for Cartoonist of the Year. Visit Stephan’s blog and the Pearls Before Swine website. 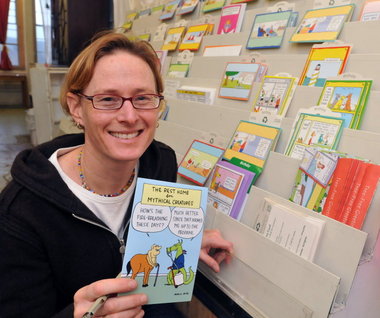 HILARY PRICE is the creator of Rhymes With Orange, a daily newspaper comic strip syndicated by King Features Syndicate. Created in 1995, Rhymes With Orange has won the NCS Best Newspaper Panel Division four times (2007, 2009, 2012 and 2014). Her work has also appeared in Parade Magazine, The Funny Times, People and Glamour. When she began drawing Rhymes With Orange, she was the youngest woman to ever have a syndicated strip. Hilary draws the strip in an old toothbrush factory that has since been converted to studio space for artists. She lives in western Massachusetts. This is Hilary’s fourth nomination for the Cartoonist of the Year. You can visit Rhymes With Orange online here. 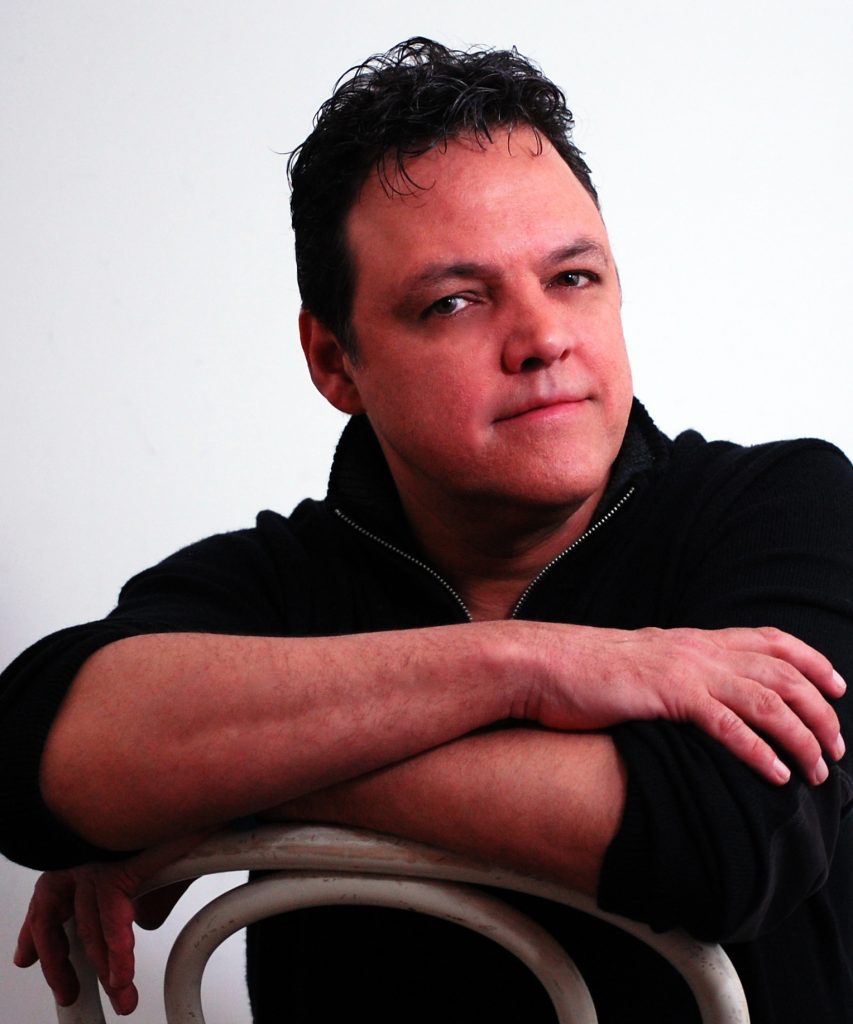 MARK TATULLI is an internationally syndicated cartoonist, best known for his popular comic strips HEART OF THE CITY and LIO, which appear in 400 newspapers all over the world.

LIO has been nominated for Germany’s 2010 MAX AND MORITZ award and multiple times for the National Cartoonists Society’s Best Comic Strip, winning in 2009. Mark has also been nominated numerous times for cartoonist of the year by the NCS. A LIO animated television series is currently in the works.

Mark has now expanded his cartooning and writing into middle grade kids’ books, making the illustrated novel series DESMOND PUCKET for Andrews McMeel publishing. He also wrote and illustrated two picture books, DAYDREAMING and THEY CAME, for Roaring Brook Press, a Macmillan company. He is currently working on two graphic novels for Little, Brown Books for Young Readers. The first gn, SHORT AND SKINNY, a memoir of Mark’s life in the summer of 1977, lands in bookstores in September 2018. 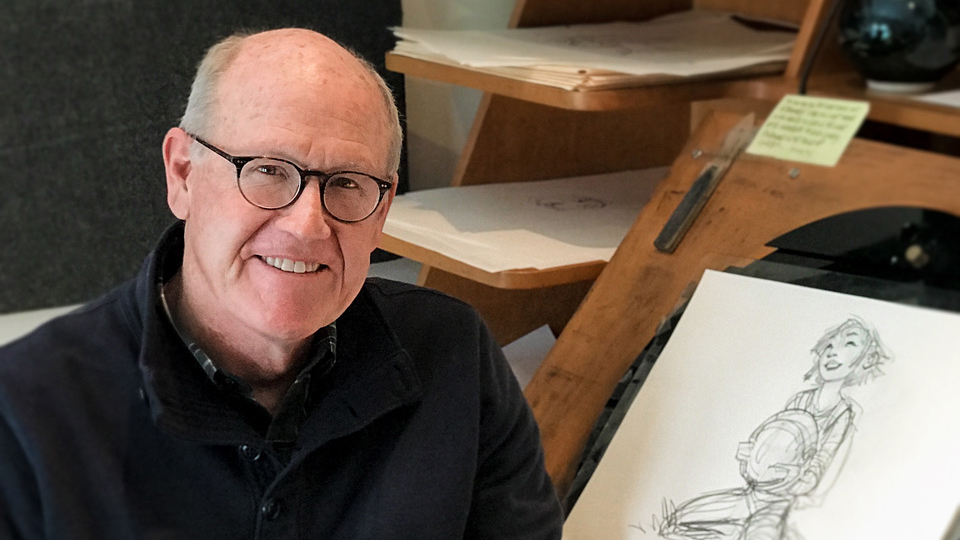 GLEN KEANE  is an American animator, author and illustrator. Keane was a character animator at Walt Disney Animation Studiosfor feature films including The Little Mermaid, Beauty and the Beast, Aladdin, Pocahontas, Tarzan and Tangled. Keane received the 1992 Annie Awardfor character animation, the 2007 Winsor McCay Award for lifetime contribution to the field of animation and in 2013 was named a Disney Legend.

In 2017, Keane directed Dear Basketball, an animated short film based on Kobe Bryant‘s retirement poem in The Players’ Tribune. At the 90th Academy Awards, Keane and Bryant won the Academy Award for Best Animated Short Film for their work on Dear Basketball.