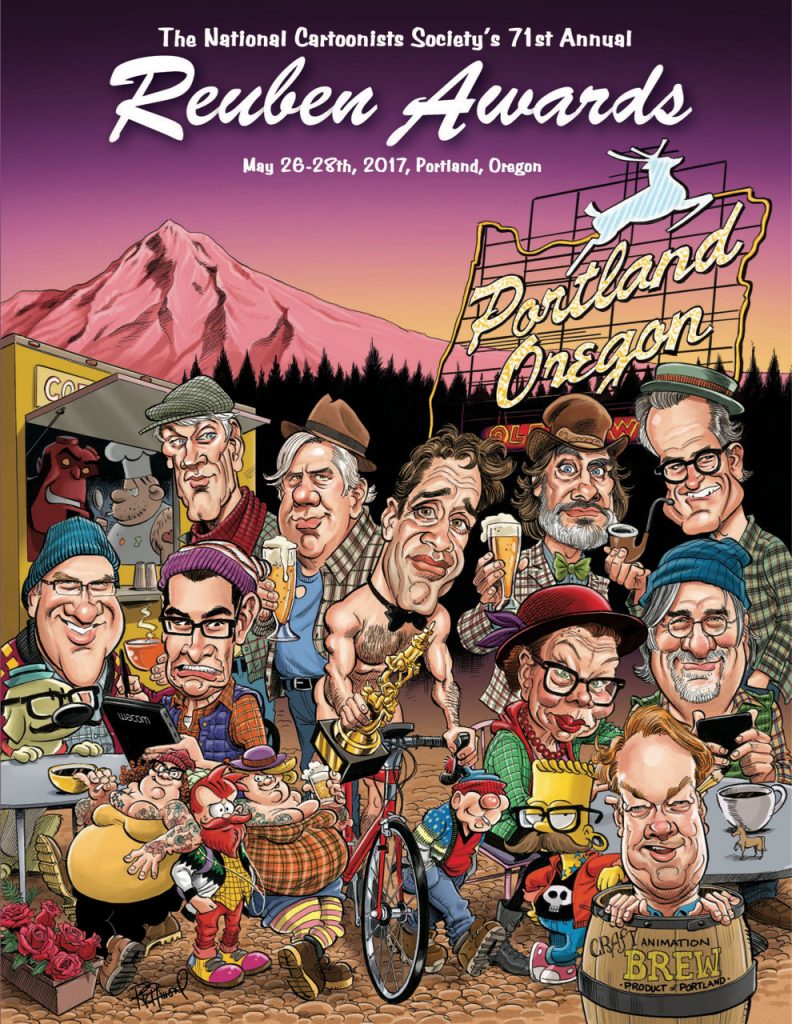 Members of the National Cartoonists Society should have received the official brochure for the 2017 Reuben Award Weekend in their mailboxes in the last few days (cover art by Tom Richmond shown). With it goes the announcement of the speaker lineup and special award winner:

• Red and Rover cartoonist Brian Basset presents “Everything I learned about cartooning I didn’t learn in kindergarten.”

• The Simpsons Creator Matt Groening, Director David Silverman, and writer Tom Gammill will talk about life “On the Couch with The Simpsons”.

• Animator Bill Plympton will present a program of his inventive and hilarious cartoons at the Farewell Buffet & Movie Night.

Our master of Ceremonies for the Reuben Awards Dinner will be that irrepressible and charismatic cartoonist and illustrator, NICK GALIFIANAKIS!