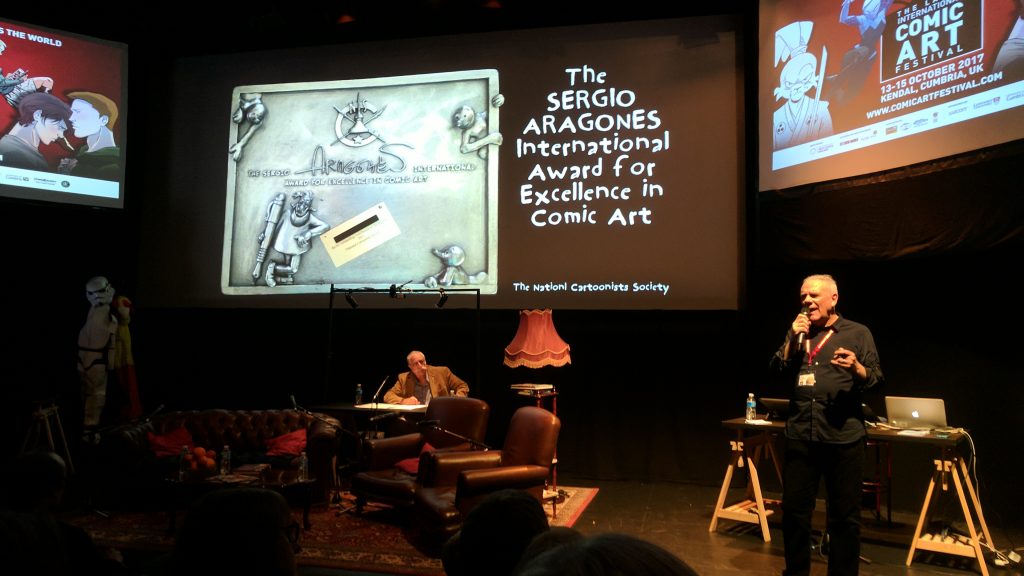 The National Cartoonists Society is thrilled to announce that the winner of the Inaugural Sergio Aragones International Award for Excellent in Comic Art for 2017 is Dave McKean!

The below video is from the @comicartfest on Twitter: A film celebrating the creative force of @DaveMcKean

A film celebrating the creative force of @DaveMcKean! Winner – the International Award for Excellence in #ComicArt launched @comicartfest pic.twitter.com/gGdcwtOzzK

One of the most famous and influential living cartoonists, and long-time NC member, Sergio, perhaps best known for his work on MAD Magazine, is world-renowned for his fast and witty cartooning style. He has won every major award in the field, including the National Cartoonists Society’s Reuben Award, and the Will Eisner Hall of Fame Award. 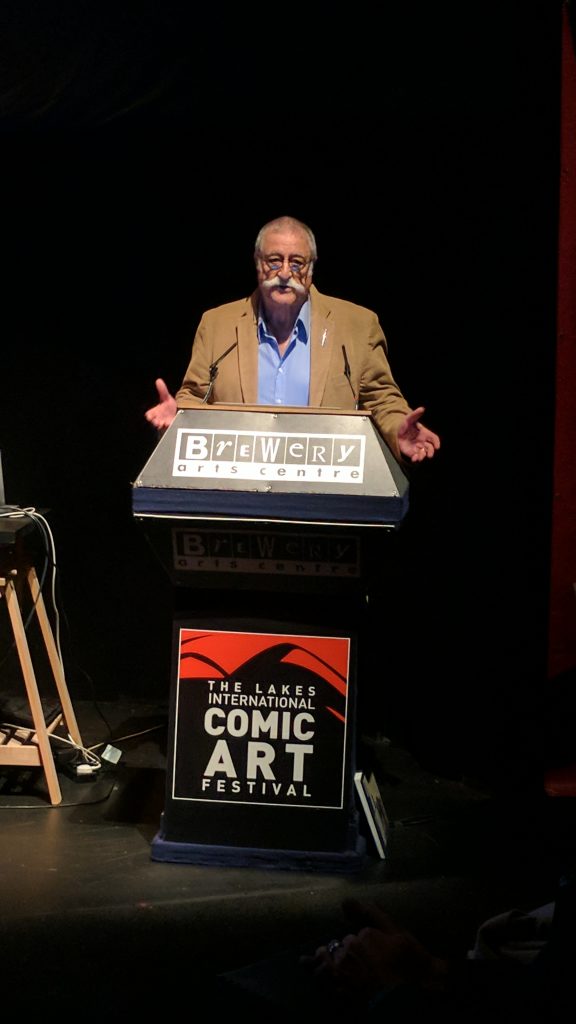 Sergio announced the first ever recipient of The Sergio Aragonés International Award for Excellence in Comic Art as part of the festival opening night on Friday 13th October. The new award has been established by The National Cartoonists Society, in partnership with the Lakes International Comic Art Festival. This honour will be presented annually at the festival to an exceptional comic artist, animator, or cartoonist.

“It’s an incredible honour to welcome Sergio Aragonés to the UK and to be creating a new international award in his name,” says Julie Tait, Director of the Lakes Festival.

“Sergio is an icon and inspiration to cartoonists across the world. Our festival aims to be truly international, to celebrate all genres of comic art and to encourage people to recognise comics as representing great art for everyone. This new award is a major new step towards our goal and we are extremely honoured and grateful to the National Cartoonist Society for this opportunity”. 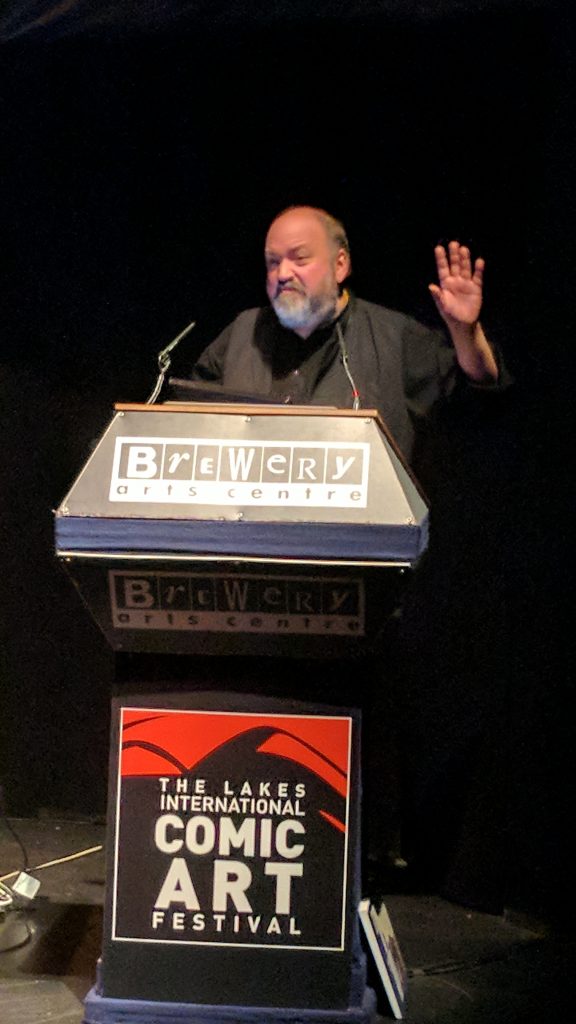 “As a US-based cartoonist for MAD Magazine and also my own comic books I have had the opportunity to travel to many countries and to meet so many wonderful cartoonists and comic artists,” says Sergio. “I am very pleased and proud that this new award will recognise the accomplishments of the best cartoonists in our profession, not only from North America but from the entire world.”

The Lakes International Comic Art Festival returned for its fifth year to Kendal, Cumbria, from 13th to 15th October 2017. Celebrating comic art from across the world, the weekend festival takes over the town of Kendal, on the edge of the Lake District.

The festival brings the biggest names in comic art to Cumbria with over 70 special guests from across the comic world. This year, artists, creators and writers from Japan, the US, Canada, Australia, Finland, as well as European comic creators took part in the festival.