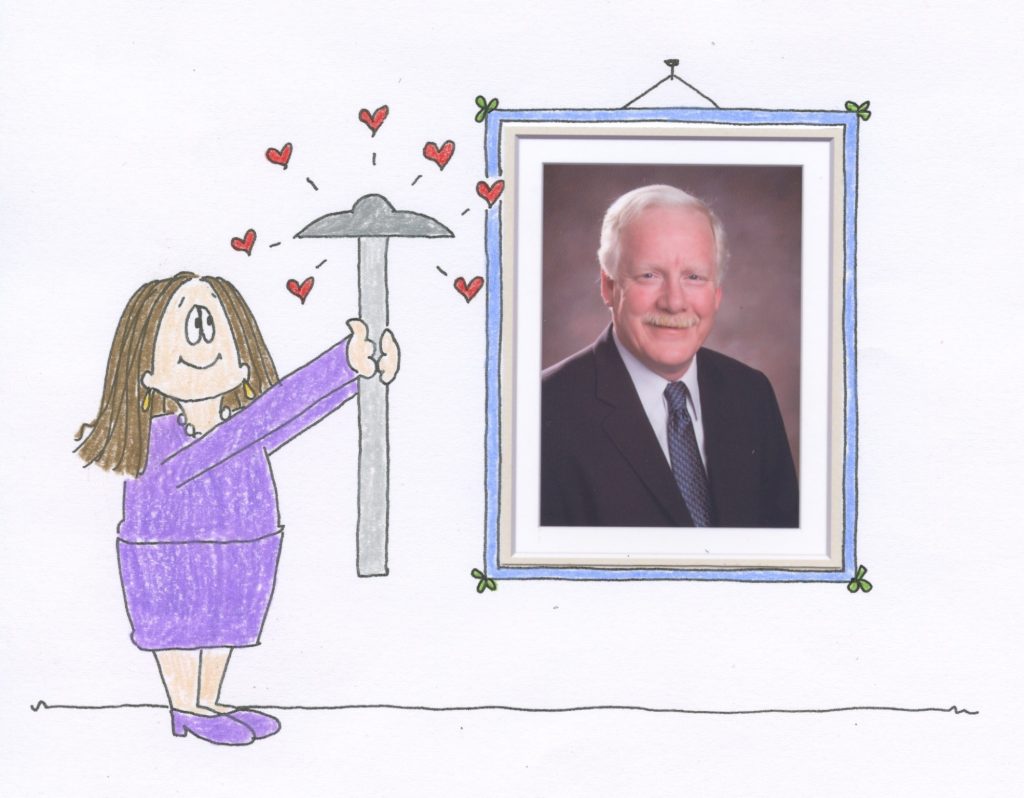 The package of scribbles my mother made me send to a syndicate in 1976 landed on Lee Salem’s desk. Any reasonable person would have tossed it in the return mail with a form rejection letter. Lee sensed the tiny heartbeat of a comic strip in there. He was the reason there was a comic strip called Cathy.

Lee was the rock behind Doonesbury for four decades — the guy who calmly parried every call from every insane editor who thought Garry Trudeau had gone too far. He discovered, nurtured and/or was the driving force behind For Better or For Worse, Calvin and Hobbes, The Far Side, Fox Trot, Cul de Sac, Lio, Stone Soup, Tank McNamara, Non Sequitor.  He championed voices as diverse as Ziggy and The Boondocks…text features from Dear Abby and William F. Buckley to Roger Ebert to Ann Coulter…editorial cartoonist giants from Pat Oliphant to Glen McCoy.

Lee was responsible for some of the newspaper features that made the most noise in history while gracing our industry with his quiet strength, vision and steadfast commitment to the impossible.

As editorial director of Universal Press, Lee helped revolutionize the comic pages by doing something no one except his mentor, Jim Andrews, had ever done before: he sought out strips he knew some people would hate – but that others would relate to in a new, intensely personal way. Strips by and about women, minorities, insects, talking stuffed animals, computer geeks, angry kids from the hood – all kinds of original voices. 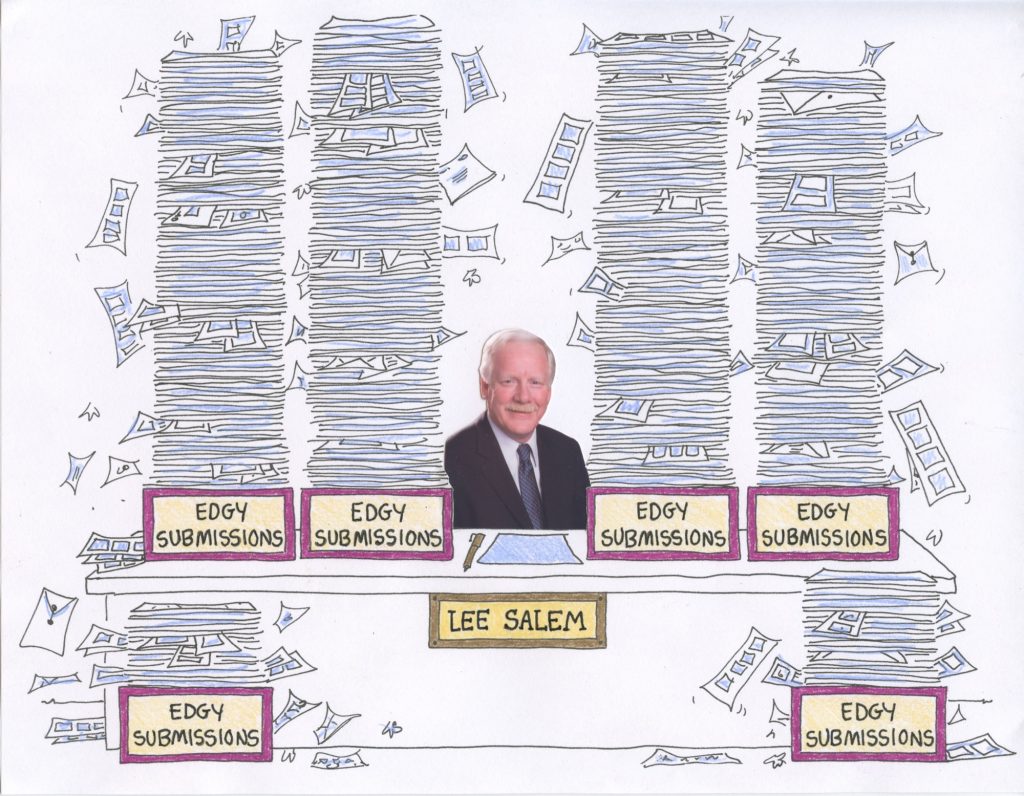 In doing so, Lee revitalized and extended the relevance of the comic pages for decades, broadened the type of humor seen in everything from greeting cards to animation, challenged other syndicates to expand their horizons and inspired legions of aspiring cartoonists to create edgy new submissions.

Lee didn’t just seek out and inspire new kinds of strips. He raised the bar in what it means for a syndicate to have a creator’s back. He gave strips a chance to evolve. Lobbied with editors and salespeople to give new strips more time. He’s legendary for giving creators all the credit when things went well, and hopping right down into the fire with us when they didn’t.

Lee encouraged creators to push the edge. Sometimes he helped push the edge. And when we went over the edge, Lee propped us up, fielded the irate calls, had drawing supplies brought in and arranged for bedside Federal Express pick-ups. 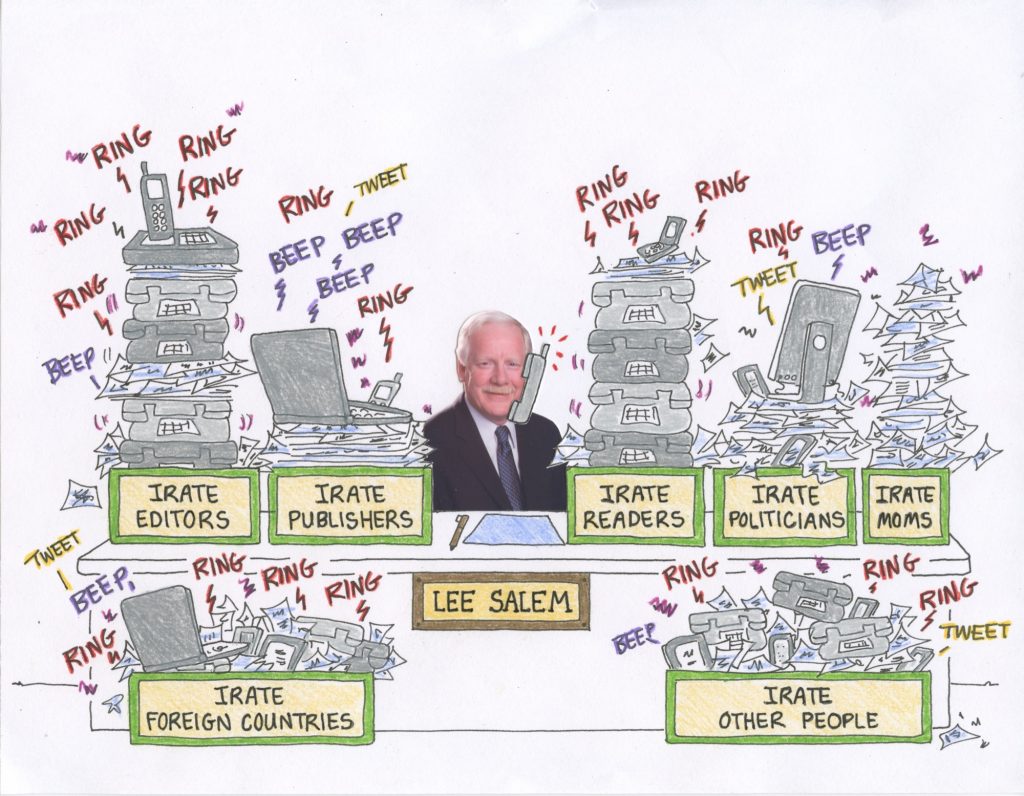 As President of Universal Press and then Universal UClick, no one worked harder than Lee Salem to reinvent the future of syndication. To keep up with and ahead of the times. To create digital, mobile & online places for our work beyond newspapers. To forge new kinds of partnerships between syndicates, papers, computers and creators.

Generations will benefit from the doors Lee opened, the rules he changed, the precedents he set, the risks he took, the opportunities he created, the future he helped forge AND the vacations he lobbied for and helped many of us get.

No one in the world is more beholden to Lee than I am for the incredible life his belief in me allowed me to have. But every cartoonist – now and in the future – should remember him with profound gratitude for the thousands of ways his work helped us do our work. For the millions of smiles he helped us bring all over the world.

We will miss him so much. 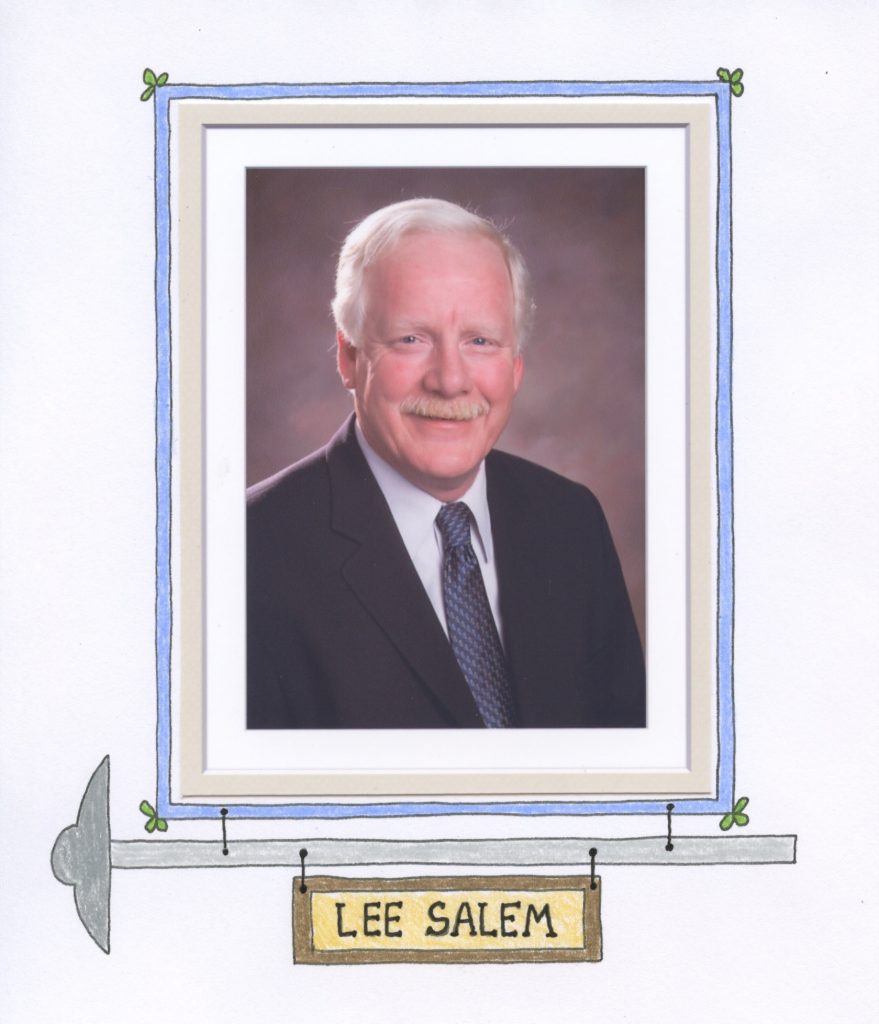