Hy Eisman to be awarded the Milton Caniff Lifetime Achievement award at the 74th Annual Reuben Awards in Kansas City! 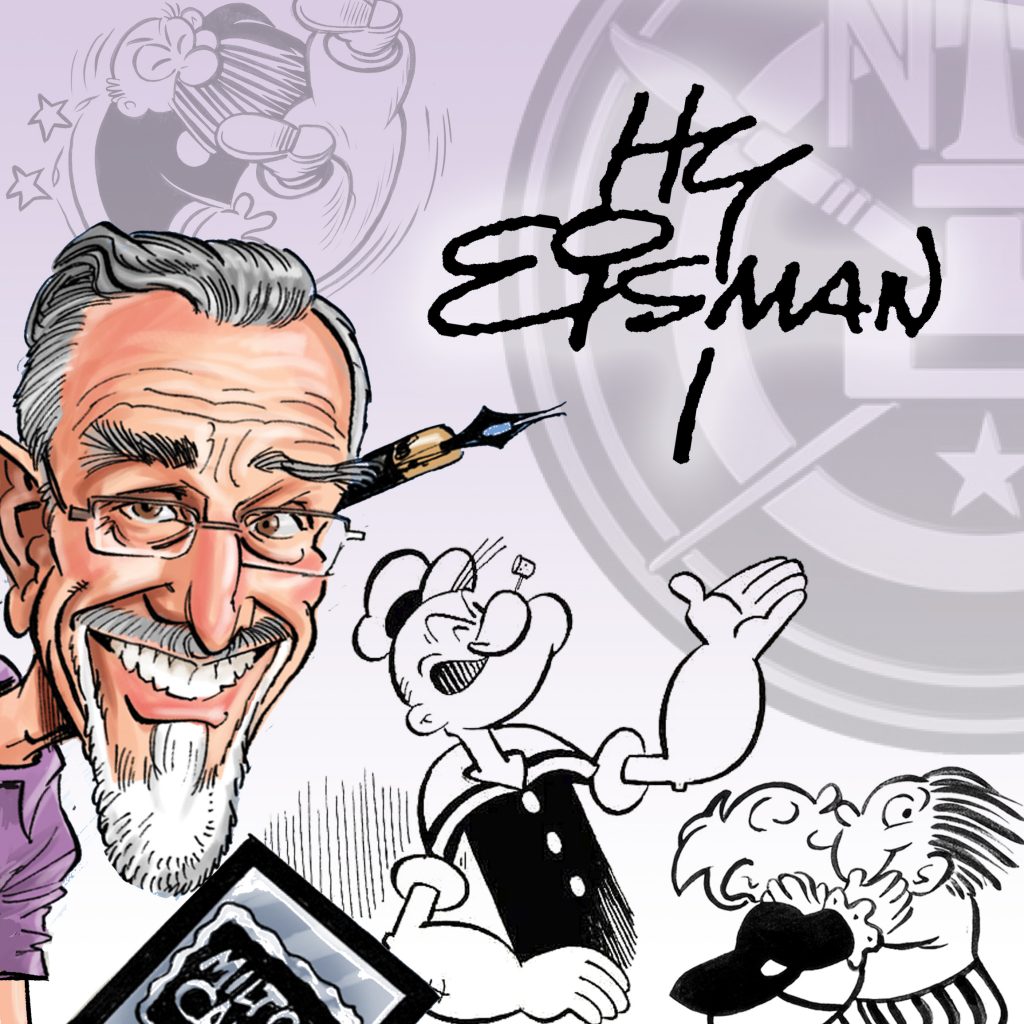 On behalf of the board of directors of the National Cartoonists Society, It is my great pleasure to announce that Hy Eisman will be awarded the Milton Caniff Lifetime Achievement award at the 74th Annual Reuben Awards in Kansas City!

The “Caniff” is awarded by a unanimous vote of the NCS Board of Directors. It is given for a lifetime of outstanding and accomplished work to a cartoonist who has not previously won a Reuben. (The one exception was the posthumous award to Charles M. Schulz, who was awarded a unique Golden Caniff for his outstanding contribution to the art form).

We are in awe that at the age of 92 Hy is currently drawing and writing the gags for the Popeye Sunday strip and for Katzenjammer Kids. We also recognize Hy’s work teaching at the Joe Kubert School of Cartoon and Graphic art until just last year. His contribution to the furthering of the art form is nothing short of heroic. The NCS is lucky to have had Hy Eisman as a loyal and dedicated member of the Society.

Stay tuned for more major announcements to our huge line-up for the weekend. We look forward to having you join us at the 74th Annual Reuben Awards weekend on 5th-7th June 2020.