Via The Daily Cartoonist by D. D. Degg

A Murder of Crows. A Barrel of Monkeys. A Reuben of Cartoonists? 75 years ago a group of cartoonists got together and decided to form a club. It had been tried before without lasting success. This time it lasted.

No one better than R. C. Harvey to give the details:

ON FRIDAY NIGHT, March 1, 1946, 26 cartoonists assembled at the Barberry Room on East 52nd Street in Manhattan. They met at 7 p.m. for drinks and dinner, and after dinner, they waved their inky-fingered hands and conjured into being the National Cartoonists Society. Then when the voting was over, they started a heated argument about how to define a cartoonist and retired to pour cooling emollients on the conflagration.

Tampa Bay Times Sun March 21, 1948
.
A year later, as The National Cartoonists Society, the organization publicized itself by handing out a Cartoonist of the Year award– “The Barney”. By this time membership numbered around 125 cartoonists and would continue to grow.
. 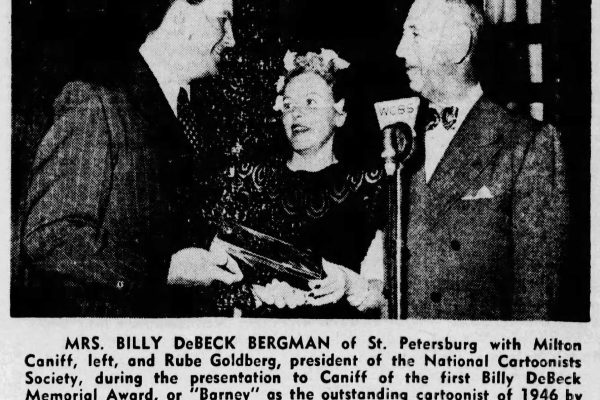 .
The annual Cartoonist of the Year award would keep the group in the public’s mind, as would other charitable deeds such as frequent Savings Bond drives and cartoon exhibitions.
.

Tampa Bay Times Fri April 2, 1948
.
The Reuben Award, renamed after Billy DeBeck’s widow died, would expand in the mid-50s to include the divisional awards. But by 1948 they began honoring longtime cartoonists with The T-Square in addition to the Cartoonist of the Year. These were handed out at various times getting the Society into newspapers throughout the year.
Cartoonists themselves weren’t bashful about keeping the fraternity’s name in the public arena either through their syndicated features or with special projects.
. 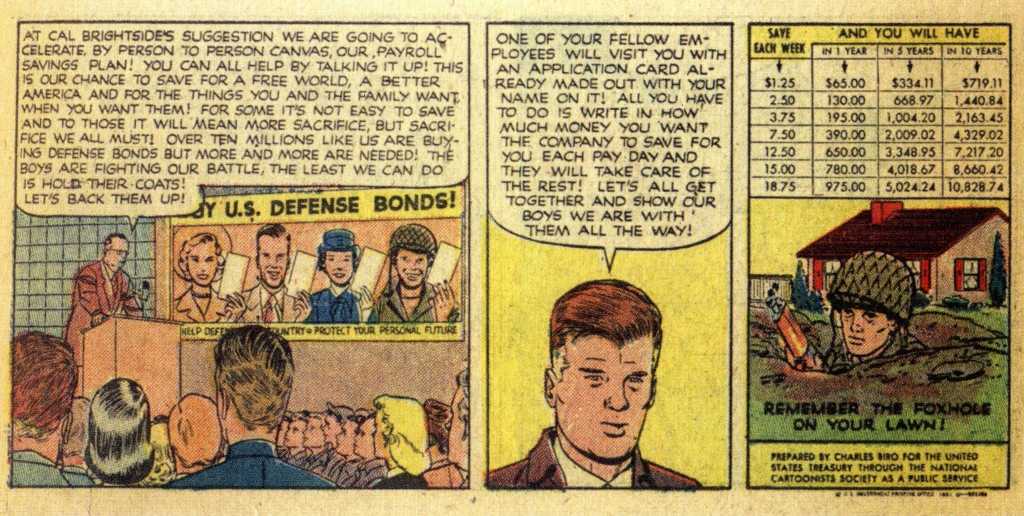