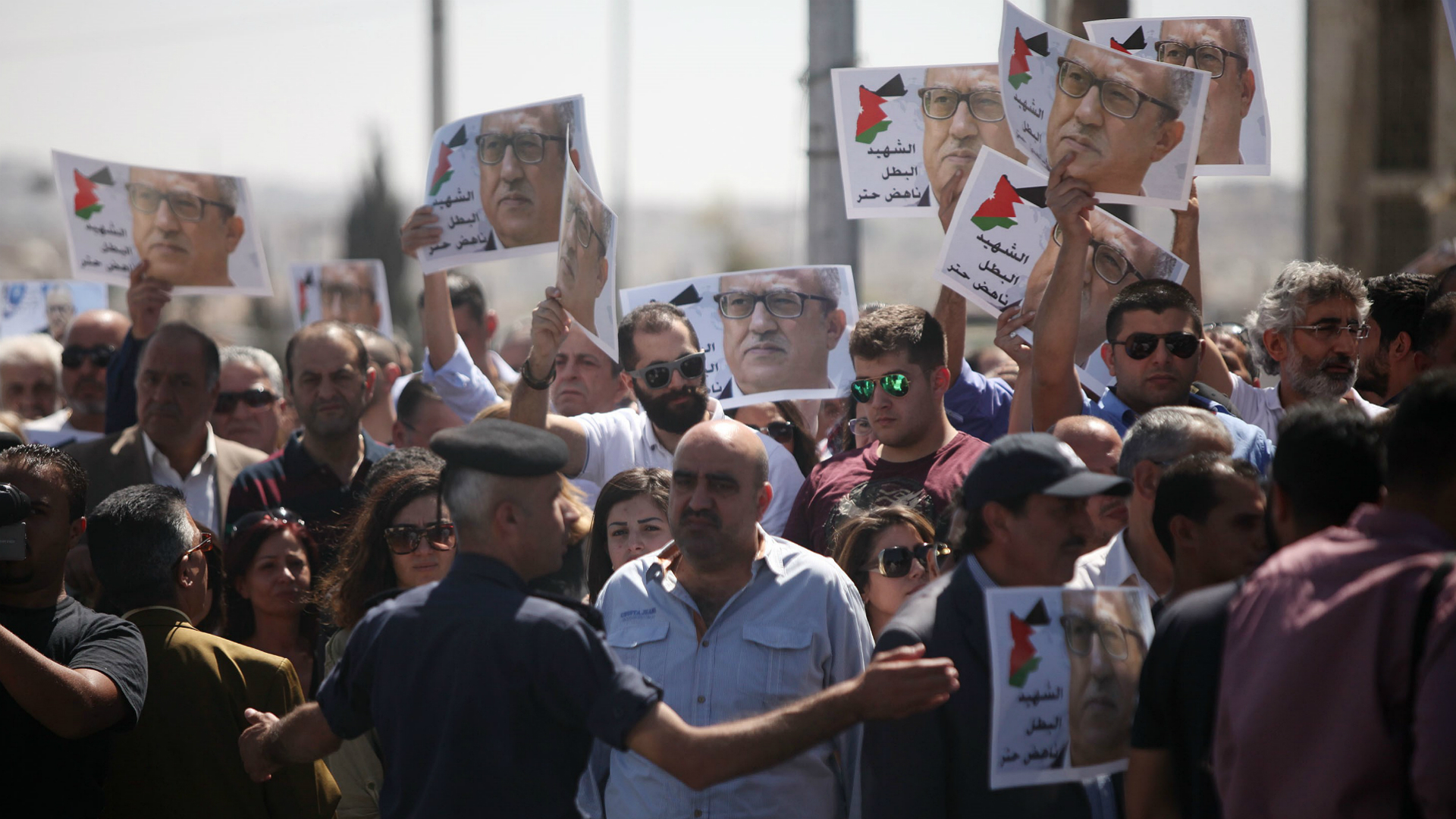 Protesters called on the government to resign [Anadolu]

Jordanian writer Nahed Hattar, who was facing a blasphemy charge for sharing a cartoon depicting God and an ISIS militant on Facebook, was assassinated outside an Amman courthouse yesterday before the start of his trial. The alleged shooter, Riad Abdullah, was quickly taken into custody and identified as a former imam and known extremist.

Hattar’s friends and family placed much of the blame for the assassination on the Jordanian government, which they say had done nothing to provide him with added security despite numerous online death threats. Hattar held some unpopular opinions to say the least: he was raised Christian, now identified as atheist, staunchly supported the brutal regime of Bashar al-Assad in Syria, and advocated revoking the civil rights of Jordanians of Palestinian origin.

The cartoon by an unidentified artist that led to Hattar’s blasphemy charge depicts an ISIS fighter in bed with two women and ordering God around like a servant. While the panel actually skewered the militant group’swell-known hypocrisy regarding observation of Islamic practices, many Jordanians took it as a blasphemous insult to both God and Islam. Hattar deleted it from his Facebook page and apologized soon after the initial posting last month.

In an attempt to dispel reports that authorities had not done enough to protect Hattar from death threats, the state news agency quickly issued a condemnation yesterday saying that “the government will respond with an iron fist against anyone who tries to use this crime to spread hate rhetoric in our society.” Christians make up about 4% of Jordan’s population, and sectarian strife with the Muslim majority is rare. The government and many Jordanians believe this peaceful coexistence results from strict bans on incitement to hatred, violence, or discrimination from any quarter.

A court had already issued a gag order last month barring Jordanian media from covering Hattar’s arrest and trial. In the wake of his shooting, an additional gag order on coverage of the assassination was issued yesterday, allegedly “to preserve the secrecy of the investigation in the public’s interest.” Meanwhile, a statement from the international Committee to Protect Journalists advocated for true freedom of the press in Jordan:

Nahed Hattar’s killing is a direct result of lack of commitment to freedom of expression by Jordanian authorities. We call on the government to bring the killer to justice and to change its approach to freedom of the press to foster openness and protection for critical voices.