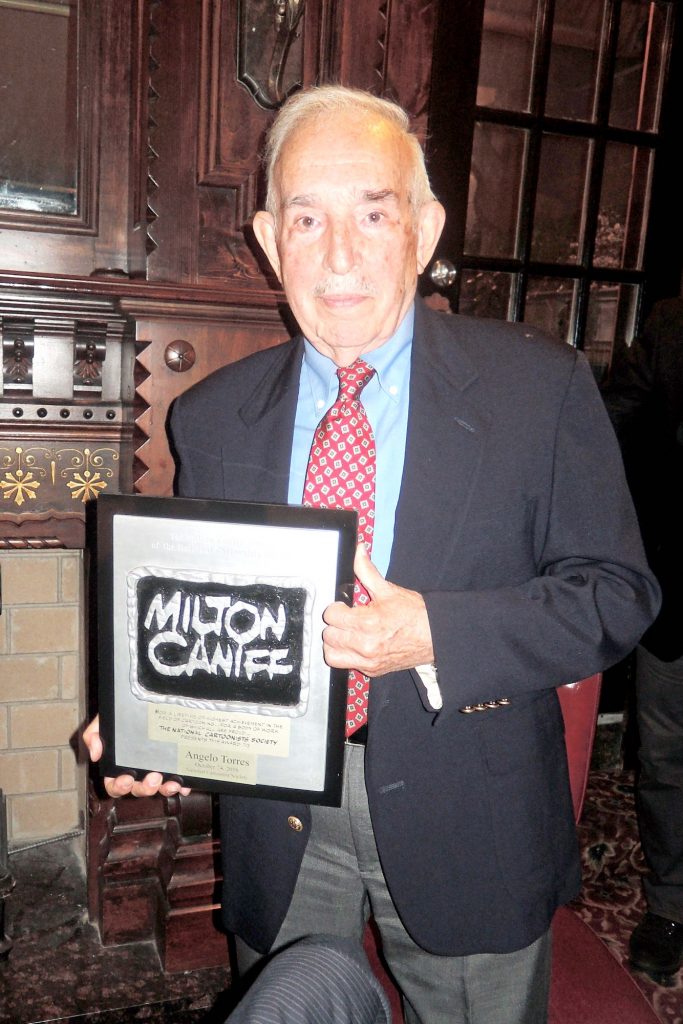 ON the evening of October 24, longtime MAD artist Angelo Torres was honored by the National Cartoonist Society.

He was presented with the coveted Milton Caniff Lifetime Achievement Award at mid -Manhattan’s Hurley’s Restaurant and Pub.  Torres becomes the twenty-first cartoonist to receive this prestigious award, following the win by fellow MAD-man Paul Coker, Jr. this past May in Memphis.  The standing-room-only crowd of associates and friends gave a rousing ovation to Torrres, as life-long friend and colleague Nick Meglin presented the plaque to him.   The very quiet, classy, low-key and modest Mr. Torres spoke of how honored he was to be awarded this unique distinction.  Milton Caniff, Hal Foster and Frank Robbins were early influences on his art, Angelo told everyone, and he expressed how fortunate he was to have had so many cartoonists as close friends over the years.

Torres, accompanied by his son to the evening’s festivities, was feted both on screen and in person by many greats.  Although Nick Meglin and partner Linda Maloof were present at Hurley’s, he, along with other MAD contributors, Rich Powell, Anton Emdin, Tom Richmond, Kit Lively and Sergio Aragones, gave video praise and good -natured nonsense insults to Torres.  Well-known writer, blogger and director, Mark Evanier, weighed in on screen, as well, stating that he had been in the MAD offices the day that Torres’ first art assignment was accepted.

It was a fun and unique evening honoring this American cartoonist and caricaturist, Angelo Torres.  He is a true master of the comic art genre, honored almost fifty years after first appearing in MAD, with a plaque representative of one of his early heroes, Milton Caniff. 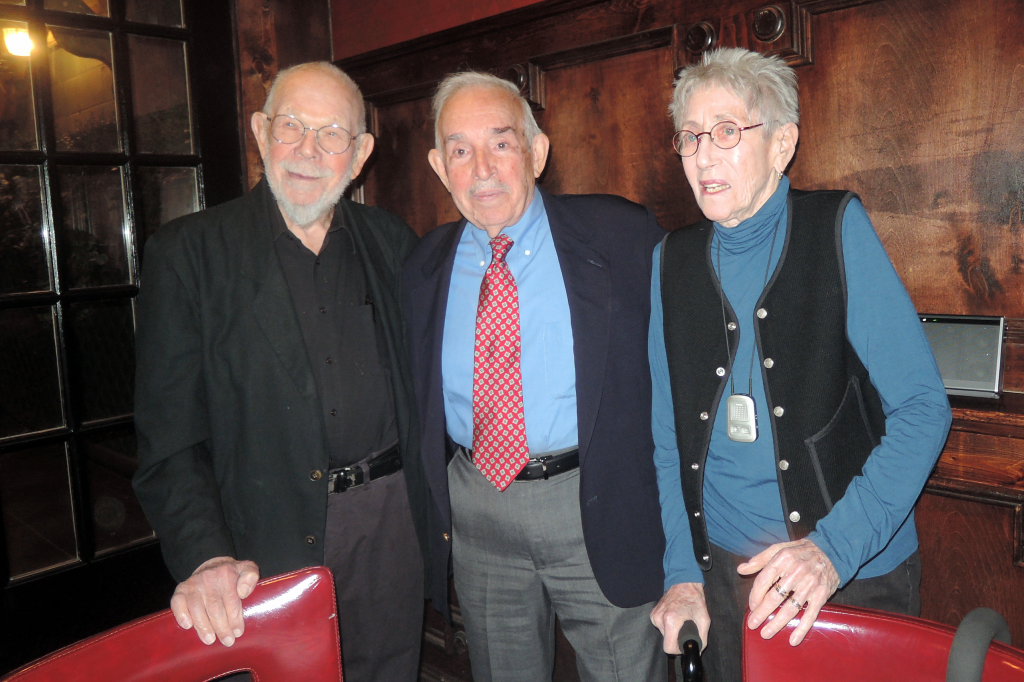