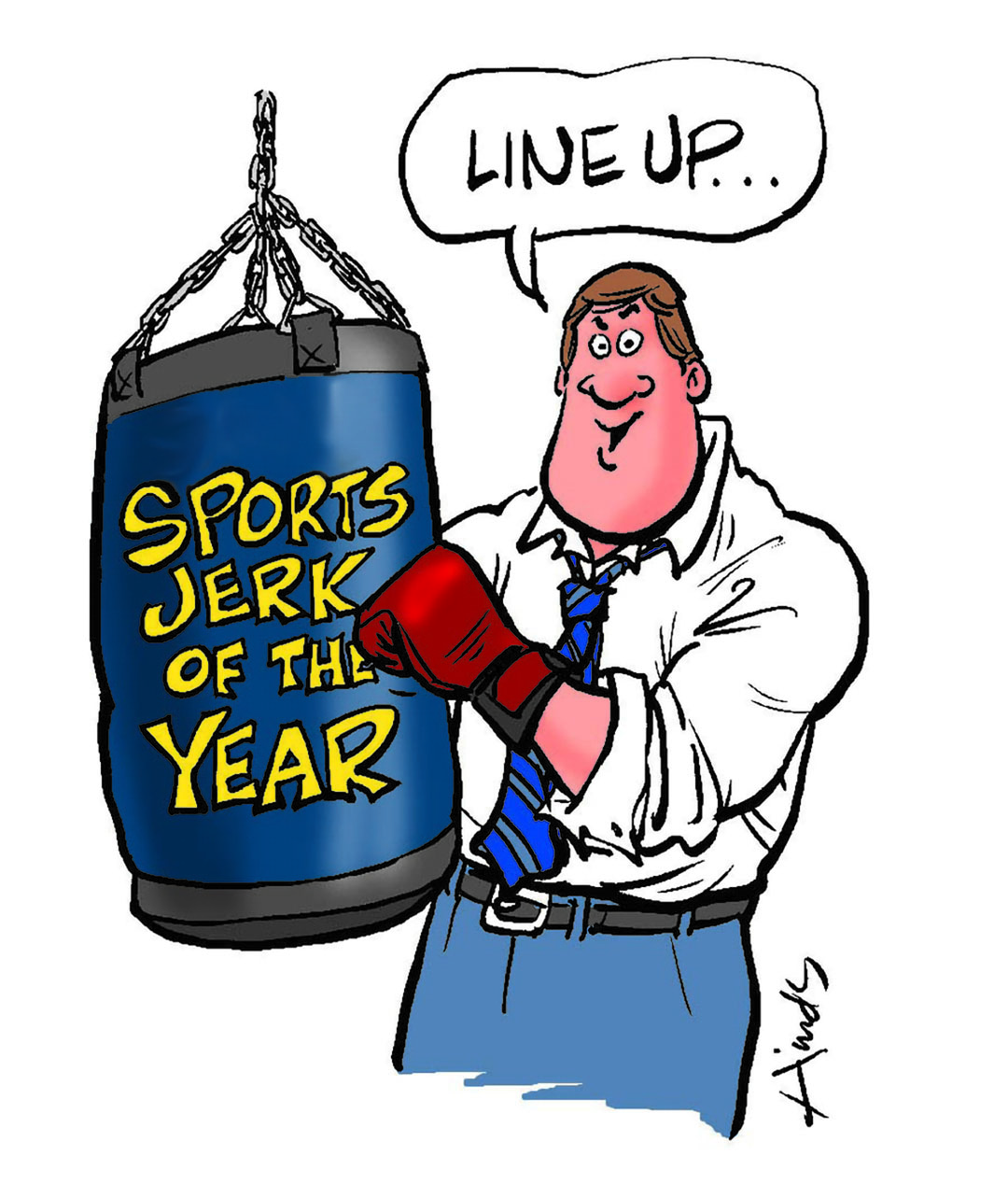 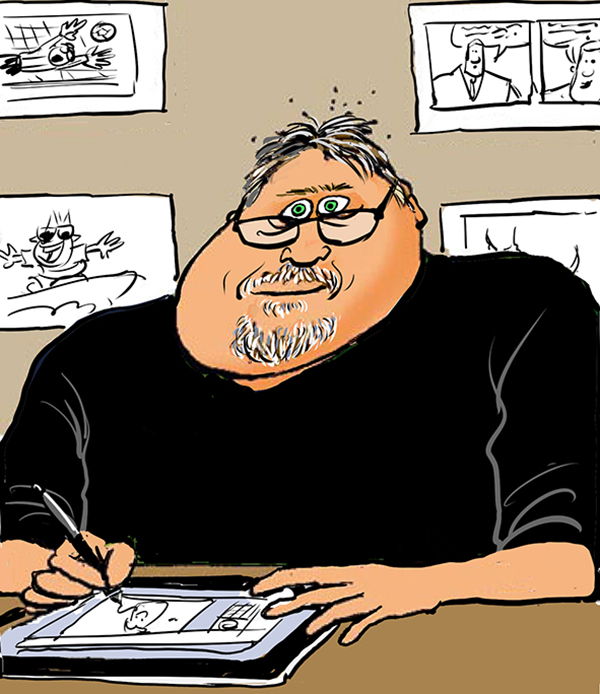 Bill Hinds is the drawing half of the team, with writer Jeff Millar, that created the sports comic strip Tank McNamara. In August 2020, Tank will have been running in newspapers for 46 years.

When Jeff Millar passed away in November of 2012, Bill Hinds took over the writing duties.

Each year the Tank McNamara Sports Jerk of the Year is announced in the strip. The 2019 recipient was Antonio Brown.

In 1987, Bill was named Sports Cartoonist of the Year by the National Cartoonists Society.

Hinds created, writes and draws the cartoon feature Buzz Beamer for the magazine Sports Illustrated Kids. Buzz Beamer has been the most popular feature in SI for Kids since the magazine’s first issue in 1989. In 2001, Bill won the New Media division award at the National Cartoonists Society’s Reuben Awards for his online animations featuring Buzz.

In 2001 the busy cartoonist introduced a new comic strip Cleats about kids, parents and sports. Cleats ran in as many as 70 newspapers. The feature concluded with a spooky strip on Halloween 2010.

Bill Hinds was born on San Jacinto Day, April 21, 1950, in Houston, Texas. He graduated with a Bachelor of Fine arts from Stephen F. Austin State University. He formerly served on the board of both the National Cartoonists Society and the Newspaper Features Council.

Bill and his wife Lisa, live in Spring, Texas