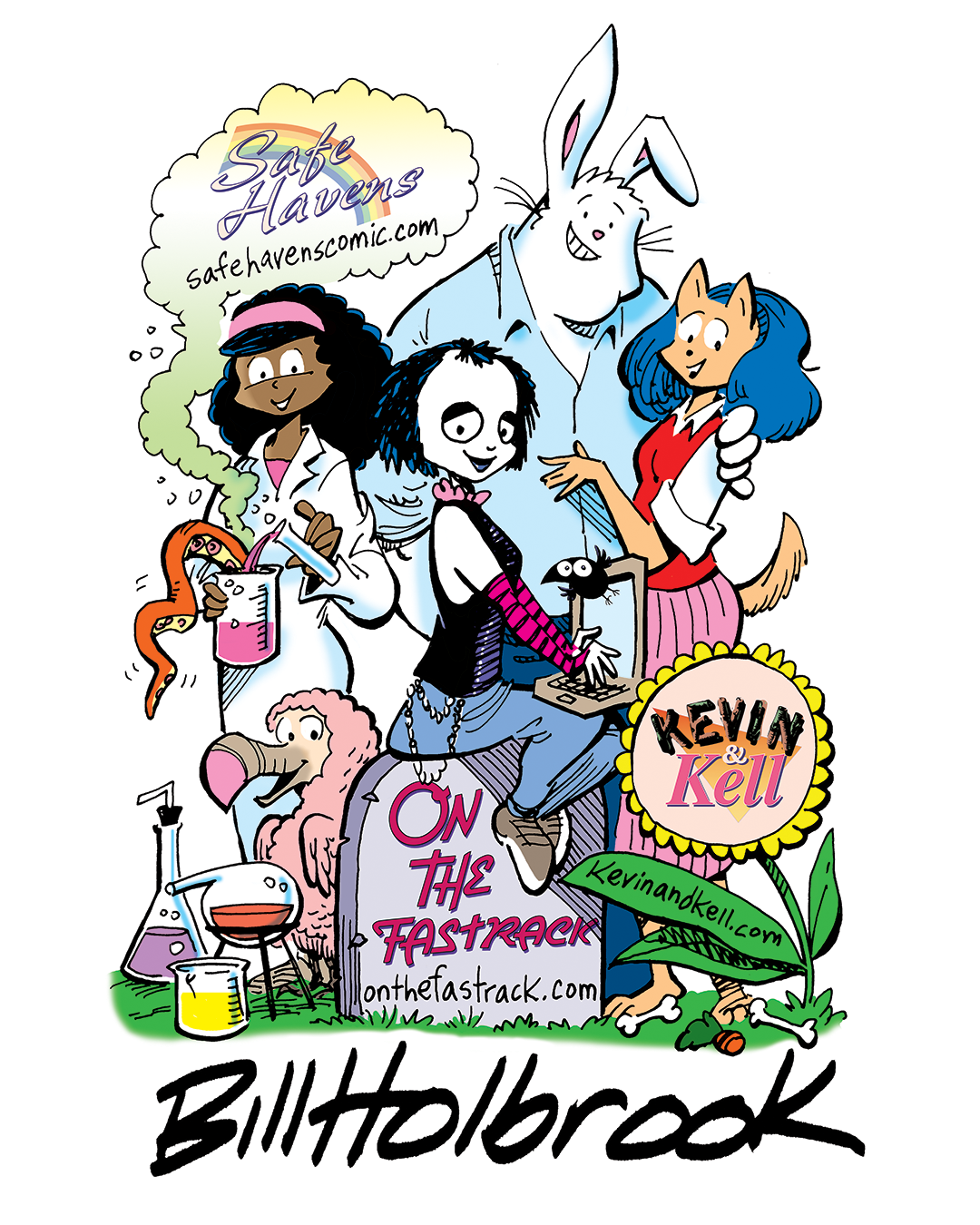 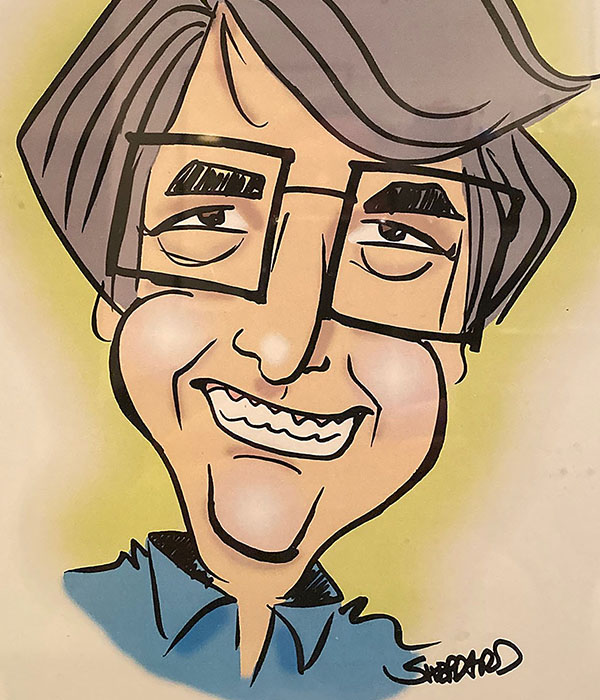 Bill Holbrook grew up in the Space Age atmosphere of Huntsville, Ala. in the 1960s. Upon graduating from Auburn University in 1980 he was hired by The Atlanta Constitution as an editorial staff artist. After several attempts at syndication, his office strip “On the Fastrack” was picked up by King Features and debuted in 150 papers on March 19, 1984.
Eleven days before that he’d met Teri Peitso on a blind date. they were married on Pearl Harbor Day, 1985, and now have two daughters. They also gave birth to a second strip about kids called “Safe Havens.”
In September 1995 he began a new strip called “Kevin & Kell” which is now the internet’s longest running daily webcomic. He was named Cartoonist of the Year at the 1998 Pogofest, an annual gathering in Waycross honoring the great Walt Kelly and “Pogo.” “Kevin & Kell” was given the Ursa Major Award in 2003 for Best Anthropomorphic Comic Strip, and in 2016 it was one of three nominees for the National Cartoonists Society’s Silver Reuben award for Best Online Comic (Short Form).
He recently collaborated on the comic book “A Duel in the Somme,” written by Ben Bova and Rob Balder.