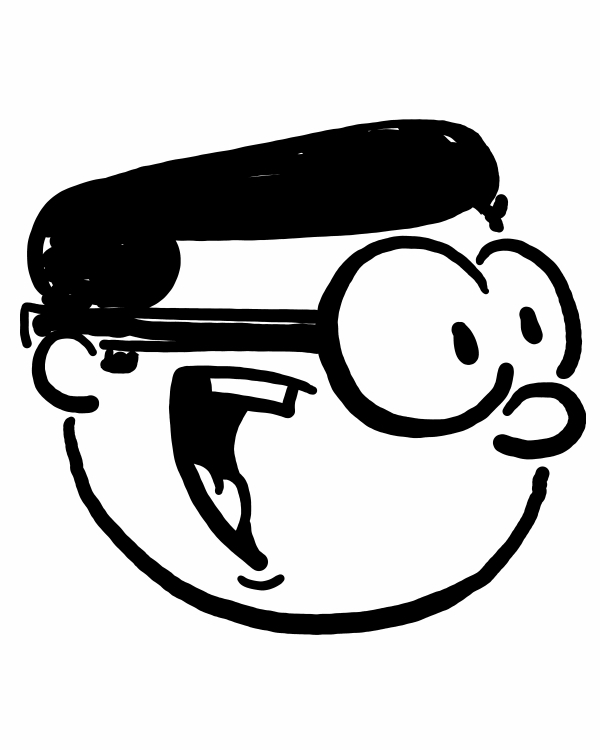 Brad’s comic strip, “Pirate Mike: Maladjusted Suburbanite,” is carried by GoComics and runs in the Pittsburgh Current newspaper. The strip is about an 18th-century pirate cursed to live in the 21st century suburb of Kokanut Falls. Mike is now married with a son and dog, and he works as a party host at the “Pizza Pirate,” a children’s theme restaurant. By contrast, Brad grew up in the Chicago suburbs and now lives in St. Paul, Minnesota, with his wife, Laurie, and their dog, Charlie. His favorite comic strips include all the usual suspects, but it was Garfield that inspired him and his cousin to start making their own strips in those heady days of the early-80s. He was a Marvel kid, not DC. Currently, he is firmly of the opinion that we are entering a new Golden Age of comics strips.