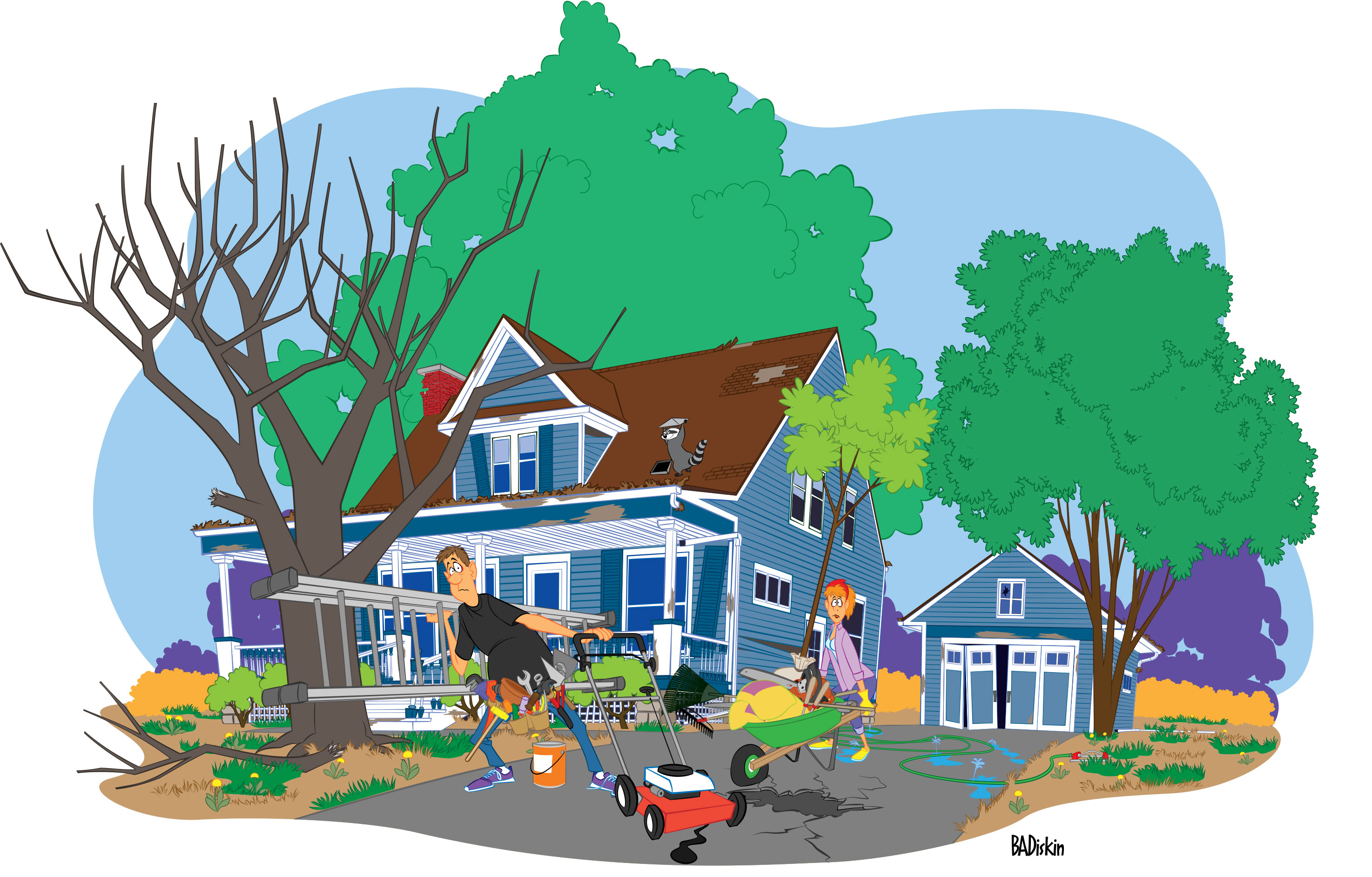 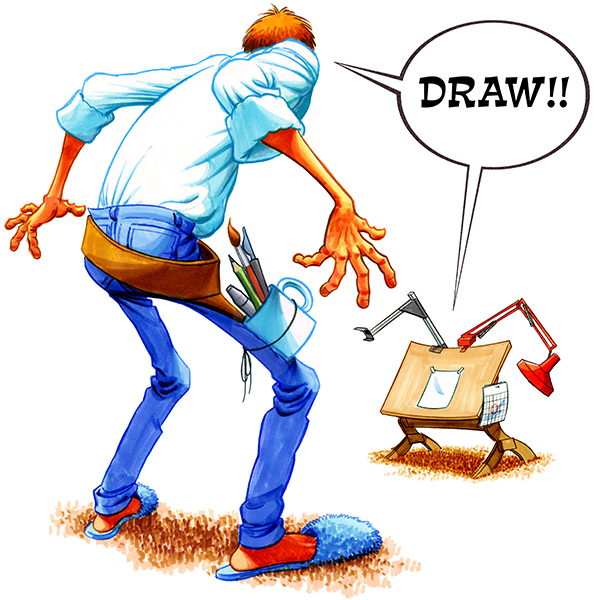 I displayed an artistic talent at an early age. I first experimented in peas and mashed potatoes.  As I grew older, I moved up to crayons on the walls and markers on the flesh.  This met with harsh reviews from the critics — “No!!  Not on the walls!” and “You do NOT color your brother!” — and time spent in the corner of the room.

Unshaken by these set backs, I continued my artistic development venturing into coloring books.  At this stage I began dabbling in art theory.

Me: Well, that blouse doesn’t go with that skirt.

Critics can dish it out but they can’t take it.  Back to the corner.

Upon entering Grammar school I took up pencil.  I would draw everything from horses to trees to houses to cars.  I’d even draw cartoon characters, like Snoopy, Magilla Gorilla, Popeye and Underdog.  You name it, I’d draw it.  This continued through Middle school to High school, where I discovered drafting.  I thought this was the coolest thing, drawing odd-shaped objects from every angle!  It was then I began to ponder architecture.  More accurately, it was then that my family began to “encourage” me to pursue a career in architecture.

Following graduation I was sentenced to the Architecture program at the University of Illinois – Chicago. (Chicago being the leading innovator in architectural design and the four hour commute.)  Here they said I would learn exciting, inspiring concepts and draw magnificent buildings.

Professor: Mr. Diskin, you have a most exciting, inspiring concept…if we were designing motels.  You were suppose to design condominiums.

Okay, architecture wasn’t my thing.  But how creative can you be with restrictions like building codes and laws of physics?  On the bright side, while spending time in the corner, I entertained my classmates by drawing cartoons of the professors on the walls.

I still wanted to do something in the art field.  So I headed west stopping off for a while at the College of DuPage and arriving at Northern Illinois University.  As a “Roads Scholar” I spent the next two and a half years dodging cows and watching corn grow while studying Commercial Art.  I knew this is where my talent lied.

Professor: Do you see this rock, Mr. Diskin?

Professor: It has more life than your figures.

‘Hmmm…what was he trying to say?’ I pondered while standing in the corner.

Okay, this is just another bump in the road on my journey to becoming an artist.  I would simply get through my last class, get my degree and try something else.  Not taking the class seriously, I would turn in loose cartoony sketches done late the night before the project was due.  As luck would have it the teacher loved them.  I was soon released from the corner and introduced back into the herd…uh…class.

Since graduating, I have been developing my sense of humor and cartoon style, and seeking help for my “corner of the room” issues.  My travels have taken me to many exotic places such as a T-shirt/novelty company, an animation art gallery and a community college where I inspired art students how to make use of their time while standing in the corner of the room.

Just kidding!  I taught them how to watercolor, draw cartoon characters and create storyboards.

During my travels I’ve also freelanced.  This has taken me on a number of epic adventures like animating science videos, creating cartoons art for academic books and magazines, storyboarding, character design, greeting cards and caricatures.

With that much experience and creativity who wouldn’t want to hire me!…Other than architects.