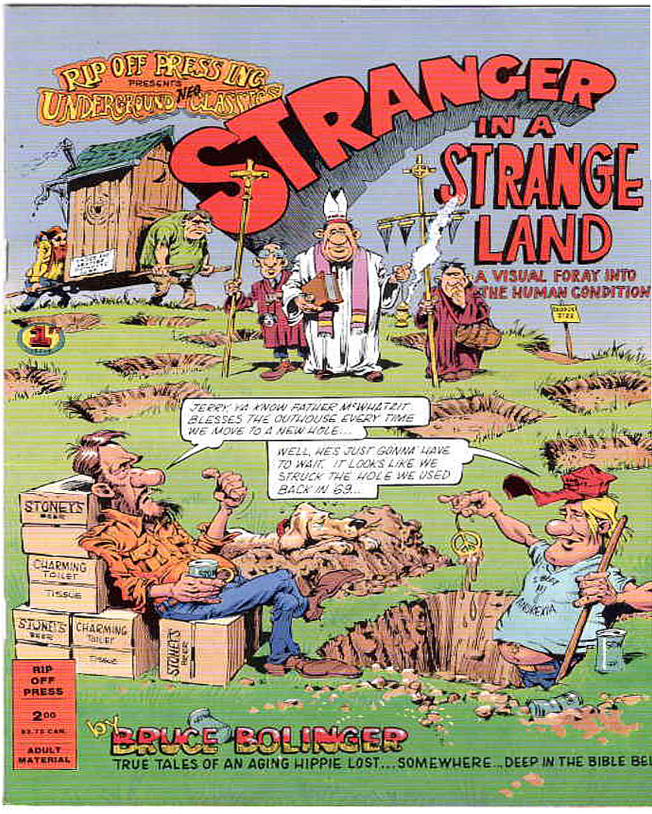 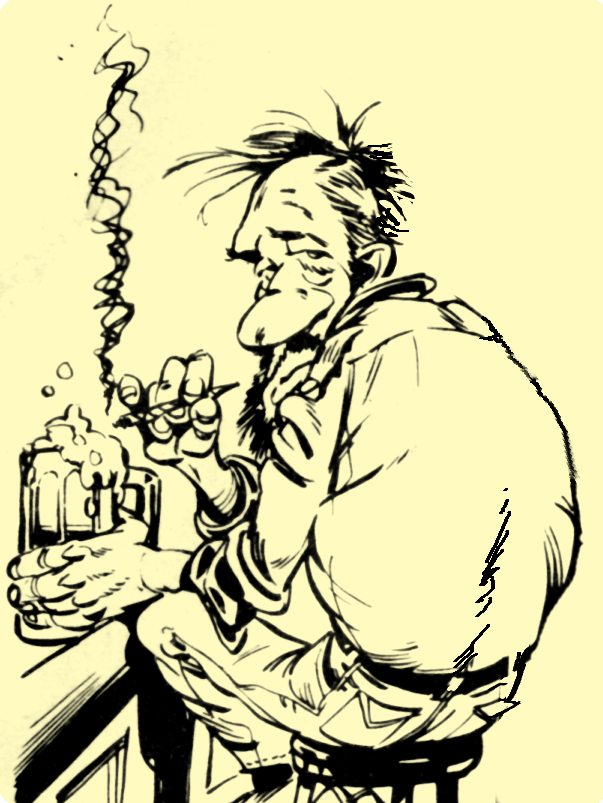 Bruce Bolinger is an American artist who graduated from the Art Center College of Design in Pasadena, CA and moved east  to work for Brady Publishing Company, a textbook publisher. After 7 years in Washington, DC., Bruce and his mate, Valerie, moved to Pennsylvania and began a freelance commercial art studio that produced thousands of images which graced textbooks, presentations, greeting cards, magazines, t-shirts, newspapers and even his own comix series. The direction of art produced turned toward cartoons and humorous illustrations and in 1988 Bruce was hired by the great, now late, Don Martin, cartoonist of Mad Magazine fame. Bruce inked Don’s final artworks when Don switched from Mad to Cracked Magazine in 1987. Bruce had the privilege of working with Don for three years, then went on to contribute his own cartoons to Cracked magazine for a decade. His work was collected in the softcover “Just South of Sane: The Cartoons of Bruce Bolinger” .  He currently writes and designs greeting cards for the site Greeting Card Universe.