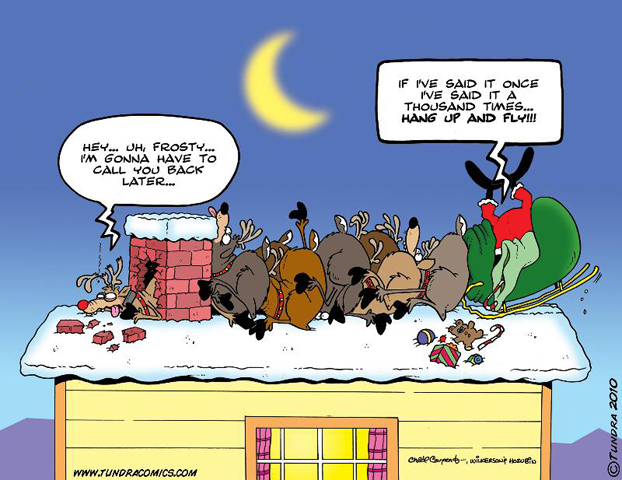 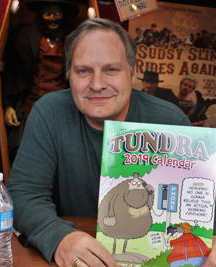 Chad Carpenter is best known for his comic panel Tundra. Carpenter launched the strip in the Anchorage Daily News in his home state of Alaska in 1991. Since then, he has self-syndicated it to over 600 newspapers, an unusually high amount for strips in self-syndication.

Created in 1991, Tundra is published on a daily basis, always in one of two formats: Either a single-panel gag comic or a three-panel strip with regular characters and more complex humor. This alternation is similar to that used in Mother Goose and Grimm and Non Sequitur. Unlike those strips, Tundra tends to deal with wildlife and the outdoors; its humor appeals to all demographics, young & old. Tundra also occasionally uses reader-submitted ideas. Carpenter still self-syndicates the strip within the United States, and currently appears in over 600 newspapers as a result. Since 2007, the strip has been syndicated internationally by King Features Syndicate. It now appears in newspapers in the United States, Canada, Jamaica, Germany, Switzerland, Sweden and Trinidad and Tobago. He has published and sold 20 Tundra books and has also produced extensive amounts of other Tundra-branded merchandise. In May 2008, Tundra was named the best newspaper panel of 2007 by the National Cartoonists Society. In August 2008, Carpenter was presented with a legislative citation honoring him as Alaska’s Cartoon Laureate. It was presented to him by Wes Keller, a member of the Alaska House of Representatives.