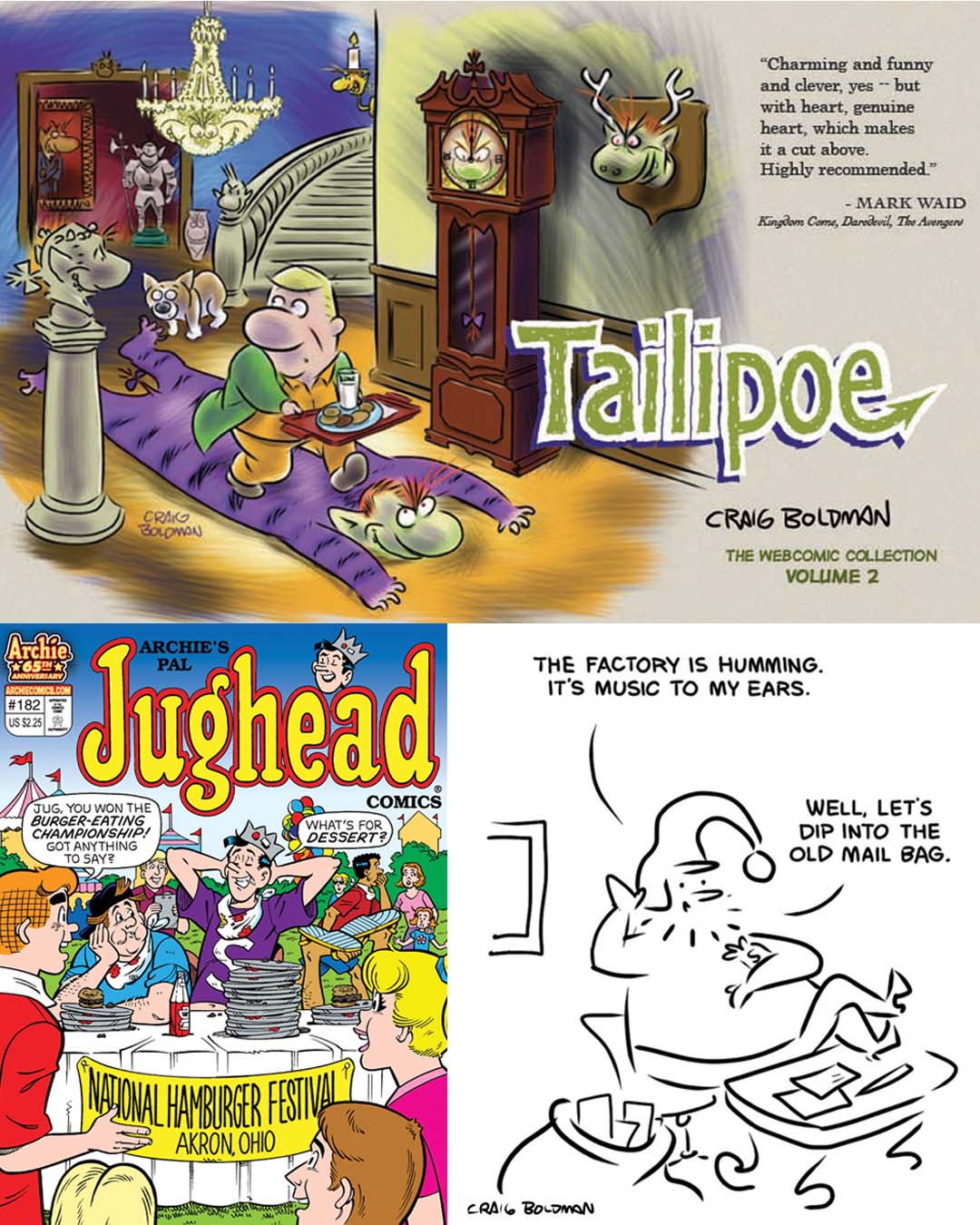 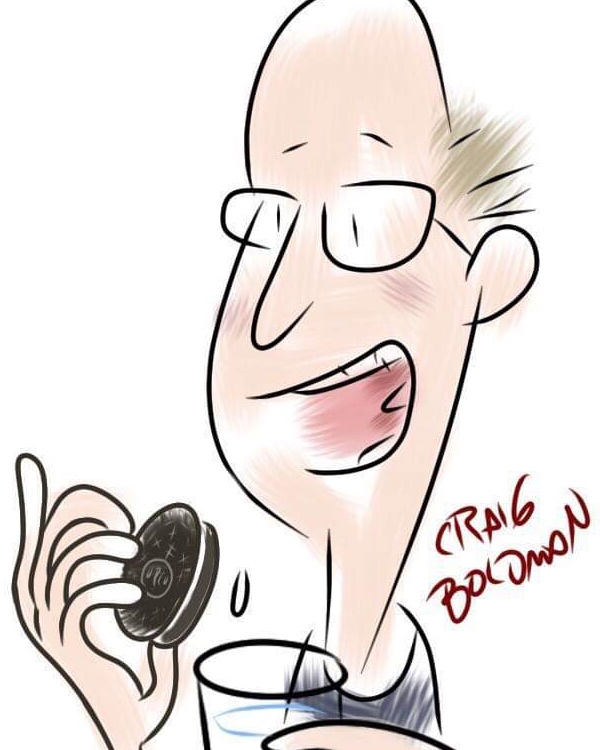 Craig Boldman is a longtime creator for Archie Comics, known best for his more than 100-issue run on the Jughead comic, and for two decades of the Archie syndicated comic strip.

Most recently, he is the illustrator of “Search for Spock – A Star Trek Book of Exploration (A Highly Illogical Parody)’

Craig’s latest and greatest original comic creation is the humor thriller, ‘Tailipoe,’ about which Mark Waid says, “Charming and funny and clever, yes — but with heart, genuine heart, which makes it a cut above. Highly recommended.” Craig is also currently collaborating with Tim Fuller on the humor-adventure series, Cap’n Catnip.

Don’t leave the show without having Craig draw you as your favorite character, caricature-style!

Did you know that Craig’s first comic book credits were as a writer of Superman stories? He has also been a writer and/or penciler and/or inker on such titles as ‘Mazing Man, Bugs Bunny, Disney’s Doug, Disney’s Recess, Ed Edd & Eddie, Bazooka Joe, Big Boy, and many others!

Craig served as the chairperson of the Great Lakes chapter of the National Cartoonists Society from 2006-2011.