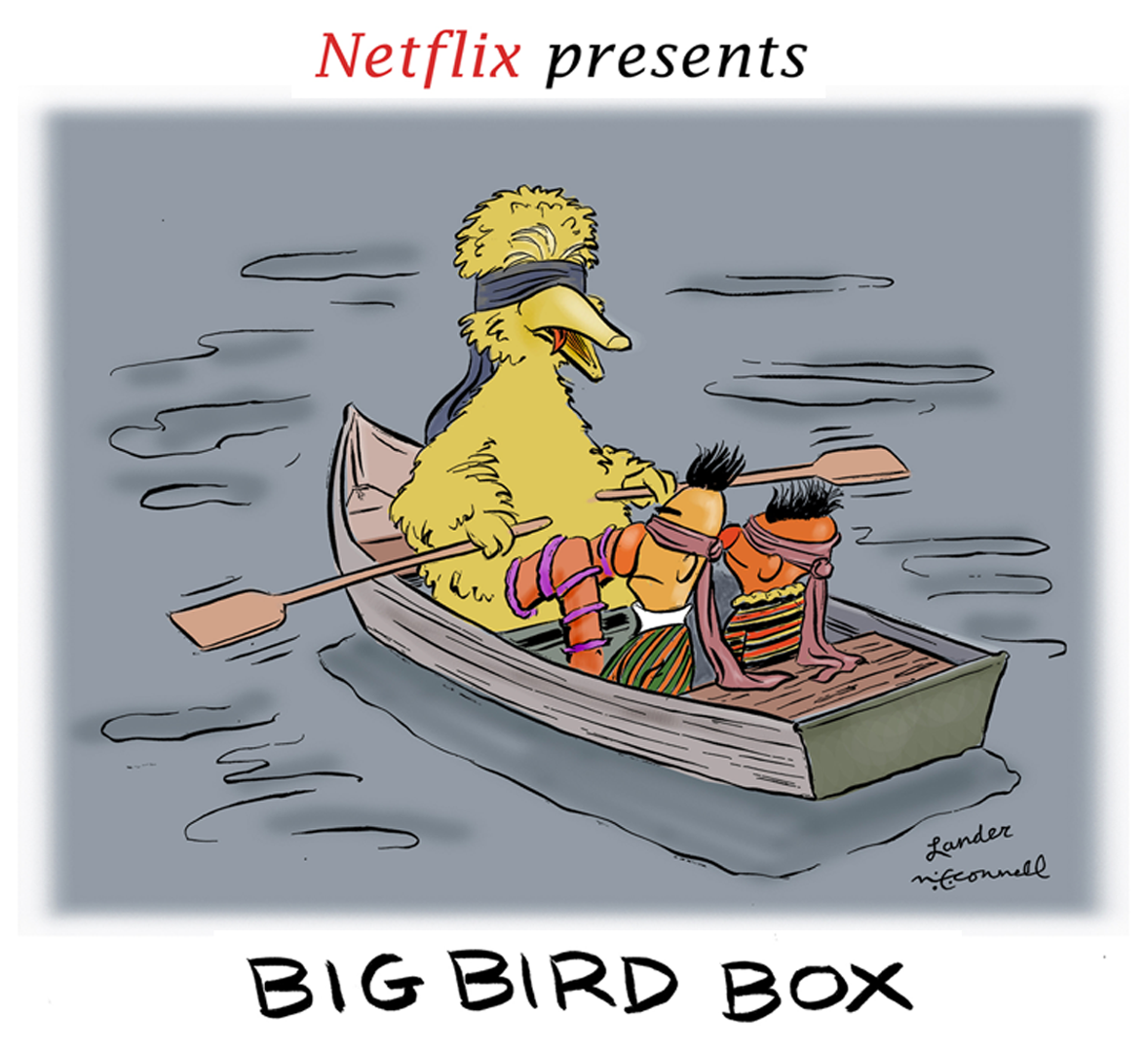 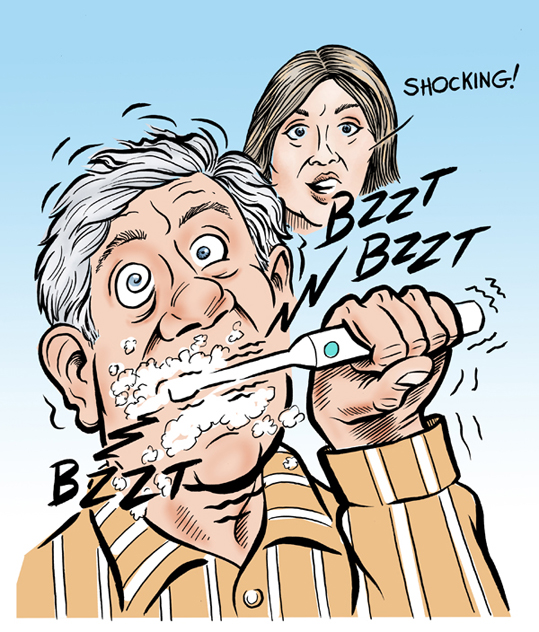 I’m Dan McConnell of Cashmere, WA.  I am married to Ann and we have two adult children and two Grandkids.

January 2, 2019 is a day that will live in “Famy”!  My cartoon (Profile Artwork) was selected by the editors to appear in MAD magazine online! It has been a life-long dream of mine to become a member of the “Usual Gang of Idiots” and now I ARE one! Paul Lander was the writer for all my MAD magazine sales.

I started cartooning professionally with a cartoon strip called Apple Andy; It appeared in the Cashmere Valley Record from 1980 to 2000….so I doubled the years in the industry of Gary Larson and Bill Watterson…with the caveat that mine was a weekly cartoon strip and theirs were dailies…levels of stress quite similar with me running my orchard at the same time.

I’ve done political cartoons, caricature parties, comic books, my comic strip and now have become a MAD contributor; which will always feel like a peak in my career.

The future holds a graphic novel that was written by Nick Meglin, called the Casebook of Dr. Dorkle.  The character created by Nick and me is Bent Arrow. This work is Nick’s first exploration into graphic novels and just working with Nick on this was for me, the Impossible Dream….because there I was in 1960 reading MAD, which was Nick’s baby…I was reading his lyrics in the song parodies in the Movie parodies and singing along with the music in my mind and loving the images by Mort Drucker, who was hired by Nick.  Nick also hired Al Jaffee! I was a kid in a tumbleweed town in Central Washington, the state, having no idea of the possibility of making a connection with the high muckety muck of MAD magazine in New York City!  Need I say more.

I’ll say more….the Casebook of Dr. Dorkle is supposed to be finished by the end of March 2020….but it was supposed to be finished in March 2019, and March 2018 etc. back to 2016 ….it’s been a loooooong birthing process.  My fellow Slugs (designated Slugs by Nick because of the zippy speed of our completion) are Todd Clark, Greg Cravens, Jack Pittman and Rich Powell….you can find most of them in the NCS membership and almost all of them in the archives of MAD magazine.  I’ll let you know when the baby is birthed!