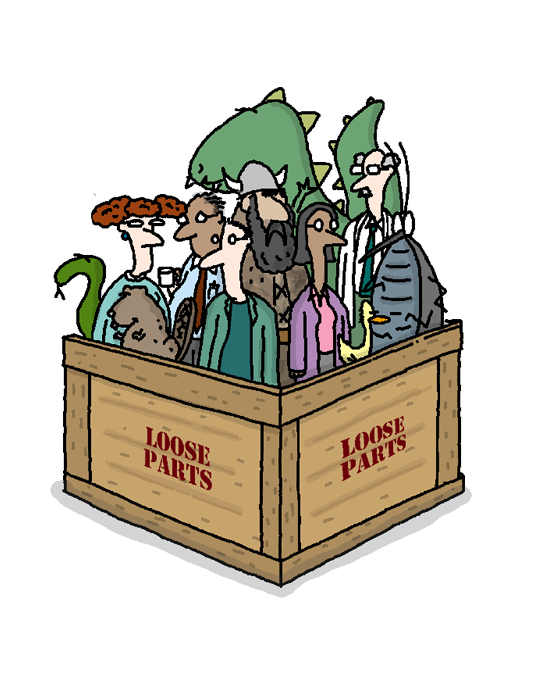 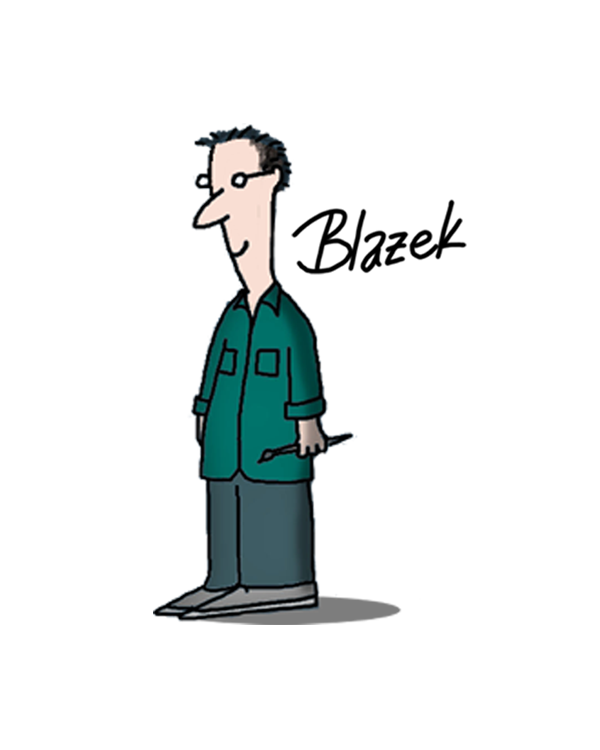 Loose Parts is the oddly intelligent, weirdly entertaining and impulsively funny comic that graces newspaper pages, websites and refrigerator doors all across North America (and on other continents with smart people, too). It roams living rooms, medieval castles and science labs; it peeks into suburban kitchens and operating rooms and treks to outer space and beyond, all in the search of funny. It views the world from a different angle so you don’t hurt your neck trying to do it for yourself. In Loose Parts, all the people are dumber than each other and the animals are smarter than everyone else.

​Blazek and Loose Parts won the National Cartoonists Society Reuben Award  (the Oscar of cartooning) for America’s Best Newspaper Panel Comic in 2019 and again in 2020. It was voted in by hundreds of the best cartoonists, illustrators, animators and industry insiders working today. Dave’s been nominated five times for the award.

​Loose Parts appears daily in newspapers such as The Washington Post and The Philadelphia Inquirer, and in scores of other newspapers and websites as well. There are seven Loose Parts books, including the most recent, Quirky Rectangles of Mirth.

​Loose Parts cartoons are all entirely cholesterol-free and you can enjoy as many as you like.

Loose Parts is created by Dave Blazek, who – when he’s not drawing wolverines performing rhinoplasty – is an illustrator, writer, animator, TV and Radio producer, and reformed standup comedian with two medium intestines instead of the standard large and small. Blazek used to roam the Advertising world where his work has earned him more than 120 international, national and local creative awards including a Clio and several ADDYs (all currently being used to hold doors open and/or smash garlic). He was one of the leaders of MediaLab, the groundbreaking newspaper marketing group at The Philadelphia Inquirer, until he left to concentrate even more brainpower on Loose Parts. And oh yeah, he previously helped create the comic Dr. Katz Professional Therapist for Comedy Central

Blazek actually has a real degree in Journalism from Penn State. In his spare time he plays the piano and guitar, runs like a fool and hikes any mountain taller than his head. He succeeded in marrying a beautiful woman with horrible eyesight, and he and Eileen live in the woods, just outside Philadelphia, right next to Valley Forge National Park. It’s there where he drinks good beer, stares at blank ceilings and comes up with the ideas that make people regard him strangely.