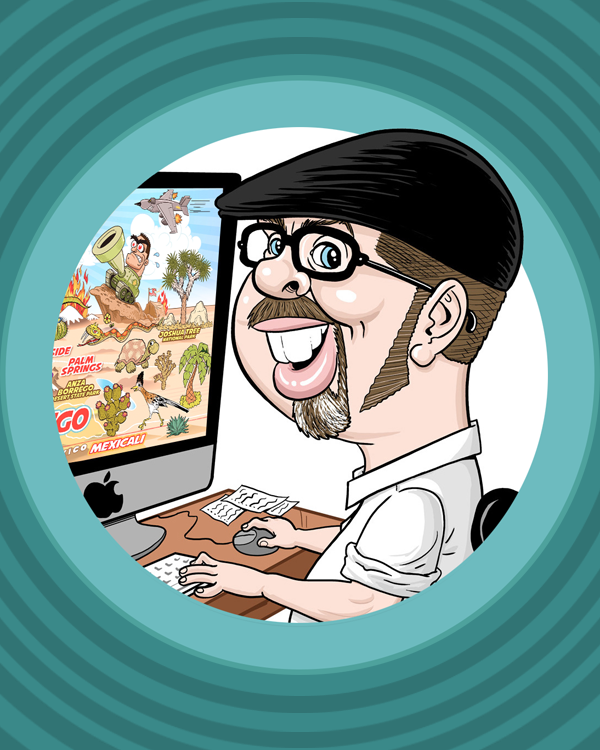 I moved to San Diego in 1987. In 1991, I animated for Marvel Productions’ Saturday morning cartoon Attack of the Killer Tomatoes for a season before branching out independently to do commercial art and event entertainment.

I have been a full-time professional cartoonist and illustrator for more than 25 years now. I split my professional time between cartoon and caricature commissions in my studio for commercial, editorial, educational and private clients on one side, and in-person entertainment drawing live caricatures – traditional or digital – on the other.