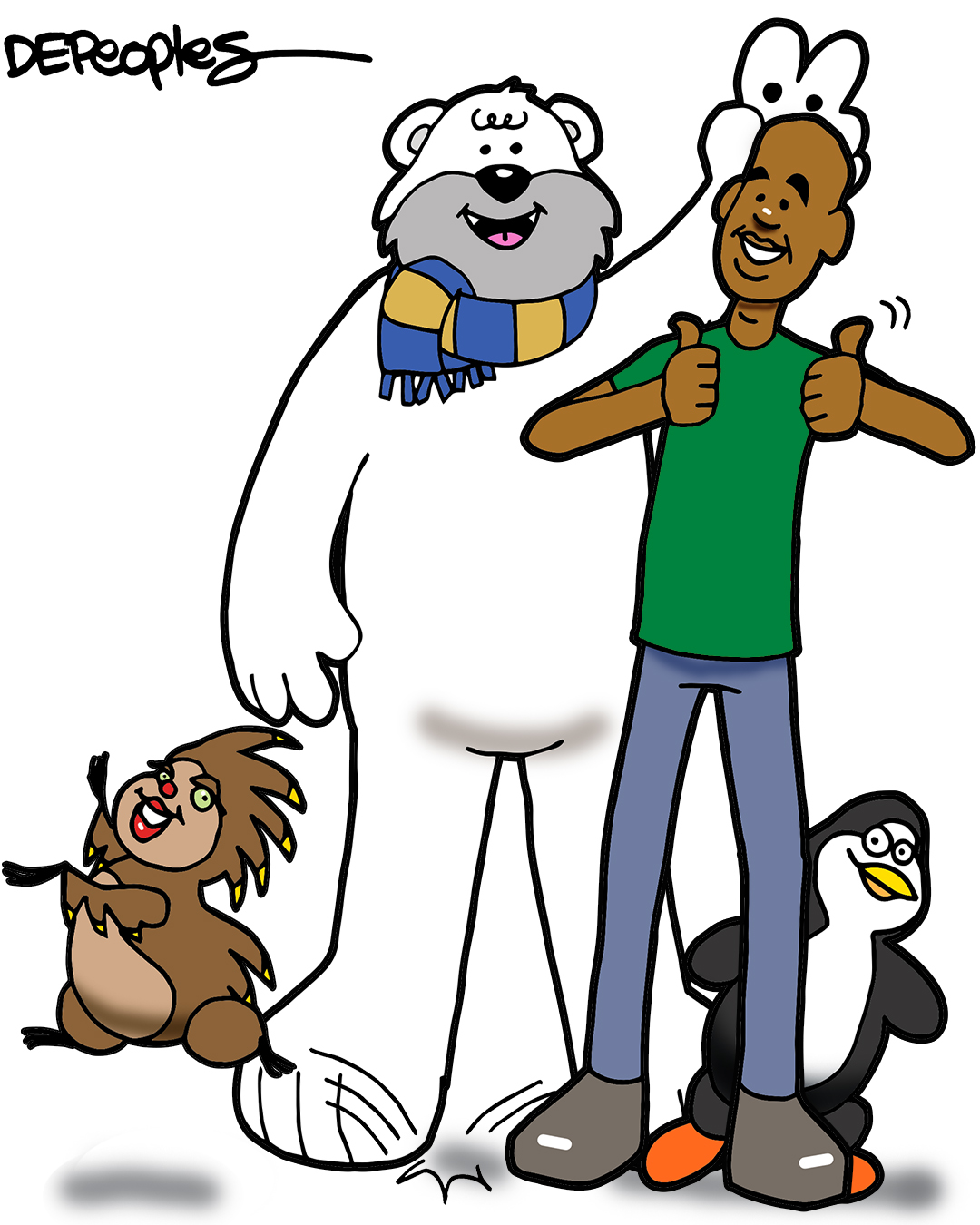 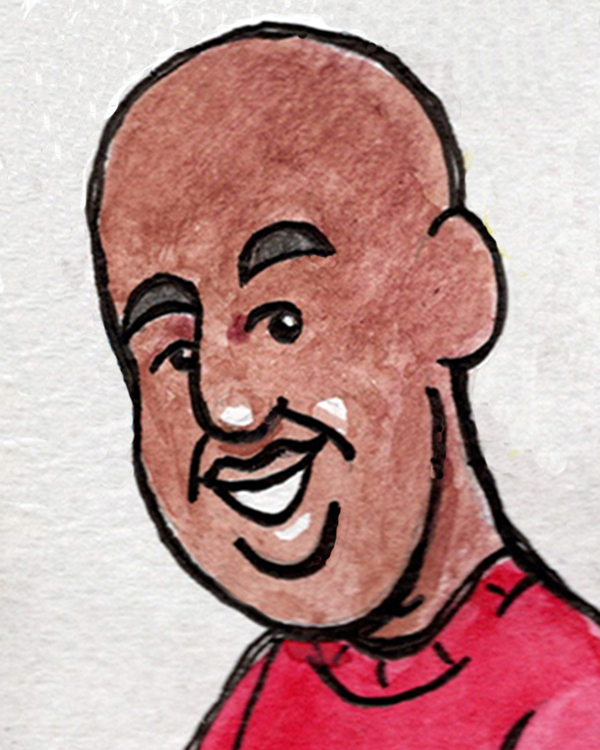 Don Peoples is a cartoonist, graphic designer, and photographer based in Akron, Ohio. He is a graphic designer for the Akron-Summit County Public Library, as well as a freelancer. Peoples is a member of the National Cartoonists Society and the Akron Black Artist Guild. He earned a Bachelor of Fine Arts degree in graphic design from The University of Akron.

Peoples’ work has been shown in many exhibitions. Publications includes Nahla’s New York Adventure, My Christmas Piece, Cooking It Up in Cleveland!, Toon Appétit: Recipes and Cartoons from the Great Lakes Chapter of the National Cartoonists Society, North: A Graphic Guide to Pittsburgh’s North Side, Attack of the Political Cartoonists, and The Rankins Files Magazine.

He is the creator of Peoples Greetings: custom caricature greeting cards, and humorous postcards featuring Penguin, Polar Bear, Porcupine, and Peoples himself. This mischievous bunch is known as “The Postcard Pals.”