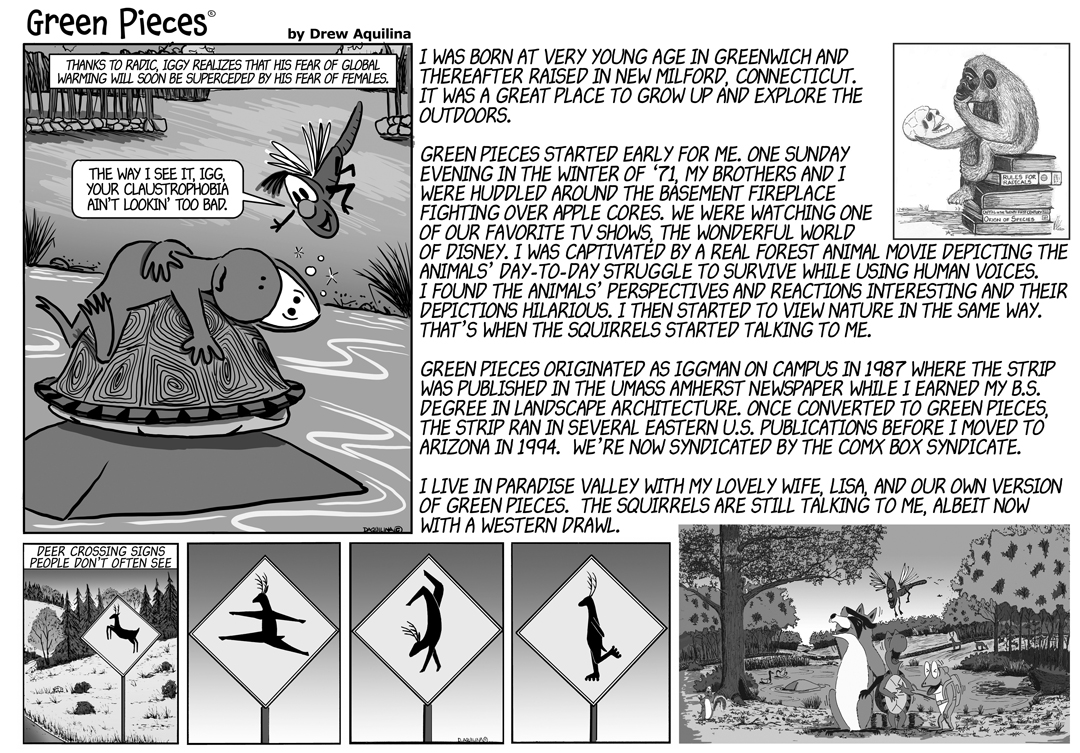 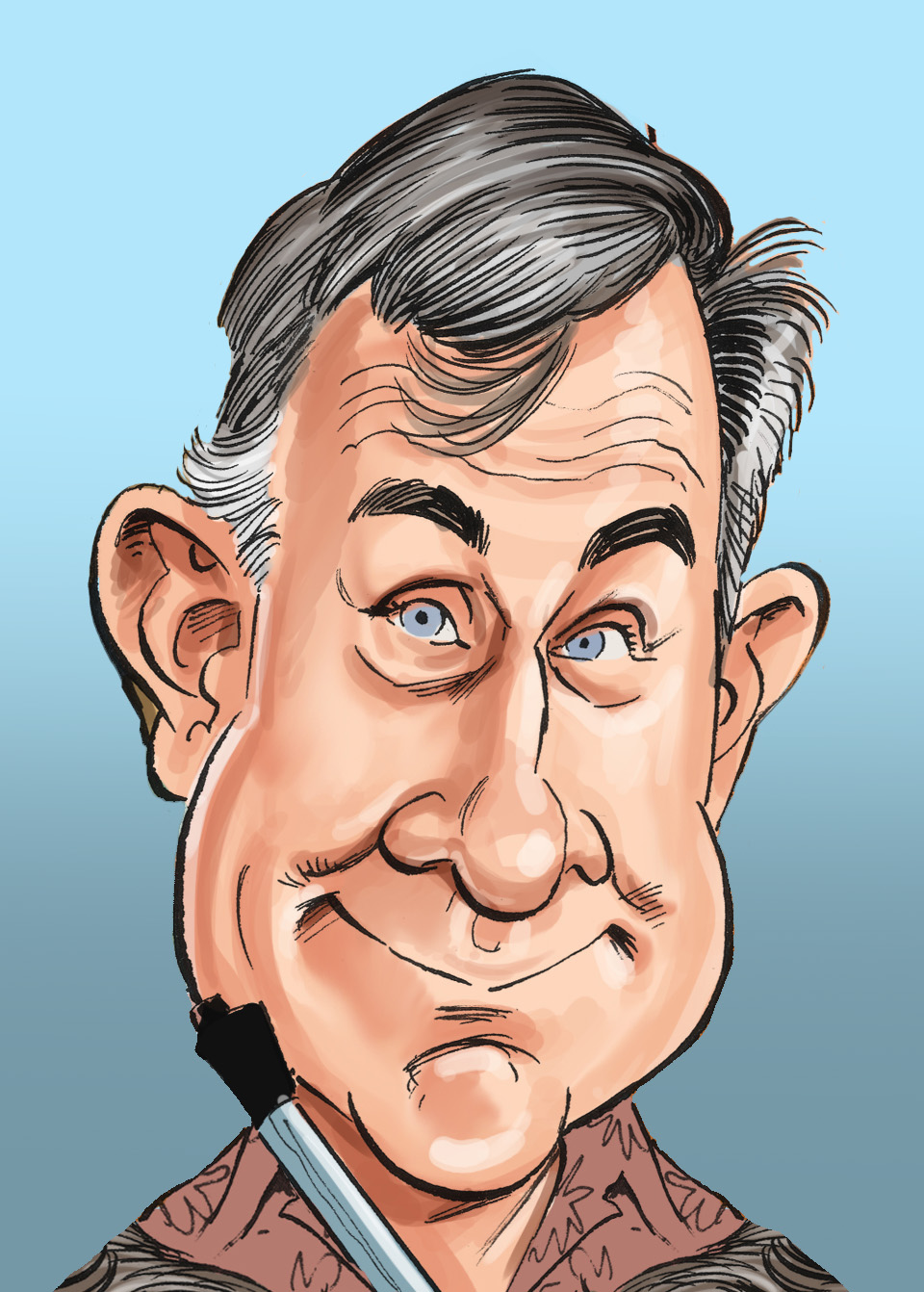 I was born at very young age in Greenwich and thereafter raised in New Milford, Connecticut. It was a great place to grow up and explore the outdoors.

Green Pieces cartoons started early for me. One Sunday evening in the winter of ‘71, my brothers and I were huddled around the basement fireplace fighting over apple cores. We were watching one of our favorite TV shows, The Wonderful World of Disney. I was captivated by a real forest animal movie depicting the animals’ day-to-day struggle to survive while using human voices. I found the animals’ perspectives and reactions interesting and their depictions hilarious. I then started to view nature in the same way.

That’s when the squirrels started talking to me.

Green Pieces originated as Iggman on Campus in 1987. The the strip was published by the UMASS Amherst newspaper while I earned my B.S. degree in Landscape Architecture. The name of the cartoon morphed into Environmental Pieces but due to its content and purpose, it quickly evolved into Green Pieces. This strip ran in several eastern U.S. publications before I moved to Arizona in 1994.

I previously lived in Paradise Valley with my lovely wife Lisa and our own version of Green Pieces. The squirrels did talk to me, albeit with a western drawl. In summer 2021, I had an epiphany … New England squirrels are funnier.  So I loaded up the truck and moved to Beverly … (oops, I mean New Hampshire).