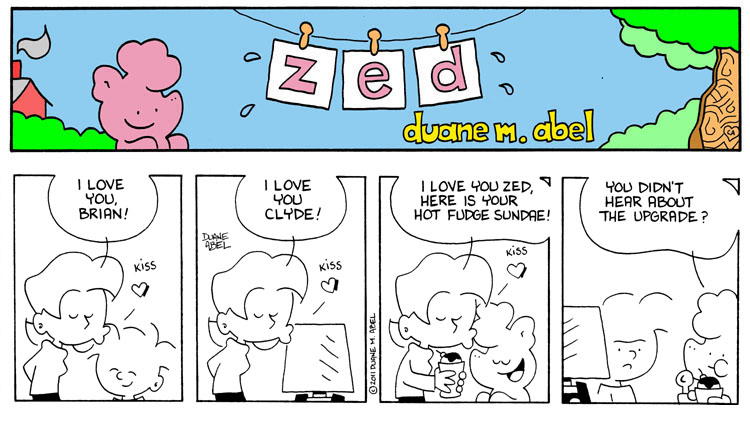 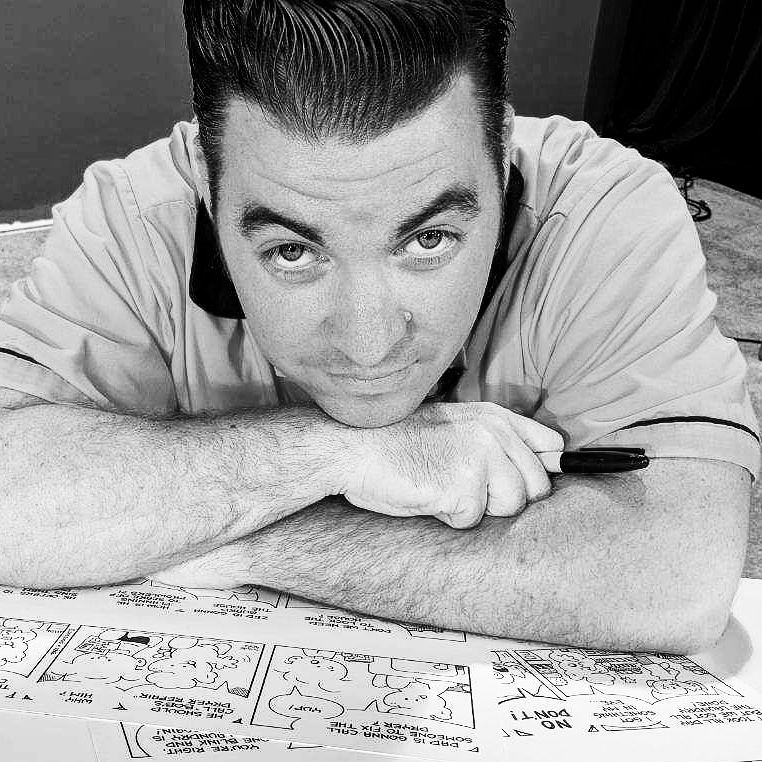 After being born in a small Ohio town and growing up on a steady diet of Saturday morning cartoons, the Sunday Funnies and cereal, Duane joined the ranks of professional cartooning at the age of thirteen, selling cartoons to several small magazines and regional publications. Applying the four words to success mentality, Duane walked into his hometown newspaper at the age of fifteen with the comic strip “ZED”. The feature began in the fall of 1995 and soon Duane was offered a syndication contract from a Future Features Syndicate. By signing on the dotted line Duane became the youngest syndicated cartoonist in the country…but before launching the comic strip, the syndicate closed it’s doors. However with a strong local readerships Duane began to offer his creation to other publications. It was during this exciting time that Duane was offered a full tuition scholarship to the University of Akron, to major in Theatre Arts. While preparing “ZED” for his first book collection with Plan Nine Publishing, Duane signed another contract with American International Syndicate where the owner suffered a heart attack before promoting “ZED” to newspapers. Duane was too busy to notice as he was touring in a one man theatrical production and exciting football fans as the school mascot, Zippy the Kangaroo! Upon graduation (and if your keeping track, putting out of business a book publisher and two newspaper syndicates) Duane married his college sweetheart, Coral, and soon welcomed his first child into the world. He then took control of his creative destiny and formed Corkey Comics, ensuring that “ZED” would always have a home in book collections and newspapers. “ZED” currently appears in several weekly newspapers and has been collected into Corkey Comics book publications. Duane is a proud member of The National Cartoonists Society and has been nominated for the Ignatz Award. In the summer of 2014 he wrote, directed and starred in the comedic stage play JELLY JARS. Duane travels to 100+ schools every year presenting his student assembly “Draw Your Destiny” and is a very busy keynote speaker sharing the wisdom of the Sunday Funnies and how they can be used for personal and professional development. Duane and his wife Coral are proud parents of two boys, Zackie and Clayton, and live in a small Ohio town.