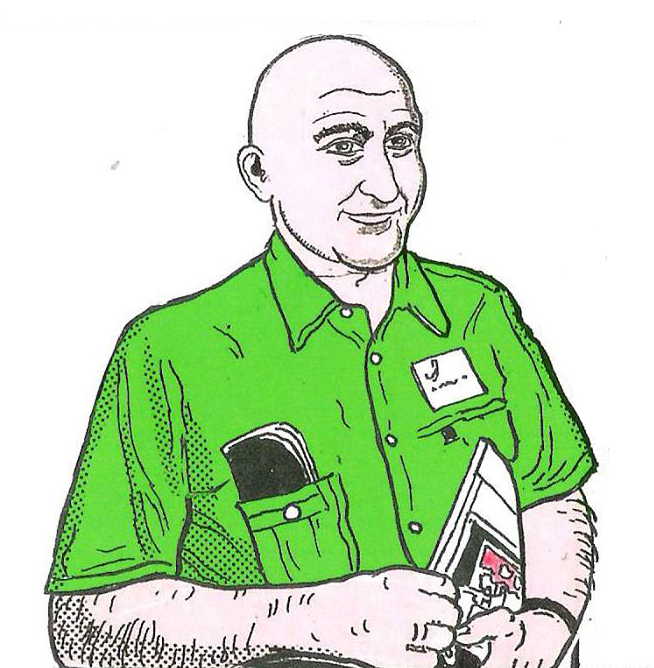 Emil V. Abrahamian (born 1 September 1926) is an American internationally syndicated cartoonist, based in Winter Springs Florida. Abrahamian was born on September 1, 1926, in Buffalo, New York. He attended Albright Art School at University in Buffalo. He has worked as a Senior Graphic Art Specialist and Military Handbook Coordinator for Bell Aircraft, Sylvania Electronics, Scott Aviation, and Sierra Research. Abrahamian is an army veteran who served in the Second World War. He uses his art to tell his stories while honoring the servicemen and women. During his career, Abrahamian became a syndicated Cartoonist twice and for a time had two comic strips and four panel cartoons published worldwide. His patriotic artwork, honoring the military including the Desert Storm era, has been used to raise funds for organizations such as the USO, Walter Reed, Florida Hospitals, and Wounded Warrior Project. He has received recognition and personal letters from various American political figures, including Richard Nixon, Ronald Reagan, George W. Bush, Barbara Bush, and Donald Trump. Several of his pieces and letters are archived in the George W. Bush Presidental Library in Texas. He also drew a cartoon titled “Patriotism Flies High,” featuring the American astronaut and senator John Glenn in his Project Mercury spacesuit. In 2014, the artwork was added to the John Glenn archives at the Ohio Congressional Archives at Ohio State University. Abrahamian is a member of the National Cartoonists Society and American Legion. He currently resides in Winter Springs, Florida. He is 93 years old (as of June 2020) and continues to create cartoons.