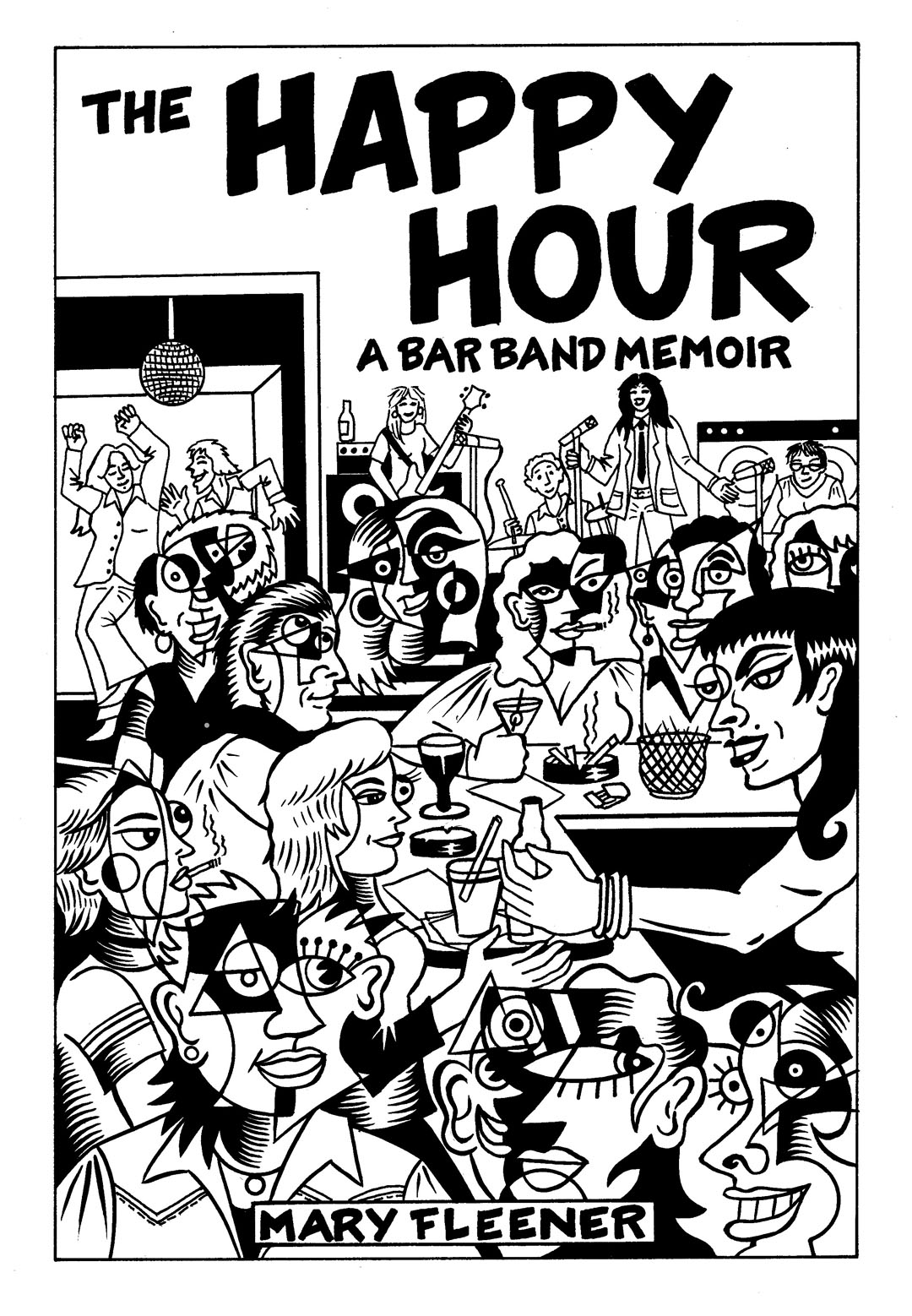 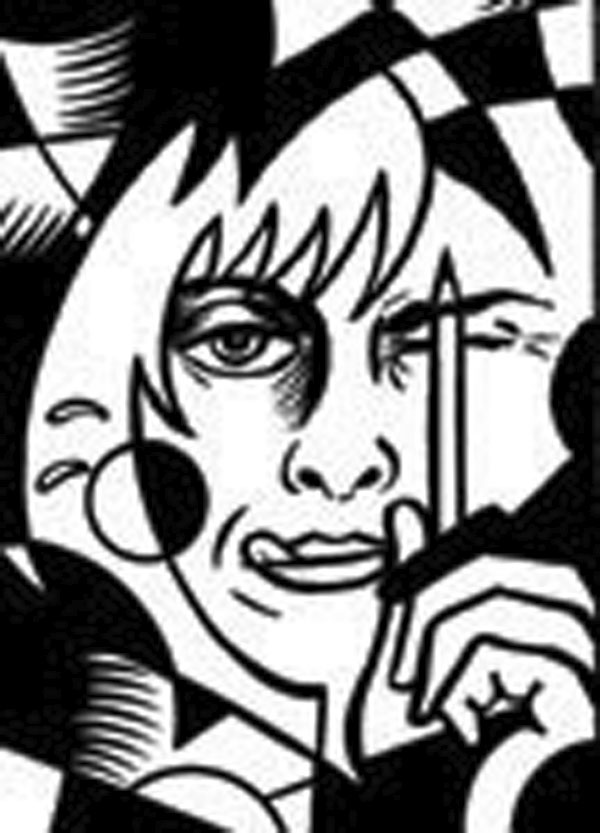 Fleener got into the comic world by self publishing her own work in the mid 80s’, and is best known for her title, Chicken Slacks, an anthology of illustrated song lyrics by various contributors. Her first solo title was HOODOO in 1988, which were cartoon adaptations of Zora Neale Hurston’s work, and this inspired her do her own  autobio stories in the series Slutburger (5 issues), and these were collected in the book LIFE OF THE PARTY (Fantagraphics, 1994). Since then her work has appeared in many anthologies such as Twisted Sisters, Weirdo, Wimmen’s, Hotwire, Drawing Power, Mineshaft, Buzzard, and others. Her first Young Adult graphic novel was Billie the Bee (2016, Fantagraphics), and she is currently working on a 200 plus page “bar band memoir” called The Happy Hour. She has also done illustration work for many magazine, paints with acrylics on canvas, black velvet oil painting, and works with clay making functional items. Fleener also plays electric bass, guitar, dulcimer, and is learning drums. She’s been a semi professional musician since the 70s’, and continues to play gigs with her husband in a band called The Wigbillies. She is also an avid organic gardener. Fleener’s goal is to never grow up and maintain a healthy distrust of authority. You can see her work at her website: www.maryfleener.com.