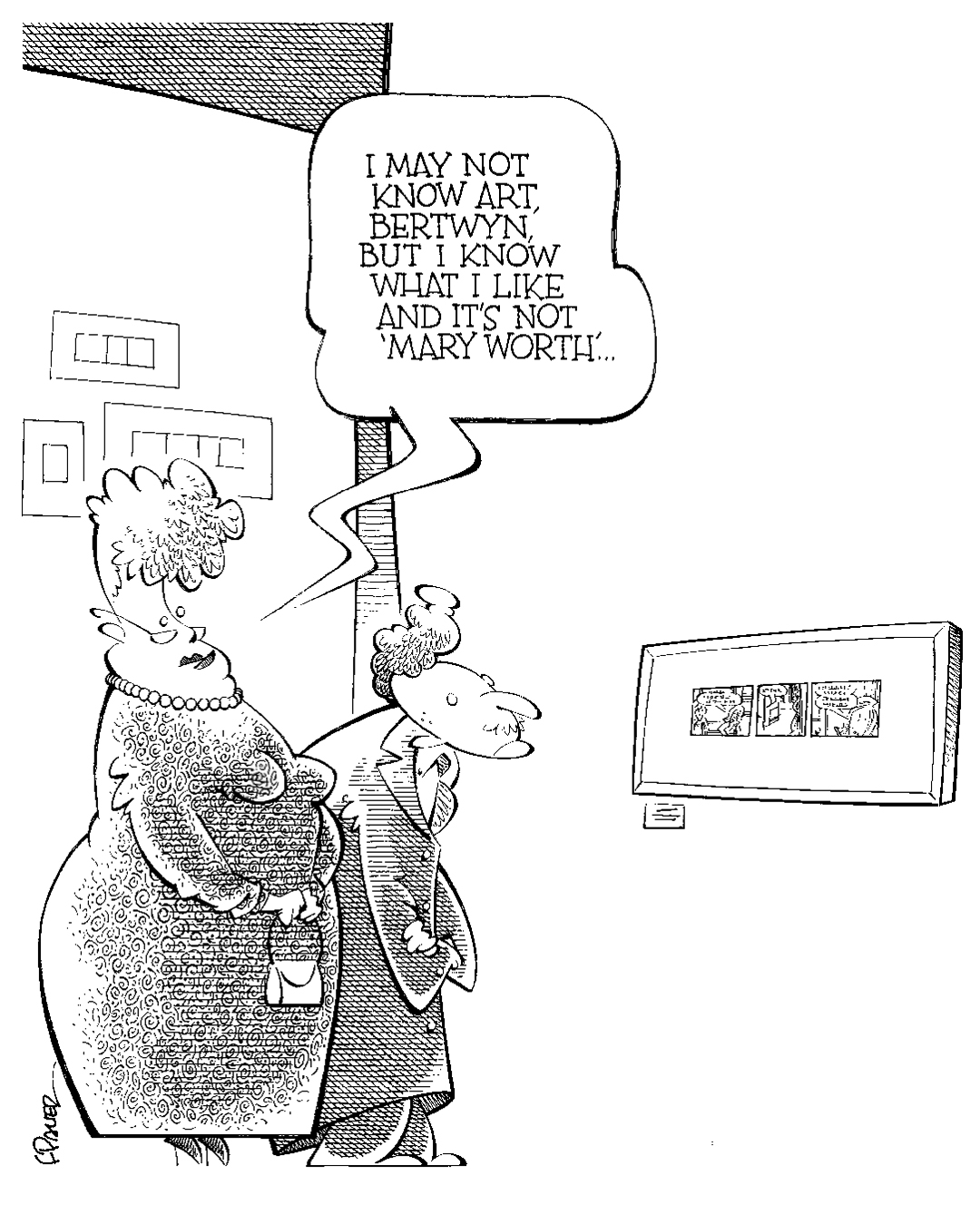 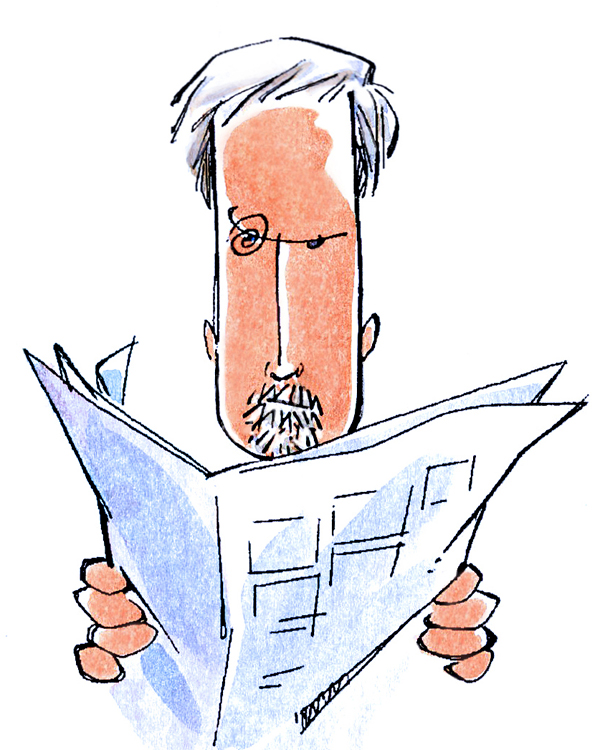 Born in Dayton, Ohio. Like many kids, I collected comic books; unlike many of them, I kept mine. While planning my career in Mr. Greenwood’s 7th-grade science class, I was persuaded to write a 500-word essay titled “Why I Should Not Draw Cartoons in Class.” An uninspiring art teacher left me disillusioned, so I took no art (but four years of drafting) in high school. Never thought that I could actually make a living by drawing, and didn’t cartoon much more until after I attended Central Academy of Commercial Art in Cincinnati, where I spent two years getting an education but no degree.

Returned home to three years of advertising art at Dayton Newspapers and then many more years as a staff artist, beginning with The Journal Herald. Dayton’s newspapers merged in the mid-’80s, and along with a stint as art director, began designing pages after seeing how badly my art was being displayed. Ended up designing the alumni magazine for the University of Dayton, and illustrated a bit there, as well.

Recipient of the Charles M. Schulz Award for Cartooning and the NCS Silver T-Square for my efforts in putting the Society’s publication “The Cartoon!st” together every couple months. Freelance design for many cartoon-related projects, and among others have designed several publications for the Billy Ireland Cartoon Library & Museum.