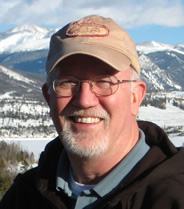 A cartoonist and painter living in Richmond, Virginia, Gary Brookins began working with Jeff and Chris on “Shoe” in 1999, originally drawing the dailies while Jeff continued providing the art for the Sunday strip. Following Jeff’s passing in June, 2000, Gary went into full art production mode for both the dailies and the Sunday ‘toons. He also draws another brilliant MacNelly creation, the cartoon panel “Pluggers” which Jeff turned over to him in 1997. Syndicated by Tribune Media Services, the feature appears in 75 newspapers nationwide, including the Boston Globe, Dallas Morning News, Denver Post, St. Paul Pioneer-Press, Pittsburgh Tribune-Review, and Richmond Times-Dispatch. After a long career as a syndicated political cartoonist based at the Richmond Times-Dispatch, Gary has escaped the daily grind of nine-to-five office life, traded in his India ink for oil paints and is happily meandering back roads all over the South, searching for those great American icons, rusty old Fords and Chevys. His painting blog is: http://rustybumpers.blogspot.com A native of Florida, Gary received a BA degree in Studio Art from the University of West Florida. He and his wife, Janet, have four sons, two daughters-in-law and three grandchildren.