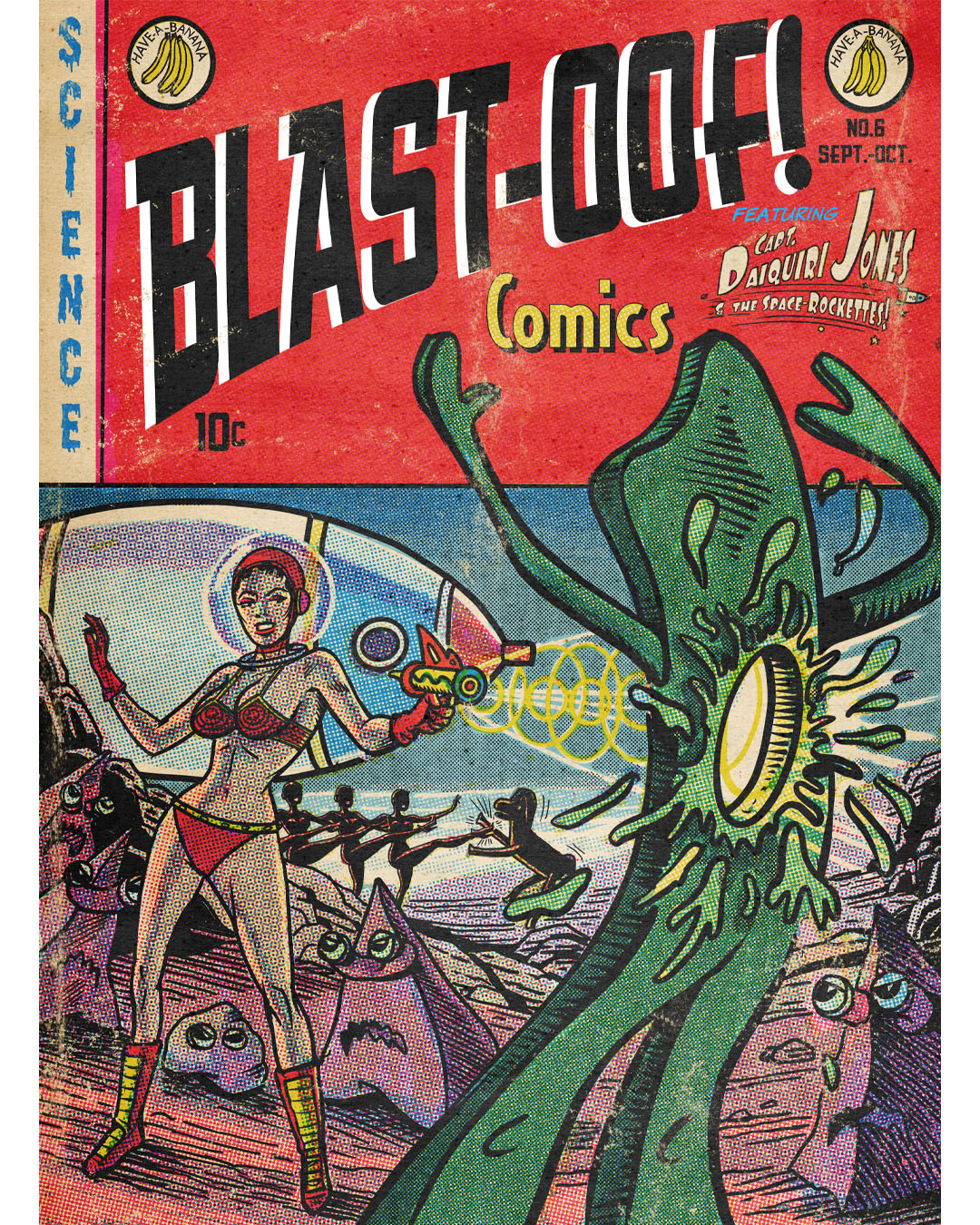 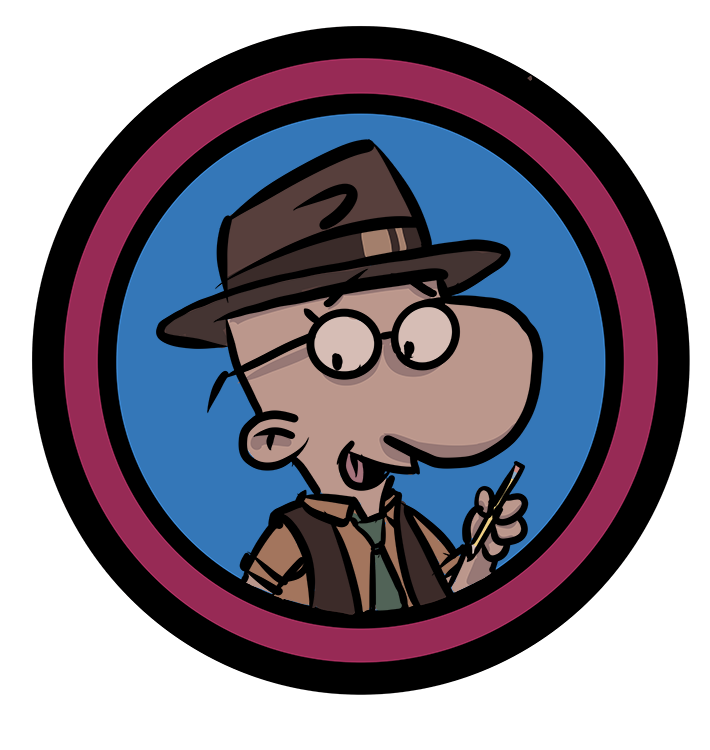 Geoff Grogan has been an independent cartoonist for more than 25 years and a working artist for much longer.  He was a Xeric award winner (Look Out! Monsters; 2007), when that was still a thing, and cartoonist of two comic strips formerly at GoComics.com (Plastic Babyheads from Outer Space and Jetpack Jr.). Before, in and around that time, he self-published four issues of a slightly tongue-in-cheek super-hero adventure, Dr. Speck, serialized a graphic novel (Nice Work) on the late-lamented website, ModernTales.com, and produced an over-sized mixed-media comic book, fandancer, identified as a “notable comic” by Houghton-Mifflin’s America’s Best Comics series(2011).

In 2010-11, he co-published (with Kevin Mutch of  Fantagraphics’ The Rough Pearl) an oversize broadsheet newspaper of alternative comics; pood, featuring his own work alongside award-winning creators such as Mutch,  Jim Rugg, Bisakh Som and Joe Staton, among many others.

Most recently, he has been working on another humor-adventure comic book series, Green Screen, the first two issues of which have been successfully funded on Kickstarter. Currently he is hard at work on a brand-new project featuring his faux-retro heroine, Captain Daquiri Jones and the Space-Rockettes, a 1950’s style sci-fi adventure comic.

He is an Associate Professor of Art and Art History at Adelphi University, where he teaches a variety of classes on comics and animation

His comics-oriented collages and paintings have been exhibited nationally and internationally, most prominently at the prestigious Drawing Center in lower Manhattan.

As a side-project, in 2018 Grogan began a podcast called Blockhead: Cartoonists talk Comics on Apple Podcasts, Spotify and Pandora, where he has been fortunate enough to have great conversations with many of his favorite cartoonists, including: Ray Billingsley, Lynn Johnston, Brian Walker, Seth, Mike Allred, Joe Staton, John Rose and many others.

He lives happily in a country home near his hometown of Endicott ,NY, with his wife, two dogs and two cats, on a sprawling 20+ acres.