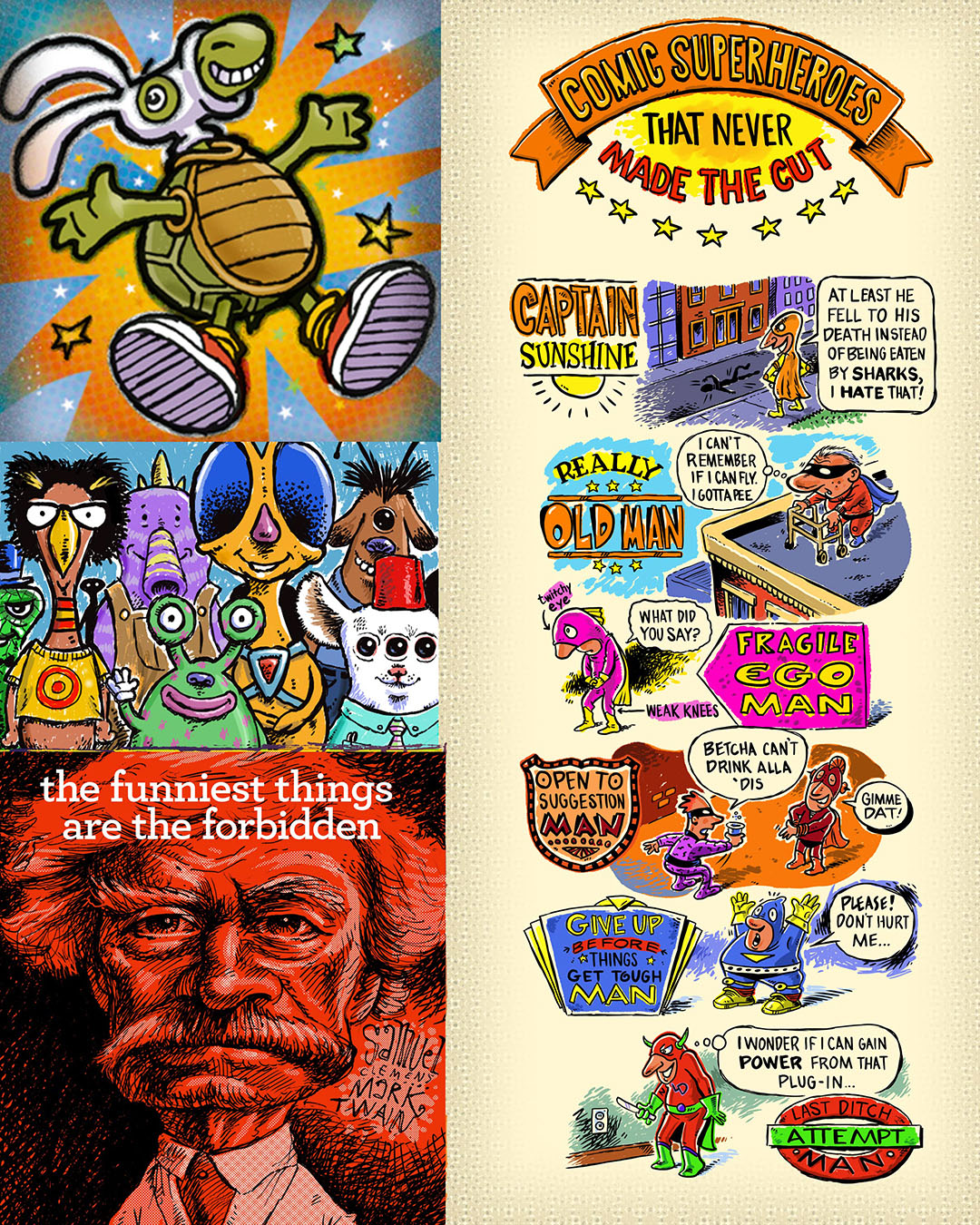 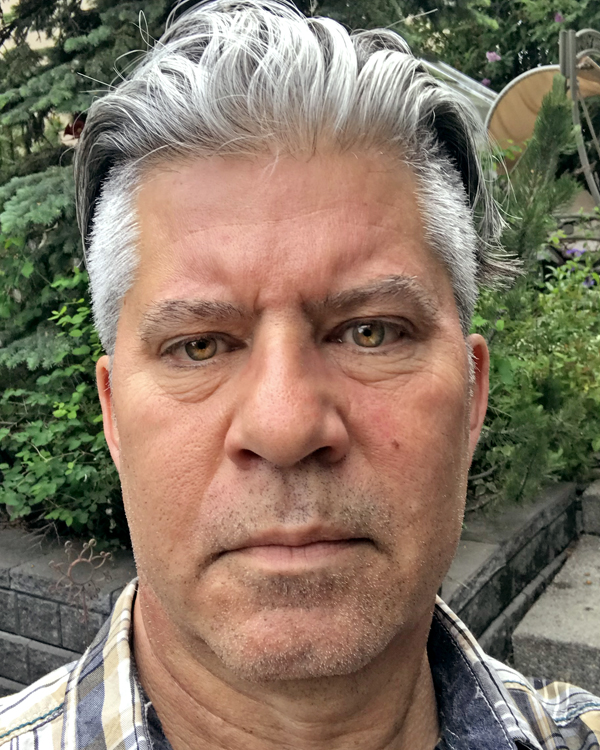 Guy’s cartoon career got started late, he was almost ten when he got hooked on it. From caricatures of the teacher to winning the School newspaper masthead competition, there was no stopping him. He graduated from the Alberta College of Art + Design in 1988 and has cartooned since. Most of his work is for the advertising and publishing industries. Strange enough, he won two awards for Illustration in 1998 in the Graphic Designers of Canada Peak Competition and one award for Illustration from Applied Arts Magazine in 2014. He lives in Calgary, Alberta, Canada, at the foot of the Rockies. His clients include the Wall Street Journal, Sports Illustrated, Outdoor Canada and a lot of companies that shall remain nameless. In 2019 he completed his Masters degree in Illustration at the University of Hertfordshire, completing a 48 page graphic novel called “humornatomy”.