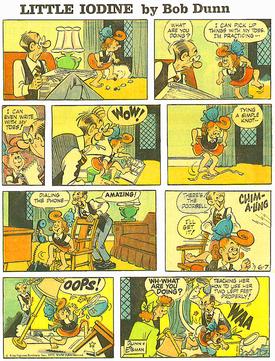 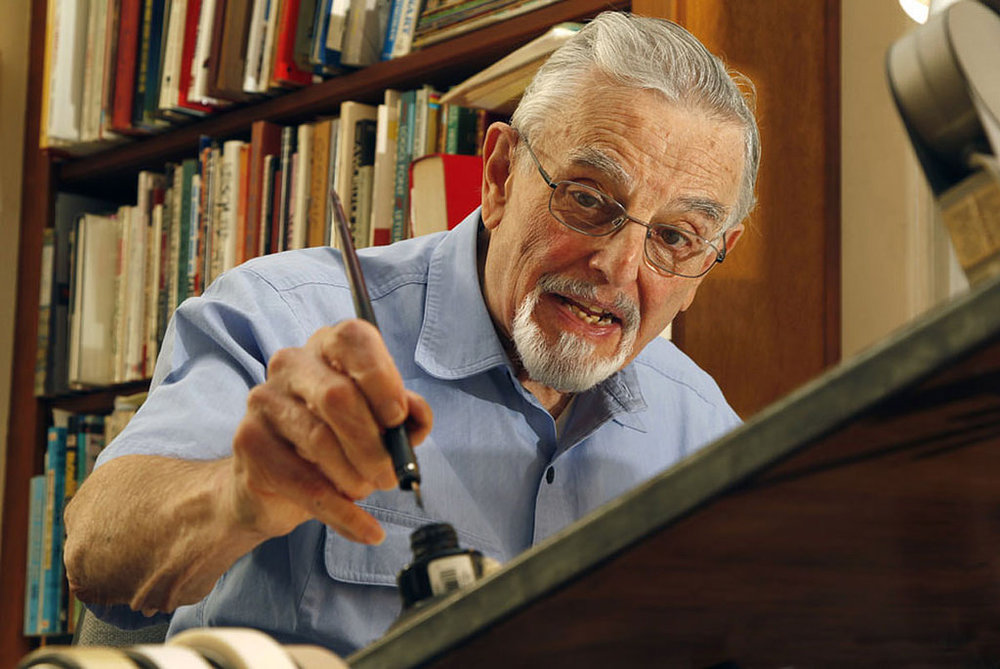 Hy Eisman writes and draws the Sunday strips for Popeye and The Katzenjammer Kids. In December 2008, Eisman introduced the character of Bluto to the Popeye Sunday strips, as the twin brother of Brutus. He entered the comic strip field in 1950 and worked on several strips, including Kerry Drake, Little Iodine and Bunny. In comic books he was the last artist doing Little Lulu before it was cancelled in 1984. He took over The Katzenjammer Kids in 1986 and the Popeye Sunday strip in 1994. An interview with Eisman on his career appeared in Hogan’s Alley #15 (2007). In 1976, Eisman, who lives in Glen Rock, New Jersey, became a teacher at the Joe Kubert School of Cartoon and Graphic Art. Eisman won the 1975 National Cartoonists Society’s Award for Best Humor Comic Book Cartoonist (for Gold Key’s Nancy comic books). In 1983, he received a National Cartoonists Society Award for his work on the Little Lulu comic book.