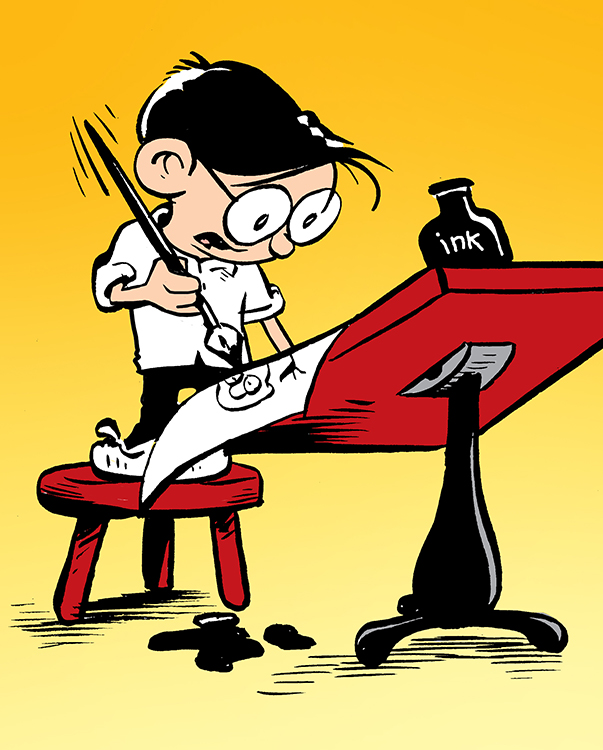 I jumped into the world of comics in the mid ‘90’s with an animal strip aptly named “Second Nature.” My wife Anne was my partner on the project, and for two years we cranked out comics together and mailed them to a large and growing list of subscribers.

After retiring Second Nature, I developed another comic that included a 10-year-old boy. He had a small role at first, but the precocious kid had a lot more to say. It wasn’t long before he started demanding bigger roles, which he eventually got.

In November 2006 King Features launched “The Brilliant Mind of Edison Lee” in about 80 newspapers. Edison was nominated for the National Cartoonists Society’s “Best Newspaper Comic Strip” Silver Reuben Award for the years 2009, 2018, and 2021.