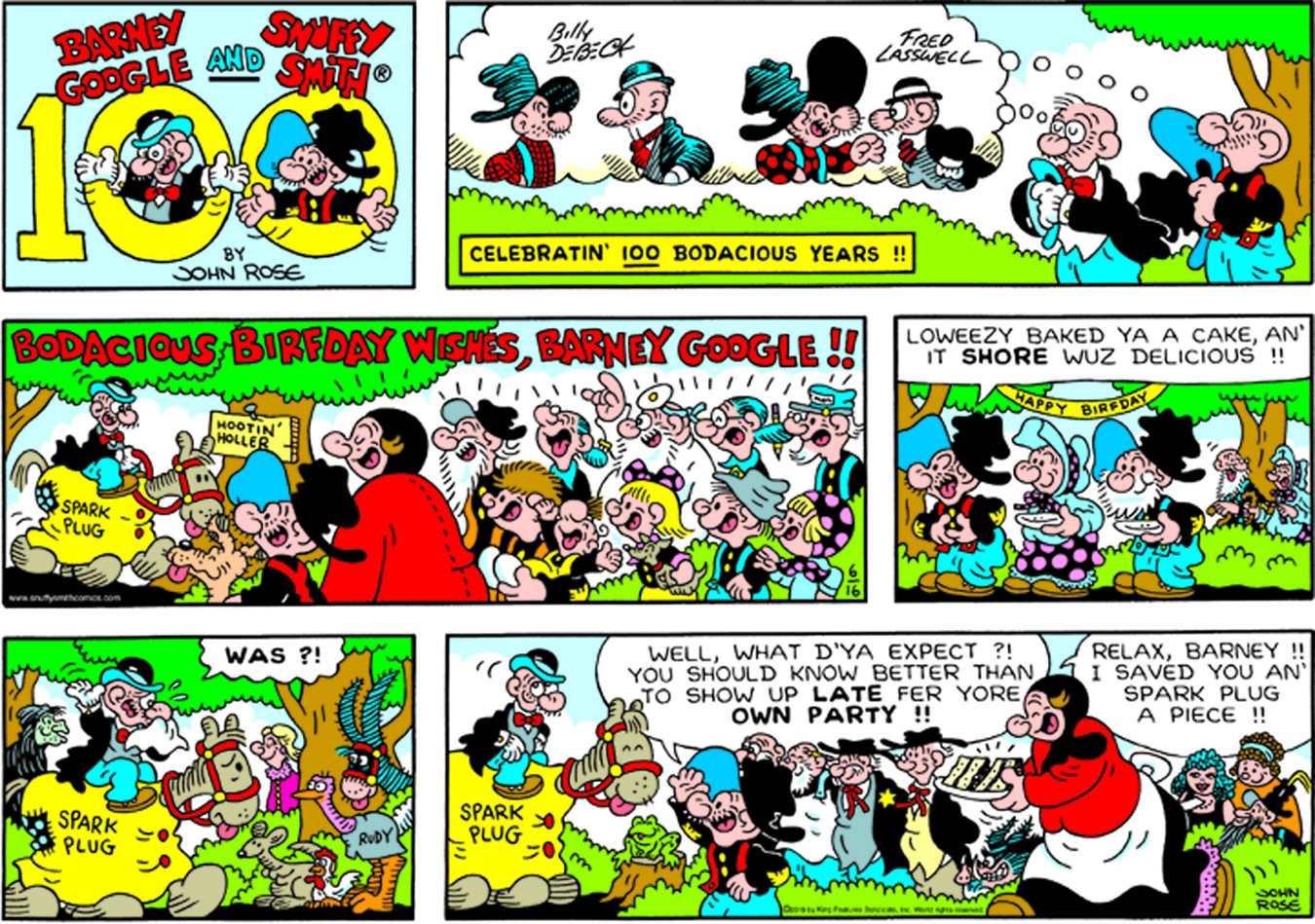 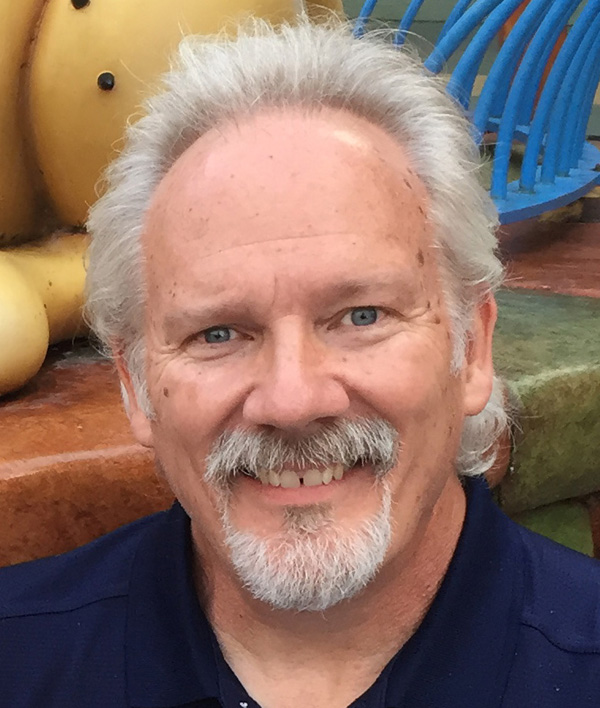 Growing up in the 1960s and 1970s, Rose fell in love with the work of Walt Disney, Jim Henson, Dr. Seuss and many of the cartoonists whose work was featured on the newspaper comics page and in Saturday morning cartoons!
Since mid-1998 he has been working on King Features’ Barney Google and Snuffy Smith comic strip. He began as an inking assistant to cartooning legend Fred Lasswell and became the strip’s full-time cartoonist after Lasswell’s death in March of 2001. Three collections of Rose’s work on Barney Google and Snuffy Smith have been published: “The Bodacious Best Of Snuffy Smith” (2013), “Balls Of Fire! More Snuffy Smith Comics” (2016) and “Snuffy Smith In His Sunday Best” (2018). All three are available on Amazon.com. Rose frequently does Snuffy Smith Cartooning Chalk Talks for civic organizations, corporate groups, schools and festivals. He feels bodaciously blessed to get to work with the wonderful characters in this comic strip every day and enjoys sharing this with audiences in his chalk talk presentation. In 2019, the comic strip celebrated a milestone–its 100th birthday!  More details on Wikipedia.

Rose graduated from James Madison University in 1986 with a bachelor of fine arts degree, double-majoring in art and art history. He joined Byrd Newspapers of Virginia (now Ogden Newspapers) in 1988, starting at the Warren Sentinel and then moving to the Harrisonburg Daily News-Record. His editorial cartoons have been recognized by the Virginia Press Association. In 1991, he created Kids’ Home Newspaper, a weekly children’s cartoon/activity page that is syndicated with Creators Syndicate. It spawned six activity books in the 1990s. Three with Pelican Publishing Company and three with Nancy Music Company. Rose was a writer and inker for Archie Comic Publications for several years, as well.
In 2015, Rose was presented the Lum And Abner Memorial Award Award in Mena, AR, by the National Lum And Abner Society for his contributions to rural humor as the cartoonist for the Barney Google and Snuffy Smith comic strip. In 2017, at Walt Disney’s Hometown Toonfest in Marceline, MO he was one of four cartoonists chosen as a Toonfest honoree. In 2018, Rose was awarded First Place from the Tennessee Press Association for Best Use Of Humor In An Ad for a series of wildfire prevention public service newspaper ads featuring Snuffy Smith. He created these “Snuff Out Wildfires Before They Start” ads for the Knoxville News-Sentinel and the Tennessee Press Association after devastating wildfires hit eastern Tennessee. In August of 2021, Rose was awarded the Jack Davis Award for South East Cartoonist Of The Year by the South East Chapter Of The National Cartoonists Society at their annual meeting in Salisbury, NC.
Since 1993 he has lived in Harrisonburg, VA with his wife, Karen. They have two adult daughters and one son-in-law. In his free time, he enjoys reading comics, traveling, spending time with his family, freshwater fishing and following James Madison University sports.