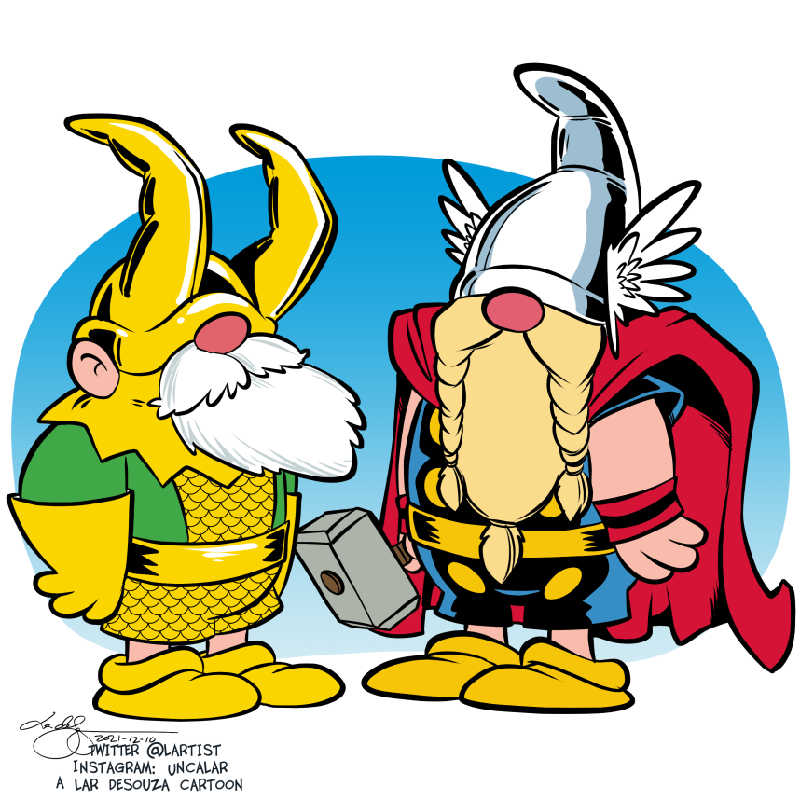 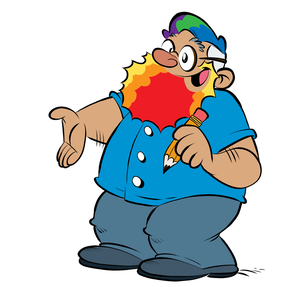 Lar deSouza, beard advocate, noted hat enthusiast and Internet Uncle, is really good at sitting. He sits like a champ. And when he sits, he draws. Like, a LOT. For the past 17 years, Lar has been pulling double duty as the cartoonist for the 2008 Shuster Award winning online comic “Looking For Group” (LFG.co) and the comic “Least I Could Do” (LICD.com). Lar has also been the recipient of the Prix Aurora Award for Artistic Achievement in Canadian Science Fiction (2008, 2006) and numerous other awards for caricature and cartooning. He was born to humble surroundings on a Hallowe’en night many years ago. After an apparently normal childhood, he attended Sheridan College of Visual Arts where he obtained diplomas in Illustration and Computer Graphics. While other artists might have muses that look like Grecian oracles, Lar’s wears three fingered gloves and speaks in a shout. It was only a matter of time before professional cartooning called his name. He has been artistically active in fandom for many years, garnering a reputation as a passing fair cartoonist and a sick puppy. He has no idea what to write for programme bios and suggestions are welcome. The Hallowe’en bit is true. And yes, he does look like his caricature.