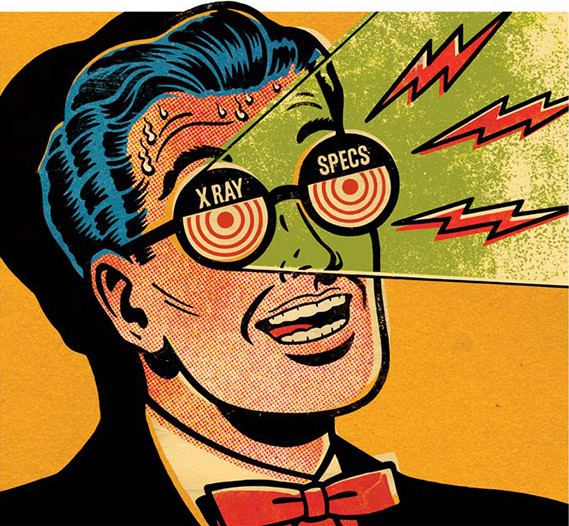 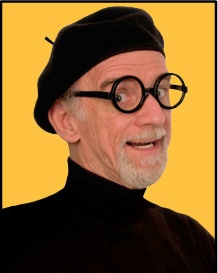 Lou Brooks is a self-taught American illustrator, cartoonist, and author. He is best known for his precise bold line work and graphic reinterpretation of mid-twentieth century comics, magazines, advertising, and other popular culture from the period.

Beginning in the 1970s, Brooks’s art has appeared in just about every major national publication, including fourteen commissions for Time and Newsweek covers, as well as six for the German news publication Der Spiegel. Other publications in which his illustrations have appeared include The New Yorker, The Atlantic, The New York Times, The Washington Post, The LA Times, The Wall Street Journal, Rolling Stone, Fortune, Money Magazine, Vanity Fair, Sports Illustrated, Wired, and Reader’s Digest, to name a few. In 1985, Parker Brothers commissioned Brooks to redesign the Monopoly game logo and illustrate an updated version of the character Mr. Monopoly (formerly known as Rich Uncle Pennybags). He was also commissioned at the time to develop and illustrate the game’s special “50th Anniversary Commemorative Edition” embossed tin box packaging. The art was also carried over onto the more traditional cardboard game box which was revised especially for the Anniversary. His Monopoly design and logo is still familiar to anyone who has played the game. Major advertising clients include: Coca-Cola, Pizza Hut, Budweiser, Dr. Pepper, CBS, NBC, Milton Bradley, Nikon, Sony, IBM, TWA, Clairol, Verizon, AT&T, and Exxon. His art has been animated for television by MTV, Nickelodeon, and HBO. In 1984, he was jury chairman of The New Illustration Show at the Society of Illustrators in New York City. In 1988, he was jury chairman of the Humor ’88 Show at the Society. He has served on juries for various art competitions for Atlanta Art Directors Club, Society of Publication Designers, Creative Club of Boston, and Columbus Society of Communication Arts, among others. He’s been a featured speaker at various organizations and Universities. Starting in 1983, he was a guest lecturer for several years at American Illustration Weekend, New York City. Brooks has been credited as a pioneer of infusing high-profile illustration assignments with the sensibility of low brow comic book iconography. Bob Staake, in his book The Complete Book of Humorous Art, wrote: “In many ways, Brooks’s impact is similar to the effect that Andy Warhol had on the world of art. If Warhol said it was okay to call soup cans art, Brooks said it was okay to call old comic book imagery humorous illustration.”