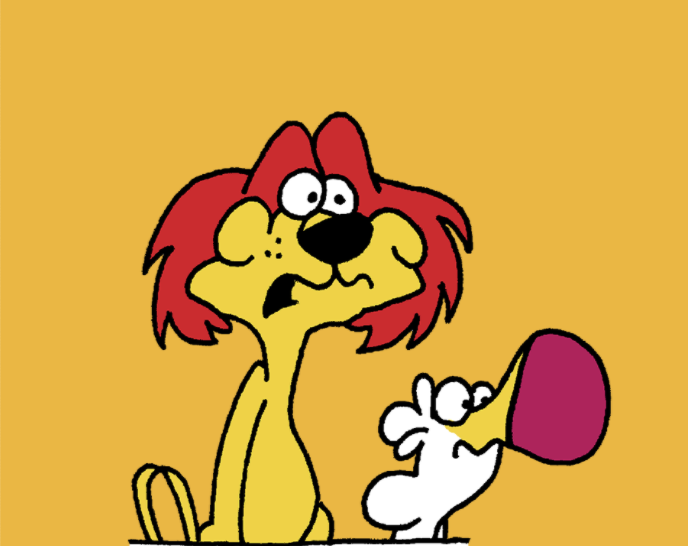 Mr. Osbun was born and raised in Clifton, New Jersey. Growing up he realized early on that he wanted to create his own comic strip and was influenced by reading and studying the classics of the time, Blondie, Peanuts, Beetle Bailey, and Hagar the Horrible. While attending Montclair State College and working part time at the North Jersey Herald News, he continued to write and submit comic features to professional cartoonists and syndicates to solicit opinions on how to improve his writing skills and artwork. After graduating college with a degree in marketing he continued working in various positions at the North Jersey Herald News, and later in the advertising department of a major Northeast supermarket chain, all the while still pursuing his artwork. In 1992, he decided to relocate to Florida with his new wife Jackie. He took a temporary position with the Walt Disney Company that gave him enough free time to throw all of his energy towards pursuing his goal of becoming a full-time freelancer. At that time, he branched out into Editorial Cartooning, getting his works published in a variety of local weekly papers – the Sumter County Times, the Chiefland Citizen, the Riverland News and the Brevard Reporter – as well as a daily newspaper, the Citrus County Chronicle. He has won numerous Florida Press Association awards for his work. He eventually left the Walt Disney Company, worked part-time for a brief period at the Sumter County Times and eventually reached his goal of being a full-time freelance writer and artist. His major break into the field of Editorial Commentary occurred in 1999 when he was accepted as an Editorial Opinion Arts contributor for the Los Angeles Times Syndicate, distributed in both national and international markets. At the same time, he began writing gags for well-known comic features. He continues to do so today, and his clients include the likes of Dennis the Menace, Dustin, Wizard of Id, B.C., Marmaduke and Animal Crackers, as well as the (sadly) now retired Grin & Bear It. When he can tear himself away from his drawing board and the computer, he enjoys traveling and reading, with interests in World War II, Colonial America, the classic literature and is a great admirer of Arthur Conan Doyle’s Sherlock Holmes