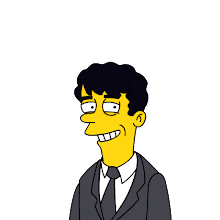 I’m interested in all aspects of comic art. I’m coauthor of the Comics Research Bibliography which is posting at http://ijoca.blogspot.com and on Facebook, editor of Exhibition and Media Reviews, and general assistant editor of the International Journal of Comic Art, and have written for Hogan’s Alley and the Comics Journal. My most recent article is in White House History on the cartoon-decorated Hay-Adams Hotel bar, Off the Record. I’ve been a judge for the RFK Journalism Awards editorial cartoon division from 2009-2022 and in 2015, 2016 & 2020, I was a Herblock Award judge. I’ve edited Harvey Pekar: Conversations, a book of interviews for the University Press of Mississippi which is available now. In 2012, I edited and published Biographical Sketches of Cartoonists & Illustrators in the Swann Collection of the Library of Congress by LOC’s curator Sara Duke. In 2014, I co-edited The Art of Richard Thompson and The Incomplete Art of “Why Things Are” by Richard Thompson in 2017. In 2008 for my ComicsDC blog, I was chosen Best (Comics) Art Blogger by the Washington City Paper and from 2010-16, I wrote on comics for the Washington City Paper. You can see most of my writings at my Academia.edu page. The Library of Congress and Michigan State University’s Library’s Comic Art Collection both have “Michael Rhode collections” of cartooning items I’ve donated, and MSU has individually cataloged hundreds of them. From 2015-2019, 2022-, I’m an associate member of the National Cartoonists Society. I’ve written two short comics pieces, illustrated by Kevin Rechin, for Matt Dembicki’s non-fiction comics anthologies District Comics and Redistricted.