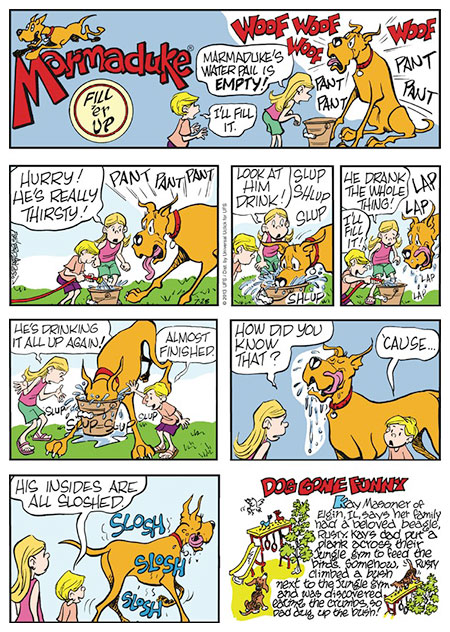 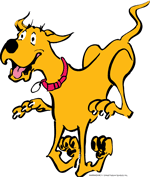 Paul is the son of Brad Anderson, the creator of “Marmaduke.” Paul now oversees and manages all of the Marmaduke operations. The strip was created by Anderson, and sold to the John F. Dille Co. (later known as the National Newspaper Syndicate) in 1954. Anderson said he drew on Laurel and Hardy routines for his ideas. Anderson illustrated the strip, writing it with help from Phil Leeming (1955–1962) and later Dorothy Leeming (1963–1969), and, after August 2, 2004, Anderson’s son Paul. The strip on Sundays also has a side feature called “Dog Gone Funny”, in which one or more panels are devoted to dog anecdotes submitted by the fans. Brad Anderson died on August 30, 2015, at the age of 91, leaving the long-term fate of the strip unknown; strips co-drawn with the help of his son, Paul Anderson, continue to be syndicated.