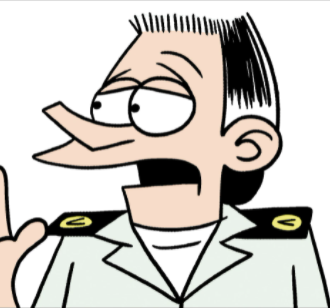 Fort Knox is a nationally syndicated comic strip written and drawn by Paul Jon Boscacci. It centers on the life of the Knox family: Major Joe Knox, his wife Jane Knox and his two sons, Donald and Wesley. The family has moved to fictional Fort Lincoln, where they must adjust to a new base, a new town and a new school. The strip was picked up for syndication by the Washington Post Writers Group in October 2009. The strip’s art has been used by the USO for a CARE package coloring contest and has been featured on the US Army website as well.