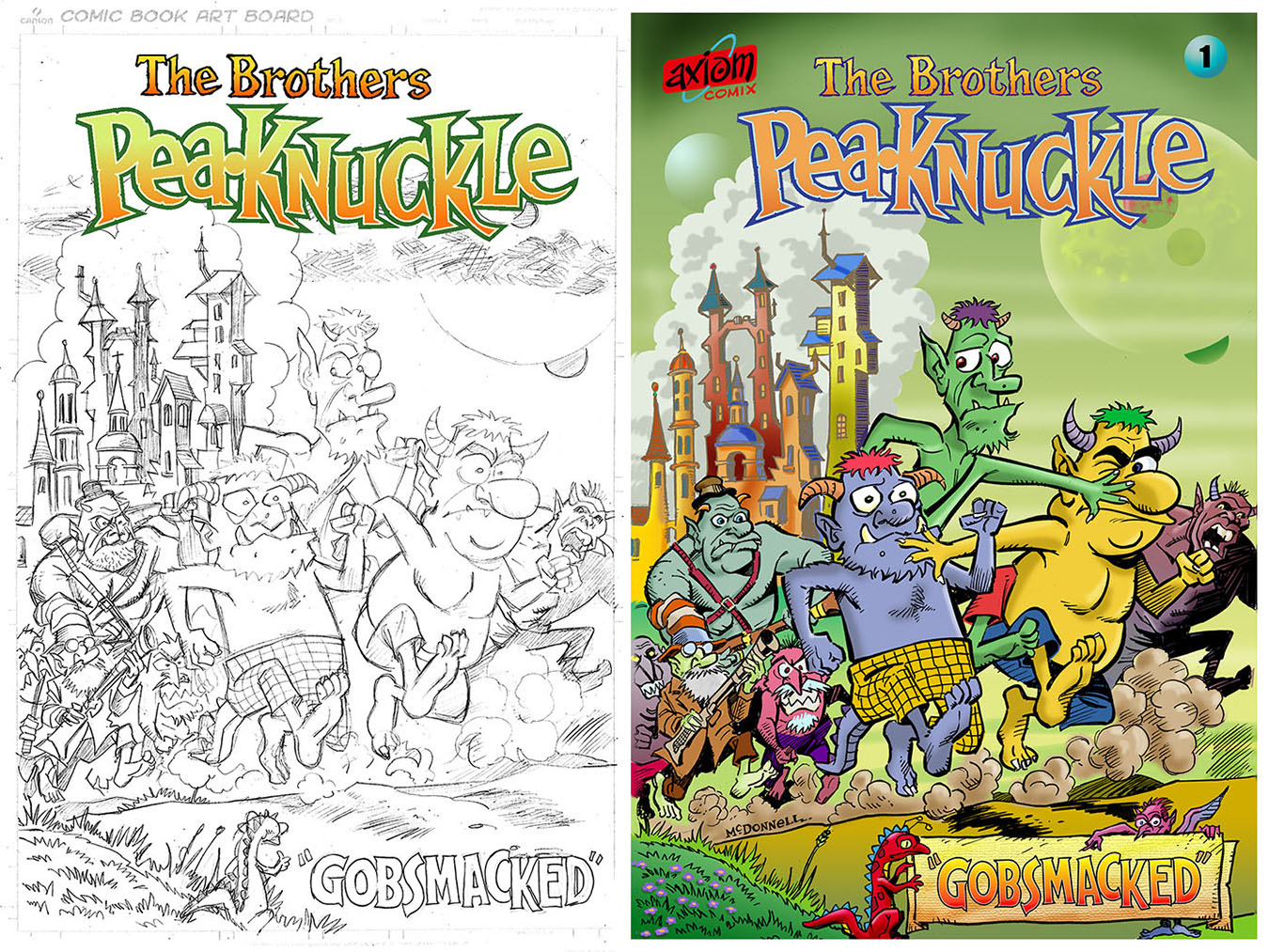 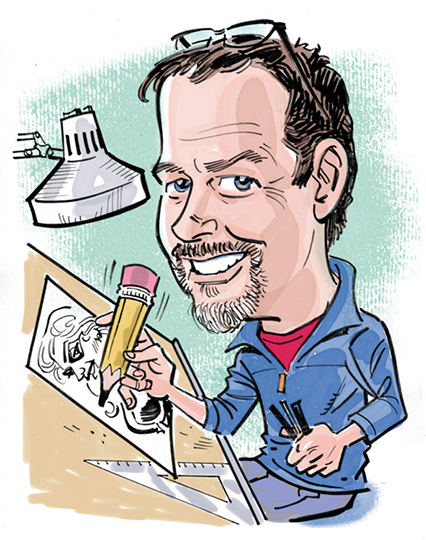 Born in Manhattan in 1959 – my twin brother Luke is also a cartoonist/comic book artist. We once shared a womb together. Our family moved out of NYC to the suburbs just north of the city, then at age 11 we moved to suburbs of Philadelphia, then at age 15 we moved to Palo Alto, CA. I went to the California College of Arts & Crafts in Oakland for a few semesters, then transferred to the Academy of Art College in San Francisco where I studied drawing, painting and illustration. I got started working for some design firms in San Francisco and did freelance work for ad agencies & magazines; I also created art and concept drawings for Sega, Activision and Galoob Toys, doing the box art for the ‘Rad Gravity’ and ‘Double Dragon’ video games–also worked on a dozen Colorforms toy projects–WWF, Disney, Teenage Mutant Ninja Turtles, Dick Tracy, Beetlejuice, Dino Riders. I pencilled stories for Hero Comics, also did a job for Marvel, and two issues of ‘Out Of The Vortex’ for Dark Horse Comics. In 1989 CRACKED magazine hired me to draw the spoof of ‘The Dead Pool’, the last Dirty Harry movie. I drew several more features for them; I then got into advertising storyboards during the dot-com boom, and continued to do comics work for magazines like National Geographic KIDS and Popular Science. I have also been doing live caricature gigs – in 2019 I had  115 gigs, then the pandemic shut that down to 15 gigs in 2020…I am happy to say it’s almost back to normal now. I draw a weekly editorial cartoon for my hometown newspaper and continue to do many kinds of freelance work and caricature commissions. I moved up to Petaluma, CA in 2003 with my wife and infant son, who is going to be 19 years old in another month! We like it here up in wine country, it’s a great town, only 35 miles north of San Francisco.