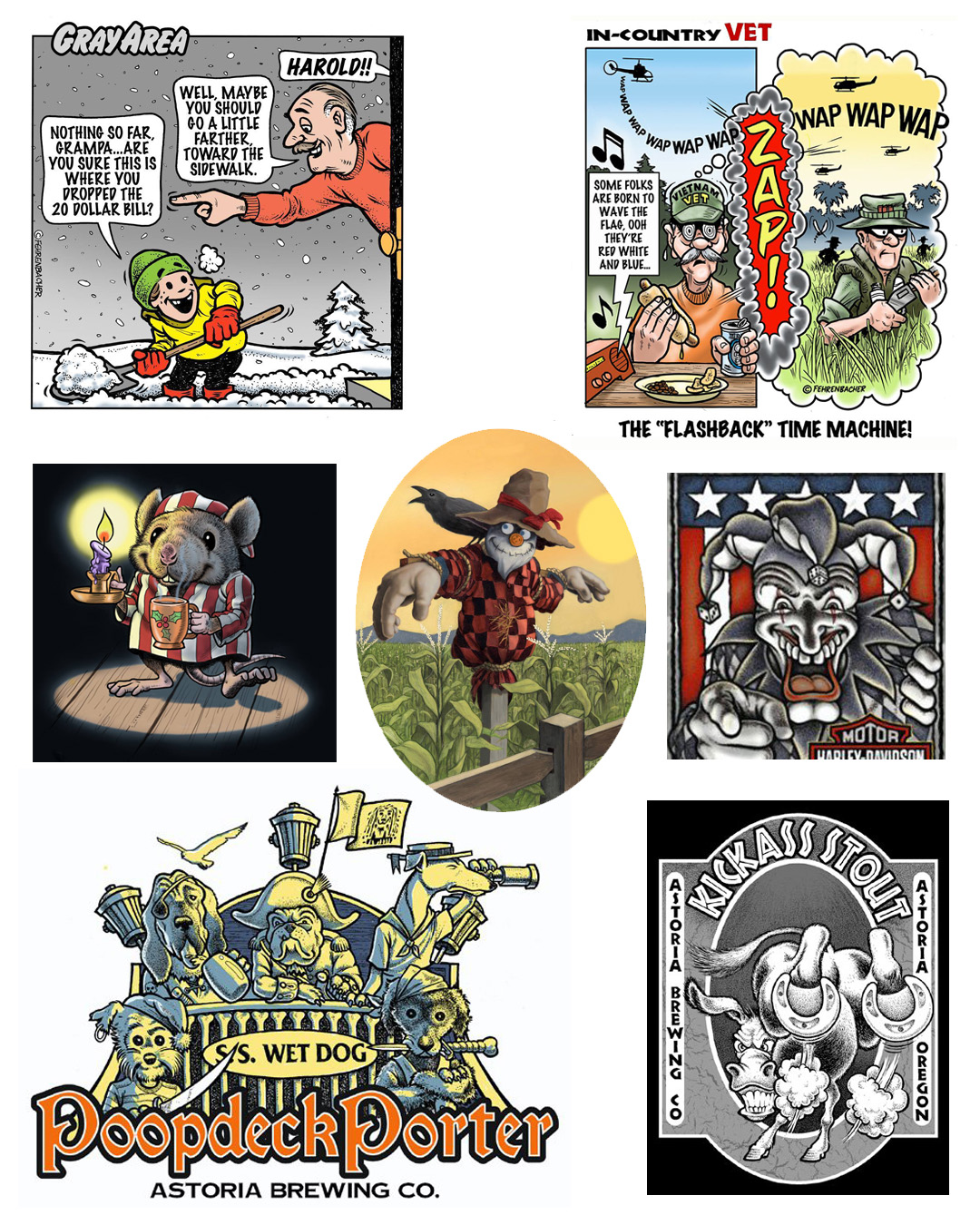 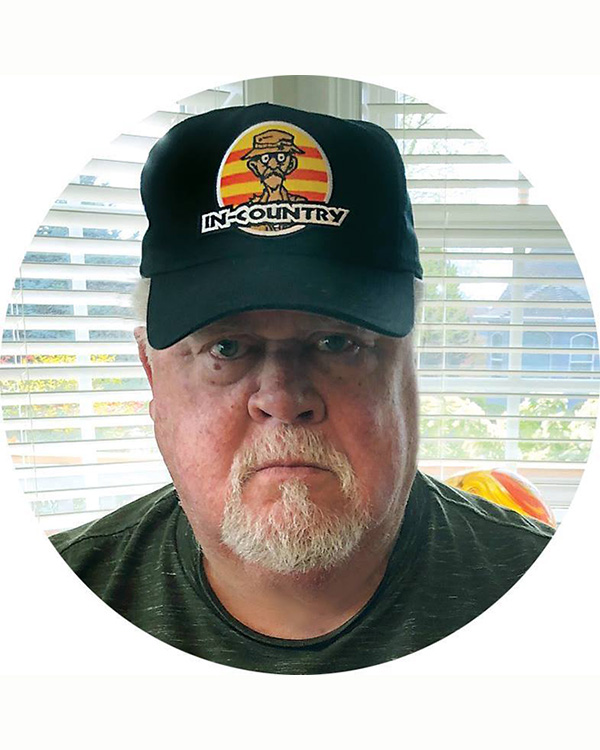 A lifelong Oregonian, I attended high school in Portland and graduated in 1965. After a four-year enlistment in the Army, my next six-years were in an auto parts warehouse packing parts and working on an order desk. After attending a three-year art school, (four hours a night, three nights a week) I landed a position as a Graphic Designer for the State of Oregon in Salem. After 26 years working days for the state and doing freelance evenings, I retired in 2003. Shortly after, a local screen printer hired me to illustrate and design t-shirts and other textile products. National accounts we worked for included: Harley-Davidson, John Deere, Louisville Slugger, International Trucks, Evergreen Aviation, and micro breweries across the US. Having never been in syndication, much of my income and work has been from commercial jobs. In 2010, after being approved for membership in the NCS, I began working on two cartoon panels. Gray Area (seniors coping in today’s society), and because of my 20 months in Vietnam In-Country, cartoons featuring situations experienced during a tour of duty South Vietnam. At this time Gray Area and two volumes of In-Country have been published and are available on Amazon. Please check these links to view samples of my work.