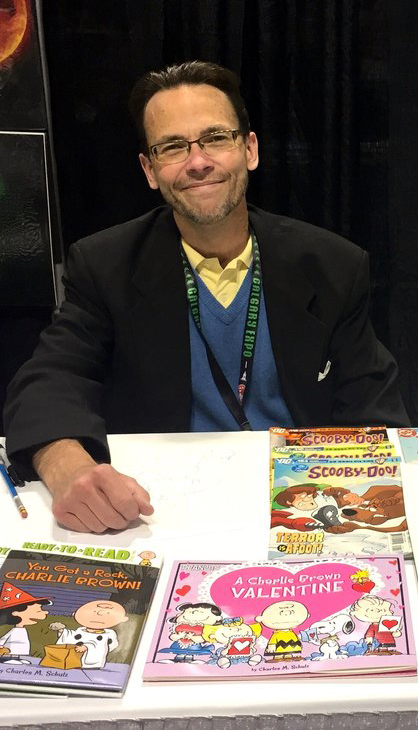 With over 30 years in animation, comic books, magazine illustration and children’s books, Robert Pope’s family has seen a great deal of the back of his head. Robert currently illustrates the PEANUTS gang for both BOOM comics and Simon Spotlights’ “Ready to Read” series. He also pencils Looney Tunes for DC comics! Robert had drawn Scooby-Doo, Batman the Brave and the Bold, Space Ghost Coast to Coast, Johnny Bravo, The Powerpuff Girls, Foster’s Home for Imaginary Friends, Grim Adventures of Billy and Mandy and many others for both comics and animation.