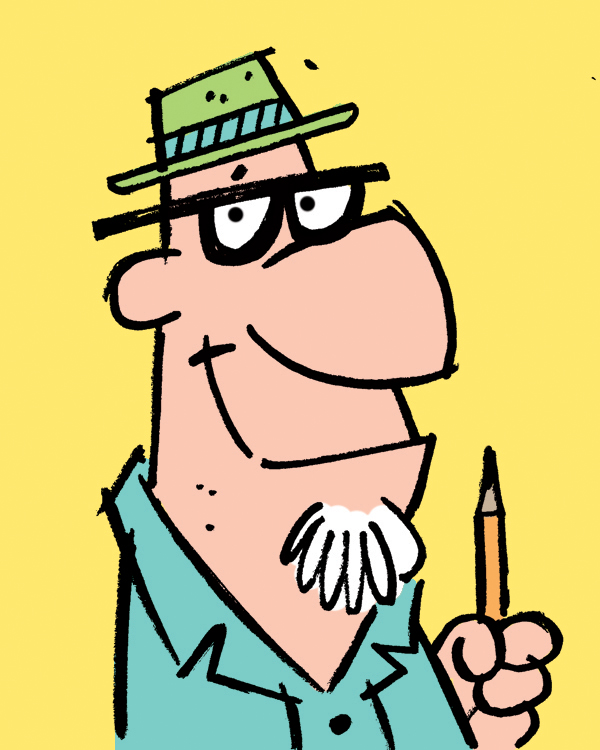 My comic strip, “Next Door Neighbors”, revolves around the world of neighbor-from-Hell, Norm Dewey – a clueless dimwit, happily underachieving his way through life – and his family. NDN is distributed by Andrews McMeel Syndication/GoComics and has been published daily (M-F) since 2016.

I have a BFA in Graphic Design (’83) from The University of Akron, where I drew editorial cartoons for The Buchtelite, winning several regional and national awards.

My cartoons have appeared in The Wall St. Journal, Woman’s World, and many other publications. I’ve also illustrated a handful of children’s books for Lerner Publishing.

In 2018, I retired from a 35-year career with American Greetings in Cleveland, where I worked in a variety of roles as a cartoonist, illustrator, graphic designer and writer, as well as art director and program director. Not all at the same time, of course, but occasionally it seemed like it. Currently under contract with Recycled Paper Greetings and I’m an adjunct professor at The Cleveland Institute of Art.

I live in Rocky River, Ohio with my wife, Joyce, and our rescue dog, Petey.