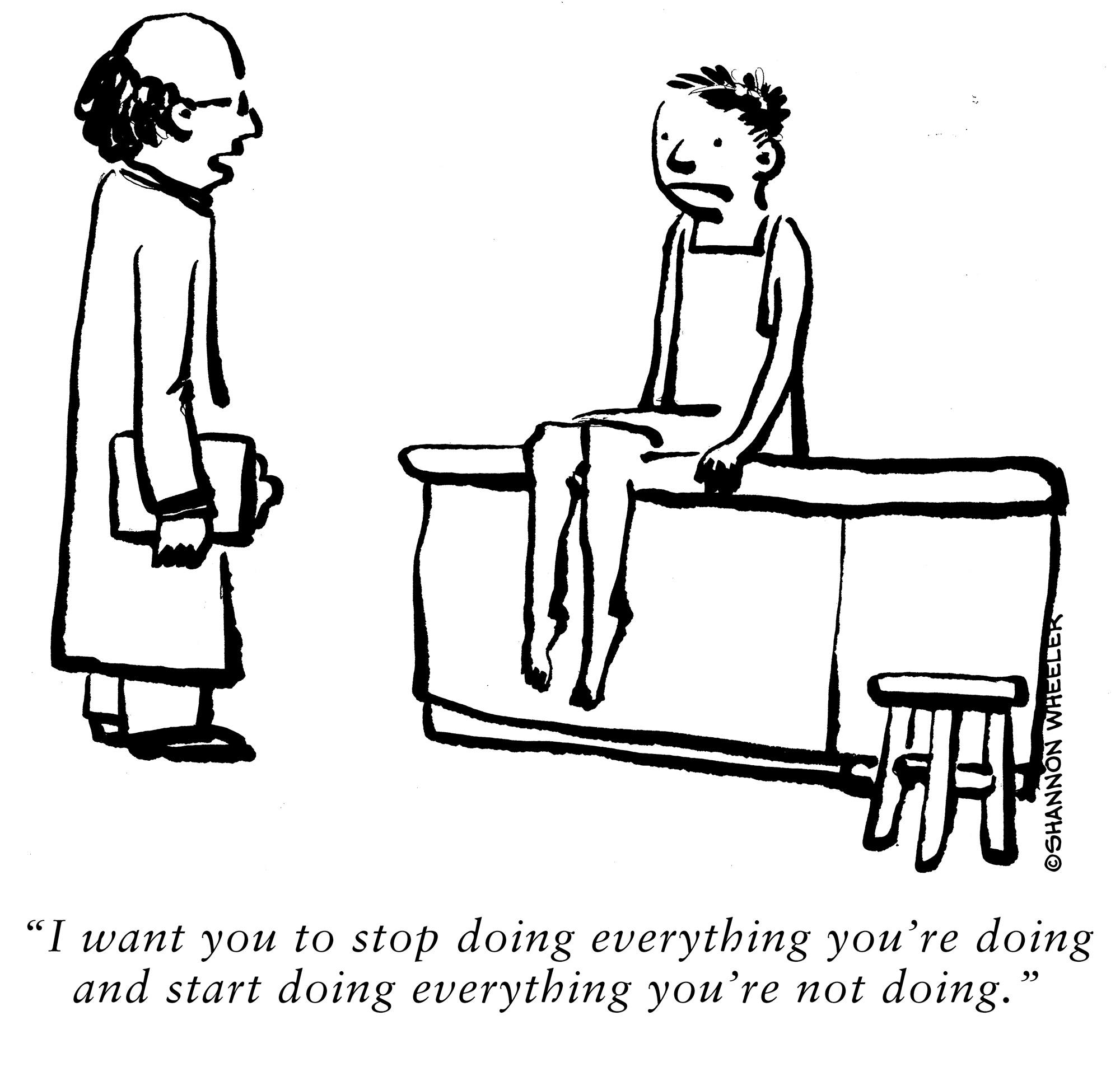 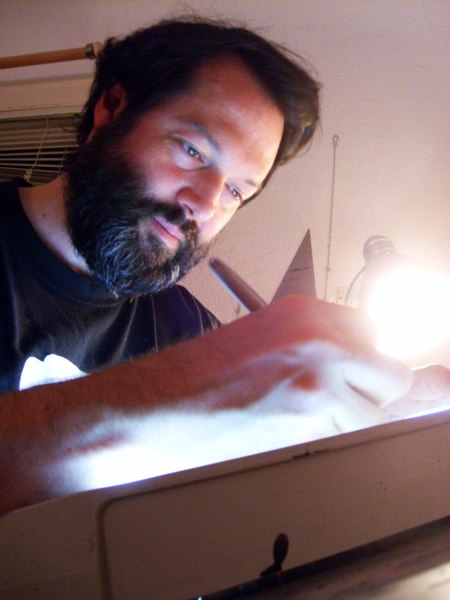 Shannon Wheeler is best known as a cartoonist for The New Yorker and for creating the satirical superhero Too Much Coffee Man. He started cartooning while at UC Berkeley, publishing his daily gag cartoons Calaboose and then Tooth and Justice in The Daily Californian. Around 1990, he moved to Austin, Texas, a state he had visited multiple times as a child to see family. In Austin, Wheeler continued Tooth and Justice for the University of Texas student paper The Daily Texan. Ending that strip, he published other daily cartoons with the paper, with titles like Life and Times and Interlude. In 1991, Wheeler created the satirical superhero Too Much Coffee Man to star in a minicomic promoting Children with Glue, a collection of his daily strips. The popularity of Too Much Coffee Man led to the character starring in a weekly comic strip in 1991. The character appeared in a series of self-published zines, comic books, magazines, and webcomics for a number of years. After Wheeler moved to Portland, Oregon, in 1998, Dark Horse Comics (based nearby) began publishing TMCM collections. In 2006 Wheeler and Daniel Steven Crafts co-produced the Too Much Coffee Man Opera (in one act), followed by Too Much Coffee Man Opera, The Refill (in two acts) in 2008. Dark Horse released the ultimate TMCM collection in 2011, the Too Much Coffee Man Omnibus; while BOOM! Studios released Too Much Coffee Man: Cutie Island and Other Stories in 2012. From 2004 until 2008, Wheeler contributed to many of the Idiot’s Guide books. His weekly strip Postage Stamp Funnies appeared in the satirical newspaper The Onion until 2009, when he began contributing to The New Yorker magazine. In 2010, Boom! Studios published a collection of Wheeler’s cartoons that had been rejected by The New Yorker called I Thought You Would Be Funnier. While initially left off the ballot for the Eisner Awards for 2011, the book went on to win Best Humor publication that year.